Home Columnist The curse of procrastination – By Yakubu Mohammed 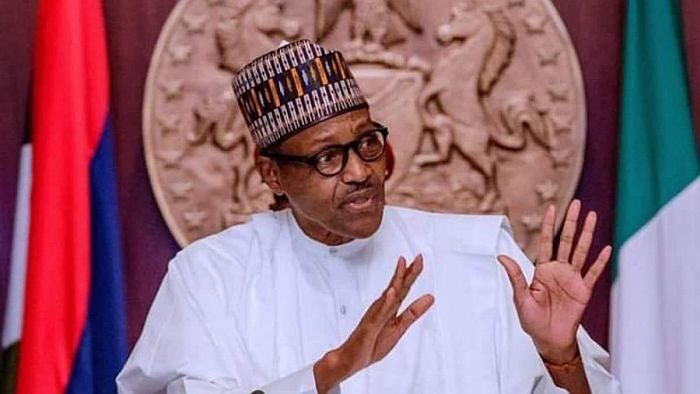 The nightmare isn’t over yet. No matter how much one tries, it is still difficult to shake it off.

The  tragic conclusion of the two week running street protests by  the Nigerian youths under the aegis of #EndSARS remains a nightmare –  a feverish  phantasmagoria  that you’d hope to shake off and return to your new normal. But It is being prolonged by the activities of the hoodlums whose gratuitous intervention in the otherwise peaceful and civilized protest on account of which the said gratuitous intervention the law enforcement agencies – dressed in army uniform  – were provoked unto the bloody fray at Lekki Toll Gate.

To stop the protest and hopefully do away with the hoodlums who had burnt a police station the previous day in Lagos,  men in military uniform stormed the Lekki Toll Gate with live bullets and controversially engaged the unarmed protesters, waving the Nigerian flag, and shot at them.

In no time, thanks to the uncontrolled and the untrammeled power of the social media, the gunfire went viral. It was like a scene from a horror movie. You would hear the shout of the protesters urging members to sit down apparently to escape the bullets. Then the scene moves to where one comrade that has been brought down was being moved to God knows where. It was grisly  and it was horrifying.  The world is made to believe that they shot to kill and there were fatalities. No, says another version. They fired shots quite alright, but they did not do so  to kill and so there are no fatalities.

Innocent bystanders do not know what to believe, victims of a mental and psychological  gymnastics the type only the social media is capable of doing. But  the youthful governor of the state, Babajide Sanwo -Olu,  said there were no fatalities but he was dead sure  that there were shootings.  But on his honour, he did not know who authorized the soldiers to come to the scene. He has set up  a judicial panel to enquire into the unprecedented drama. Until they sit and make their findings known, all other speculations remain nothing but speculations.

But it is possible that whoever sent soldiers, if soldiers they were,  did not bargain for events that followed the next day – the spontaneous looting and vandalism that featured arson and unprecedented mayhem starting from Lagos and spreading to almost all the states of the country. The destruction of iconic properties in Lagos including the Nigeria Ports Authority and the oldest court in the country, the Igbosere Chief Magistrate Court, is horrendous; it is unbelievable,  and it is even difficult to  describe. It is like the work of the devil  straight from the pit of hell with all its frightful ghoulishness.

Abuja the nation’s capital was not spared. When the hoodlums, like the unidentified bandits terrorizing    the North, were through with arson and other outrageous display of their insanity, they now mobilized  the poor and the anguished innocent citizens, who hitherto played no role in this national madness, to come out and per-take in the carnival of insanity.

They had  located Covid-19 palliative warehouses and forced them open for them to loot. And they looted them dry.

But not done yet. As if appetite truly grows by what it feeds on, they took their anger to homes of prominent citizens, in what is now beginning to look like a class war, and  cleared them of their property; they  made away with whatever they could lay their hands on. In Cross River State, they visited the homes of two prominent senators and enacted this madness without let or hindrance. Whatever they could not move away they set ablaze. If the video from the amateur onlookers and participants is anything to go by, it looks like the looters, caught on camera, were even given protection by law enforcement agents. You would hear them urging the looters, men and women, to be peaceful, to go in quietly and pick whatever catches their fancy. But they should not destroy anything. A show of pity and empathy, perhaps.  One uniformed man was heard asking a woman with a bag of foodstuff, gari or rice, whether that was all she could carry. Some of her mates in crime were carrying up to four bags. Another uniformed man, perhaps to prove that hunger does not discriminate, succumbed to temptation and joined the looters. As he made away with a bag of whatever, some young ladies were giggling and shouting officer!

To add some elements of comedy into what has now become a new pandemic of tragic lunacy, a young man carried away a goat that was refusing to move. But move it must and the poor goat, kicking and screaming, had no choice but to surrender and agree to be dragged.

Another set of looters found a tractor that was apparently demobilized.  For them it was  a choice find and an expensive loot. They pushed it away, not minding that, if police wanted to do their job, they would easily be picked up.

Whoever ordered soldiers into Lekki did not bargain for this extended embarrassment. The clearly embarrassed  Nigerian Governors Forum sounded unconvincing when they muttered through their spokesman some mumble jumble about the palliatives being kept in the various warehouses in readiness for the second coming of the Covid-19 pandemic. Pray, what did they give out as palliatives during the first round of attack when people were locked down without access to  food and any official handout?  These palliatives  were meant to be distributed to the most vulnerable during the lockdown when they needed them most.

But like  most things done  by officialdom, these palliatives were waiting to  be distributed at the convenience of heartless government officials when the poor would have died, not of the virus but  of the pangs of hunger.

Though it is said that a hungry man is an angry man, but on this occasion, one must admit that It is not hunger as much as bottled up anger that sent people scampering into the warehouses to help themselves. And in the process, even though without intending it, to embarrass the governors.

Concerned about the litany of blames being piled on  President Muhammadu Buhari for whatever does not go well in the country, one of the President’s daughters, Mrs Zahra Buhari-Indimi  grabbed the issue of the palliatives to clobber her father’s critics. Though popular wisdom says that unease lies the head that wears the crown, this one, she insists, does not lie on her daddy’s head.  I think I agree with her. The president cannot be everywhere at the same time. When it is suitable, Nigeria is a federation and the federating units certainly have their specific roles  to play, including in this instance, getting the palliatives to those in need.

Lessons  to be learnt from the events of the past two to three weeks are many but a few will suffice here. When the five-point demands of the youths were  met, the youths should have called off the protests to await implementation no matter how much they disbelieve  the government.  On the part of the government, proactively, intelligence available to it should have indicated the potential embarrassment that #EndSARS campaign was capable of causing considering the groundswell of ill-feeling in the polity against the bad eggs in the disbanded SARS.

It is on record that the President set up a panel to enquire into the complaints against SARS way back in 2018. The panel went round  the country, conducted public sitting and  concluded its work and finally made recommendations. If these recommendations were speedily implemented, there would not have been this world-wide protest. And since the protest had become an embarrassment to the government,  a more reasonable approach was for the president, as father of all Nigerian youths, to have personally engaged them and give them his words that this time, government meant business; no deceit, no mago mago and no wuruwuru. But having failed to talk to them, it became even a more grievous blunder to allow anybody to send armed men against unarmed youths.

Finally, it must be noted at all times that equivocation and procrastination are a deadly combination in a democratic dispensation like ours where speed counts.