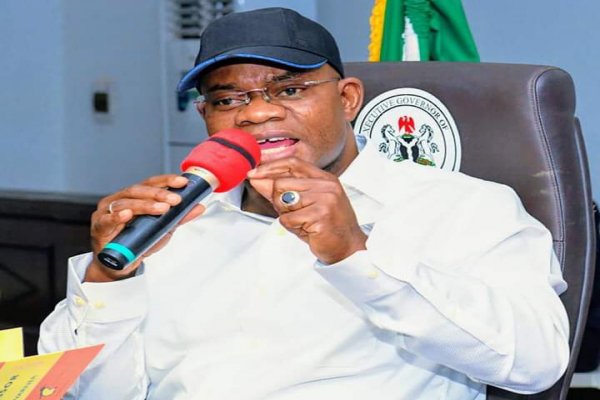 Governor of Kogi State, Yahaya Bello has said that the #EndSARS protest which took Nigeria by storm and lasted about two weeks, is politically motivated.

Bello made this known on Tuesday morning on Channels Television breakfast show, SunriseDaily.

The governor who claims to be the leader of the youth, said, “You can quote me anywhere and anytime that #EndSARS is politically motivated.”

When asked by the presenters of the show why he thinks the protest is politically motivated, he replied, “Where in the world does a protest go on without leaders?

“The protesters made five demands which the government accepted. Why did they refuse to leave the streets despite the cooperation by government?”

“Now IPOB is speaking and politicians are speaking. This is about 2023,” he said.