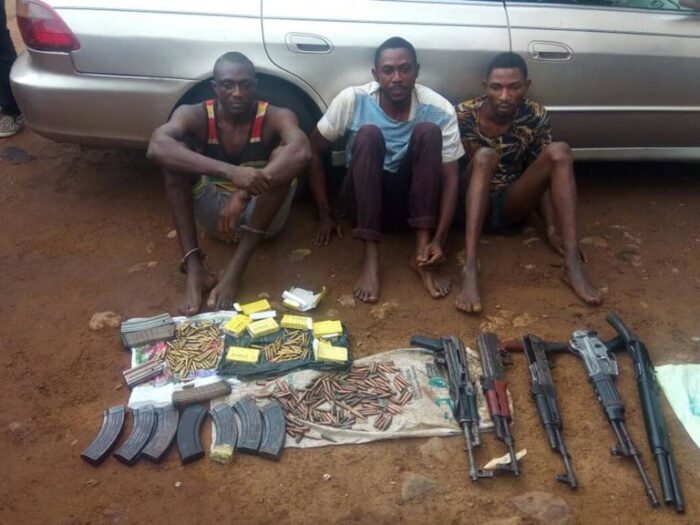 The Centre for Human and Socio-Economic Rights, CHSR, a Non-Governmental  Organization (NGO), registered as a corporate body to defend, sustain and promote the fundamental human and socio-economic rights of every Nigerians, has stated that the campaign to end SARS operations will be for the benefit of armed robbers and other criminal elements in Nigeria.

The Columnist gathered that this was the submission of the President of the CHSR, Comrade Alex Omotehensi in statement over campaign to end SARS going on across the States.

He stated, “The CHSR, as a reputable human rights organization,  commend Nigerians and civil society organizations for their resilient calls and exposure of overzealousness and unprofessional conduct of some officers within the Nigeria Police Force”.

“We give kudos to the Inspector General of Police for listening to the cries and woes of the Nigeria populace on the recent restriction placed on the Federal Special Anti-Robbery Squad (FSARS), Special Tactical Squad (STS), Intelligence Response Team (IRT), Anti-Cultism Squad from carrying out routine patrols,  stop and search duties, checkpoints, mounting of roadblocks and traffic checks with immediate effect.”

“The recent decision by the IGP to address some exceptions in the activities of FSARS, IRT, STS and Anti-Cultism is a welcome development without any doubt as it will check some form of unprofessional conduct, abuse of human rights and high handedness by some Police unit.”

“CHSR, as a human rights group, believes this will put a stop to the untold hardship, harassment, intimidation, extortion and unlawful persecution being faced by the poor masses in the hand of some unscrupulous element within the Force that dent the good image of these units of the Police on daily basis.”

“Meanwhile, there has been series of agitations by some Nigerians to completely collapse the entire unit of FSARS in our police formation and the campaign tagged: #EndSARS trending on the social media.”

“As a group, we don’t believe ending SARS is the solution because SARS and other units mentioned by the IGP have primary responsibilities therefore, we shouldn’t because of few bad eggs among them cancel the entire units.”

“We are also using this medium to push to the public domain that ending FSARS operation at this crucial moment in our nation with pockets of security challenges is a call to state of anarchy, lawlessness and social violence as fraudsters and armed robbers are going to be the largest beneficiary of such action.”

“The monitoring units and X-squad, who are to see that the restrictions  comes to reality, must also ensure that their operations should be devoid of biasness, of religion nor ethnic sentiment in dealing with erring officers found wanting so that such officers can serve as a deterrent to others.”

“We are bold to say that FSARS, STS, IRT and Anti-Cultism Squad are critical departments in the Nigeria Police Force to combat prevailing and emerging violent crimes in the country but the act of unprofessionalism, abuse of human rights and high-handedness by some personnel of the Squads gives rise to fear and jittery mode of sincere country men and women. But this does not mean we should throw the baby away with the bathing water.  Or are we saying Nigeria police should be scrapped because of few bad eggs?”

“We are aware that the FSARS, IRT, and others tactical team have performed creditably well in the past and we are also living witnesses to the fact that some personnel of the sections have been dealt with for derailing from the unit primary responsibility.”

“We charge the Inspector General of Police to do the needful and change the narrative by instilling discipline on any men and officers found culpable to restore the dignity and integrity of the Force.”

“It is good to check corruption in the Police, but the question we must ask is what brought us here? Corruption has eaten very deep in the society at large as is gradually becoming a culture so we must not just do window dressing, we must reform the Police system of operation address the neglect and dehumanization within the Force.”

“Police officers must have respect for themselves and their colleagues as well as members of the society they must be civil with the people and refrain from compromising crimes there must be no sacred cows where crime and its investigation is concerned.”

“Equality before the law must not be recognised theoretically but must be pragmatically enforced. Aluta Continua, Victori Ascerter!” Omotehinse concluded.