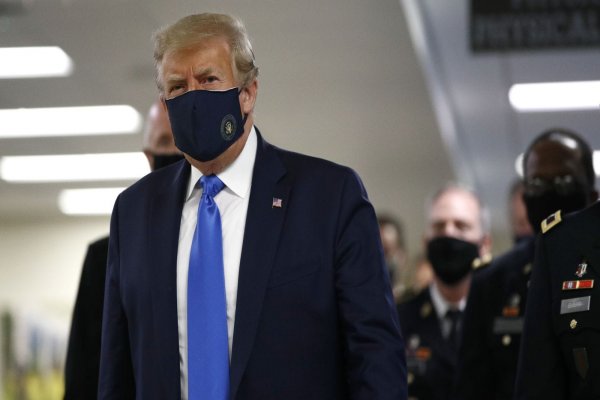 US President Donald Trump says he will be released from hospital later on Monday, three days after being admitted with Covid-19.
“Feeling really good!” Mr Trump tweeted just before a scheduled briefing from his doctors. He said he would be discharged at 18:30 (22:30 GMT).

But questions remain over the seriousness of Mr Trump’s illness after a weekend of conflicting statements.

“Don’t be afraid of Covid. Don’t let it dominate your life. We have developed, under the Trump Administration, some really great drugs & knowledge. I feel better than I did 20 years ago!!”

More than 7.4 million cases of Covid-19 have been recorded in the US and the virus has killed nearly 210,000 Americans, according to Johns Hopkins University.

Speaking to reporters on Monday, the president’s doctors avoided specifics of his care, but said he was doing well and would receive another dose of remdesivir before being discharged.
The president’s discharge comes as more new cases have been reported among White House staff.

Many of the people who have tested positive around President Trump attended a meeting at the White House on 26 September that is being scrutinised as a possible “super-spreader event.”

The White House has not revealed how many staff members have tested positive since Mr Trump’s own diagnosis.