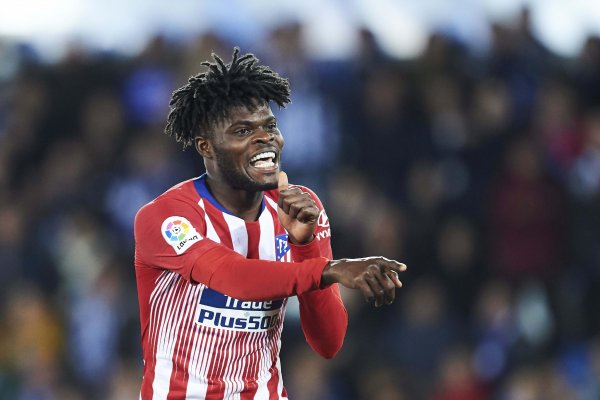 Arsenal have confirmed the signing of Thomas Partey from Atletico Madrid, after activating the player’s £45 million transfer release clause.

The Gunners reportedly had several bids for the central midfielder rejected during the summer, with Atleti holding out for the release clause fee.

On Monday the Premier League club finally agreed to pay the £45 million fee and the 27-year-old and his medical took place in the Spanish capital.

Reports are conflicted whether he is signing four or five year deal, with the Guardian reporting that he will be on £250,000-a-week at Arsenal.

The release clause meant that the buying club didn’t need to negotiate with the selling club and instead triggered the deal by telling La Liga they were triggering the release clause, in the same way PSG bought Neymar and Manchester City bought Rodri.

The Ghana international moved to the Spanish capital eight years ago and has made 188 appearances for Atleti since then.

He played on loan at Mallorca the season Diego Simeone’s side won the La Liga title but has won the Europa League and UEFA Super Cup in Madrid, as well as being a Champions League runner-up.
Arsenal also lost another central midfielder from their squad on deadline day with Matteo Guendouzi leaving to join Hertha Berlin for the season.
Mikel Arteta has wanted to add a midfielder to his squad all summer and Lyon’s Houssem Aouar was high on the manager’s list of preferred signings.

This weekend however the French side confirmed that the 22-year-old would be staying with them this season meaning Arteta had to look elsewhere.

Chelsea midfielder Jorginho was another linked with a move across London but a move for the Italian never materialised.

The manager has brought in Gabriel, Runar Alex Runarsson and Willian in this summer, whilst Pablo Mari and Cedric Soares joined permanently having previously been with the club on loan.

Arteta has changed Arsenal’s fortunes around since replacing Unai Emery in December last year and taken the club to success in the FA Cup and Community Shield.

The team have had a good start to this season with three wins and just one loss in the league, against champions Liverpool, and knocked the Reds out of the Carabao Cup on their way to December’s quarter finals.