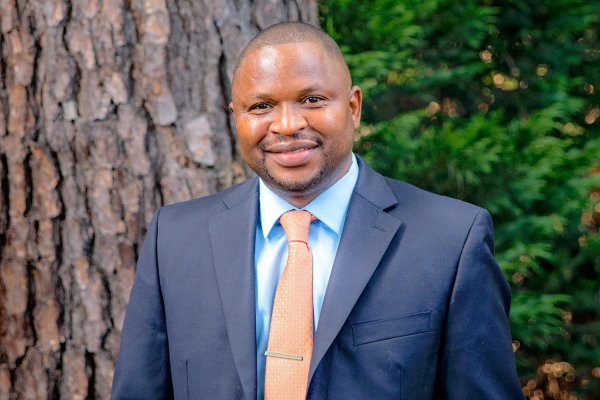 A former minister called me a few days ago to say the focus of my columns on Muhammadu Buhari ignores my own 2018 disclosure that he is a captive of an irrecoverably degenerative mental decline that ensures that he doesn’t know what he says and does. “To criticize Buhari is to beat a carcass,” he said.

I see his point, but I disagree. It is the office, not necessarily the person, that is being criticized, although the person and the office converge. Anyway, the former minister said attention should be focused on the people who drive the policies of the regime, who write Buhari’s speeches, who babysit him.

He pointed out, for instance, that CBN governor Godwin Emefiele now almost singlehandedly steers the economic policies of the country without recourse to the presidency—or the presidential economic advisory council— because there is frankly no presidency. It’s just outright anarchy.

But, to get back to the subject matter of today’s column, who writes Buhari’s speeches? Why are the speeches often embarrassingly error-ridden, callous, shallow, cavalier, ignorant, and unpresidential? Buhari’s October 1 Independence Day Speech is perhaps the crowning encapsulation of his speech writers’ utter inner emptiness and cluelessness. I’ll come back to this point shortly.

I know that Mamman Daura and Education Minister Adamu Adamu wrote some Buhari’s signature speeches in his firm term. I know this because when I wrote a June 7, 2015 column in my now rested grammar column titled “A Grammatical and Rhetorical Analysis of President Buhari’s Inaugural Speech” where I both praised and called attention to the speech’s grammatical errors, I got a swift, defensive, ill-informed response from a “Mainasara” who used the majestic self-referential plural “we” in his response to me, which was published in the Sunday Trust of July 12, 2015.

Daura betrayed himself when he made reference to Dublin College Ireland as one of the guardians of the English language, which it isn’t, nor is there any. (He attended Dublin College!). I wrote a rejoinder to his rejoinder and shut him up. A senior person in Daily Trust later confided in me that “Mainasara” was Mamman Daura’s pen name and that Daura took my criticism personally because he was one of the writers of the inaugural.

Adamu Adamu, who had been Buhari’s speech writer before he was elected in 2015, also contributed to the 2015 inauguration speech, particularly the Shakespearean references in the speech. (Adamu Adamu is a Shakespearean enthusiast and wordsmith who probably wrote Buhari’s famous “I belong to everybody and I belong to nobody” line in the inaugural speech, which some people erroneously said was plagiarized.)

But I no longer see the rhetorical echoes of Adamu Adamu—or even Mamman Daura—in the recent speeches Buhari reads. Whatever disagreements I may have with the duo, I can’t help but concede that they are excellent writers. This is particularly true of Adamu Adamu, who is far and away one of Nigeria’s finest writers in the English language.

I don’t know who writes Buhari’s speeches now. Nor is it possible to tell because the tones and tenor of the speeches change dramatically from occasion to occasion, underscoring the chaos and anything-goes climate in the presidency.

But whoever the speech writers are, they are illiterate doofuses who have zero appreciation of the power of what we call the rhetorical presidency in communication studies, which I have defined in a forthcoming book chapter as the symbolic and discursive powers of the presidency to frame, reframe, define, and redefine the contours of national conversations and identity formulations and reformulations.

As I pointed out on social media on October 1, Nigeria’s Independence Day is supposed to be a solemn, august, introspective moment, and the speech of whoever claims to be president of the country should reflect the dignified seriousness of the moment. It should inspire hope for the future, enliven spirits, and renew faith in the country.

But what did we see? Buhari’s speech writers chose the moment to visit rhetorical violence on Nigerians, to rile people and foul their mood, to annihilate people’s loyalty in the country, to fertilize hopelessness and despair, and to inspire disabling anxieties about the immediate future.

For instance, during his speech Buhari signaled that he’d yet again hike the price of petrol (and plunge Nigerians into even deeper misery than they’re already in) by saying, “It makes no sense for oil to be cheaper in Nigeria than in Saudi Arabia.” Which sane person writes that in an Independence Day Speech?

Well, it also makes no sense for the minimum wage in Saudi Arabia to be 3,000 riyals (which is equivalent to N305,149.30) while the minimum wage in Nigeria is a miserly N30,000, which hasn’t even been fully implemented in all states. Nor does it make sense for Saudi Arabia to have generous social safety nets for its citizens while the vast majority of Nigerians are crushed by biting deprivation. Or that Saudis have access to affordable public transportation, while Nigerians don’t.

To compare the petrol prices of various countries with Nigeria and ignore the sky-high differences in minimum wages and standards of living is beyond cruel. In any case, if the government claims it has fully “deregulated” the petrol industry, what business does it have again talking about the prices of petrol? In a deregulated economy, the government has no business fixing prices. That’s the prerogative of the private sector.

You are either deregulating or you are not. There is no in-between. Deregulation means freedom from government regulations. Yet, the government fixes the price of petrol. That’s insane. In a deregulated petrol price regime, the first government agency that should be disbanded outright is the fraudulent Petroleum Products Pricing Regulatory Agency (PPPRA).

I live in the United States where petrol prices are truly deregulated. Different states have different price regimes. In fact, in the same city, different gas stations have different prices. And prices fluctuate from time to time. Prices have been extremely low these past few months because of the slum in global oil prices. Ironically, government-engineered price hikes in Nigeria coincide with a time when prices are low everywhere else in the world.

But, as I’ve pointed out before, cruelty is now Buhari’s official governing philosophy. Denying Nigerians the expectation of relatively cheaper petrol prices is like asking people to hold cream on their hands

while their faces and bodies are dry. That’s cruelty. Most Nigerians would be at peace with high petrol prices if their country doesn’t produce oil.

A wealthy parent who starves his children and justifies his cruelty by pointing to the starvation of the children of his poor neighbors is an irresponsible parent who doesn’t deserve his children.

I think one error people keep making, including the former minister who spoke with me, is to forget that even before his dementia-fueled alienation from his government, Buhari had notoriety for sadism. In a response to a previous column, for instance, a Katsina man wrote that Buhari’s nickname as a youngster was “Danliti mugu,” meaning “Danliti the sadist.”

Another said most people in the Northwest have internalized the fact of Buhari’s sadism by coining the expression “Da sauran aiki; Buhari yaga mai rake da iPhone.” Literally: “There’s still more to be done; Buhari saw a sugarcane hawker with an iPhone!” In other words, the appearance of even a glimmer of prosperity in people activates Buhari’s sadistic instincts. So his government reflects his person, and his speech writers probably know this.

I wish you I could say, “Happy Independence Day” to Nigerians, but that would be heartless. There was nothing to make a song and dance about an Independence Day that was ruined by Buhari’s sadism.