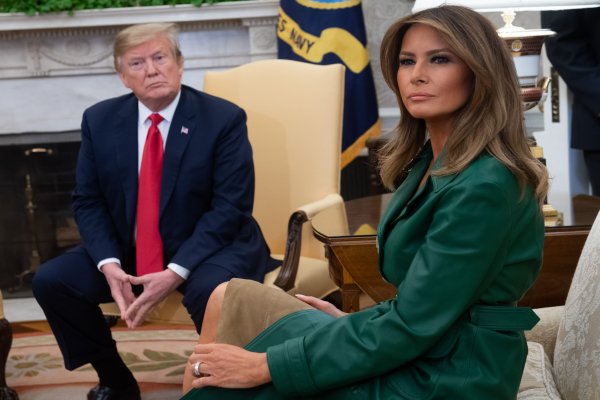 “Tonight, @FLOTUS and I tested positive for COVID-19. We will begin our quarantine and recovery process immediately. We will get through this TOGETHER!”

Mr. Trump said he and the first lady would begin quarantining immediately.

The first lady also tweeted after the positive tests, saying she and the president were “feeling good & I have postponed all upcoming engagements.”

Mr. Trump is 74 years old and has at least one underlying condition, placing him at a higher risk for complications, according to Centers for Disease Control guidance, but he was said to be feeling well.

The White House physician issued a memo confirming the positive tests, and saying the president and first lady were doing well and planned to remain at home.

“Rest assured I expect the president to continue carrying out his duties without disruption while recovering, and I will keep you updated on any future developments,” wrote Sean Conley, physician to the president.

A senior White House official told the press  that Mr. Trump was “in good spirits,” and noted that catching a COVID-19 infection “early helps to mitigate the situation.” The official said it was “beneficial” that there have not been many people around the president, for contract tracing purposes.