Home Columnist Kiddwaya, Erica and the Other BBNAIJA Housemates – By Dele Momodu 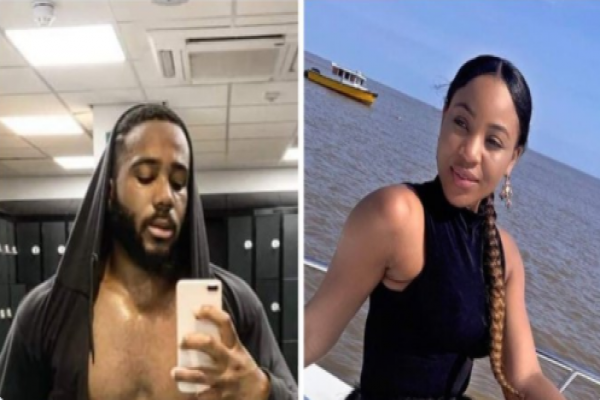 Fellow Nigerians, please, let me warn that I’m not writing the usual political epistle today. I’m dedicating my column to my original love and business, lifestyle and entertainment. We talk so much politics in Nigeria that we often forget that one of the sectors that can help our economic diversification is Tourism, Entertainment and Lifestyle. Just imagine how much this humongous industry has exploded since the coming of Ovation International magazine, nearly 25 years ago. I’m thrilled that one smart financial institution, Sterling Bank, has keyed into Tourism and is working feverishly to dominate it. We recall that in 2007, Tony Elumelu signed an Entertainment deal with The Ovation Media Group as sponsors of The Ovation Red Carol, before other banks woke up to promoting Music and Fashion. The sponsorship of this aspect of the economy, I can assure the Federal Government, that with appropriate incentives and conducive environment, we can get a lot of our youths off the streets by creating employment for them, and thereby, increasing our GDP.

But let’s leave that for another day. We are here to report back on Big Brother Naija, Lockdown edition. Contrary to the widespread generalisation that it is a useless TV game show, I believe it is very entertaining, educative, informative and promotes creativity while testing the brains and emotions and tenacity. It toughens the mind and brings out the best and the beast in every human at some point.

I was not going to watch this year’s. I had had my preference for the continental edition, Big Brother Africa, which has since become a Nigerian affair. If anyone ever doubted the clout of Nigeria in other spheres of human endeavours, this game has stamped our authority on the continental Entertainment industry. In fact, it has reintroduced and repositioned us to the rest of Africa that we are the California of Africa, the home of showbiz. Let no one underrate the public relations and economic impact of this. One example will suffice. A very good friend and partner of ours saw the product, Waw, a detergent which is hailed and advertised on the show as preventing clothes from running and decided to try this product. Incidentally, she had always previously seen it on the shelves in supermarkets and other stores but never really paid any attention to it. She went looking for the Waw detergent, a couple of weeks ago and it was practically sold out all over Lagos Island. She was told by the various store managers, when she spoke with them, that they sold out almost as soon as they re-stocked since the programme, Big Brother Naija Lockdown commenced. She and the store Managers could only attribute this to the impact of the game show. It is now up to Nigerian government to reach out to the hardworking and imaginative organisers to work out how Nigeria can maximise the limitless potentials attached to the programme.

My dear friend, Terry Waya, the irrepressible networker and socialite got me interested this year because of his very smart son, Terseer Waya, aka Kiddwaya, whom I had known since he was under 10 years old, and who has now grown into a handsomely built and well-behaved young Man. Of course, it is not in my character to snub or ignore my friends when they need my attention. I was quite delighted to support with what I have, the media, especially my platforms on Twitter, Instagram and Facebook.

No sooner than the game of wits started than some supporters of rival housemates started campaigning that Kiddwaya, as a rich kid did not need the winning prize. I felt so concerned about this attitude towards a young man who was determined to carve a niche for himself instead of scavenging for his Dad’s handouts, like others may have done. A particular group got so angry and this started a blistering campaign against anyone supporting Kiddwaya, even if you did not badmouth their chosen contestant.

Anyway, Kiddwaya soon got entangled in a relationship, situationship or whirlwind romance (call it what you will) with a housemate, Ngozi Nlewedim, also known as Erica or Baby G. She turned out to be a beautiful, glamorous one-woman riot squad who was nevertheless also naturally sweet, demure and true to herself. Before long, she became the spellbinder who mesmerized her teeming fans and even detractors across Africa. Unfortunately, at some point, she went over the limit and had to be expelled. As typical of many of us, the pontification process began. She was called unprintable names. While her irrational action may have been condemnable, for terrorizing a fellow housemate, I did not think she deserved extermination or a death sentence as some wished for. Her enemies went after her like bullets. This was what further attracted sympathy, empathy and support for her from many of us. Then the bullies came after her supporters, of which I was one. They clearly picked on the wrong customer. The more they attacked, the stronger my resolve to stand solidly with her, like the rock of Gibraltar. Erica herself was resolute, firm and very disciplined and took the flak and rolled with it.

Haba! Was it more than a game, I wondered? Why come on my page to fight when I have not come on yours? I wept for the manner many people waste the awesome opportunities afforded them by the advent of new media. They prefer to spend their income on fighting invisible enemies. So tragic!

Back to Big Brother Naija Lockdown. I was honoured and privileged to receive Kiddwaya first, in my apartment, last Sunday. Erica followed later in the evening. The two visitors attracted so much attention on our various social media handles and we all had so much fun. I saw uncommon solidarity for them from across Africa and was humbled and touched. The last time I felt this way was when I wrote an article titled ‘The Karenplification of Africa’ on July 30, 2011, about the rambunctious Karen Ugoh who went on to win that year’s Big Brother Africa. She got so drunk on one occasion that I thought she was going to pass out. But Africa loved her, warts and all.

One of the last five housemates this year, out of the original 20, will emerge winner during the grand finale tomorrow. They are Neo (Neo) Akpofure, Ms Victoria (Vee) Adeyele, Ms Dorathy (Dorathy) Bachor, Ms Rebecca (Nengi) Hampton and Olamilekan Agbeleshe, aka Laycon, who’s been tipped my many pundits to win. Any upset will be an anti-climax because Laycon’s supporters are real diehards. I will be here to congratulate the ultimate winner. But, I believe, they are all winners. Their lives have changed positively, and it is now about how they make use of the privilege and visibility that participating in the game has afforded them.

This week alone, Kiddwaya released a very classy advert for the EKO HOTELS & SUITES and yesterday afternoon, Erica got a bumper package when she signed a management deal with the UPGMC and OneAfricaGlobal Management family, owned by Mr Paul Okoye. I wish all the housemates best of luck in their future endeavours…

A TIMELY BOOK FROM LANRE ALFRED

One of Nigeria’s most famous Lifestyle journalists, Lanre Alfred, has published a new book Nigeria @ 60: Foremost Nigerians in the Last 60 Years. It is a compendium that most of us should buy because it is loaded. The book is dedicated to The Spirit of Africa, Dr Michael Adeniyi Agbolade Isola Adenuga.

Why did you dedicate the book to the chairman of Globacom, Dr. Mike Adenuga? I asked Lanre. He replied

“The story behind my decision is quite interesting. I have always followed his giant strides in the business world. After examining him carefully, the impact of his business on the lives of Nigerians and Africans, in general, it was hard to pick anyone ahead of him. So, the book is especially dedicated to the man popularly called ‘The Bull’ as a homage to his humanity and relentless strides at rewriting the African business narrative; for standing tall and wading through odds with the courage of a knight and confidence of a champion. In a land dogged by human and infrastructural lapses, Dr. Adenuga’s humanity and entrepreneurial ingenuity nourishes the glands of kith and kin even as his genius oils the wheels of industry. What you would also find intriguing is that, unlike the proverbial warrior who lives to chant the poetry of his own deeds and derring-do, Dr. Adenuga remains impressively humble and immune to conceit, treading a rare path to acclaim. He attracts honour in torrents, at home and abroad. And I am happy to dedicate the book to him because his exploits continually resonate as an undying tribute to mankind’s better nature. Dr. Adenuga emerged as a worthy recipient of such honour because his deeds and recurring success establish him as a man who challenged resolve with steely grit, and exploited the arduous planes of ambition and toil, till he encountered grandeur at the crossroads, where wild contemplation and hard work morph into triumph. And interestingly, amid the ravages of the coronavirus, the widespread gloom and apprehensions of citizenry and industries caught on the receiving end of the pandemic, Adenuga has raised hopes and planted joy in the bosoms of Nigerians. His huge donations to the Federal Government and several state governments have been instrumental to the partial containment of the virus. These are no doubt the hallmarks of a selfless man and patriot, and are thus, worthy of being celebrated.”

What inspired the book, Nigeria @ 60: Foremost Nigerians of the Last 60 Years?

“If you examine my career over the past two decades, you will discover that I have specialised and excelled, to God be the glory, in chronicling people and events. Being a widely travelled journalist has also opened my eyes to the fact that our job as reporters does not start and end on the pages of our medium. So, a few years ago, I wrote my first book; a coffee table book called, Lifestyle of the Rich and Famous. It was very well-accepted, and it spurred me on to other book-writing ventures. In 2017, I published, The Titans (The Amazing Exploits of Nigeria’s Greatest Achievers), and I was also widely applauded for it. But this latest effort attempts to fill a gap in our national history – the lack of books on some of our past and present heroes. Whether we want to believe it or not, Nigeria is a nation that is guilty of not keeping data, which has, over the years, led to the distortion of her history. Many of those who came before us, despite all their monumental talents and achievements, refused to pass on to us lessons that can guide us as we navigate through the labyrinth of life. Our generation is the poorer for it because many do not have a sense of where they are coming from or where they are headed. So, what this book has done is to spotlight and profile extensively those who have contributed to the development of this nation in their different fields of endeavour.”

I strongly commend this latest book by Lanre Alfred to all followers of Nigerian history and development and indeed to avid readers of fine prose and literature. It is a book that takes you on a scintillating voyage into the lives and times of Nigeria’s greatest figures and the shaping of the country’s destiny before things unravelled afterwards. The book is a compelling read!