Home Columnist Cry not for the North – By Yakubu Mohammed 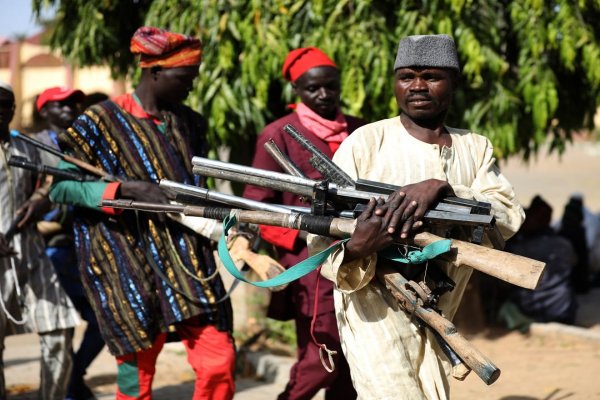 In its heydays, with good leadership that was imbued with sound vision, the North was united and monolithic in more senses than one. And relatively, it was more economically  viable, self-confident, arrogant even.

But today, it is  at war with itself, thanks to rabid ethnicity and religious bigotry with a system that wallows more in mediocrity than merit. Home to soulless insecurity with Boko Haram and other assorted criminals, armed bandits, kidnappers, cattle rustlers and herdsmen, both local and foreign, unhinged, the once united and peaceful North has turned  into a hot bed of grotesque abnormality.

It is not as if its leaders over decades did not get enough early warning signals about the calamity that has befallen us. In 1991, after incessant religious riots spreading from Kano to Yola, to Maiduguri; from Kafanchan to Katsina, spreading to  Bauchi, meaningful leaders of the North under the chairmanship of Sultan Ibrahim Dasuki met to find solution to the problem. I wrote a column in July  of that year in which I stated painfully that the North had appropriated the epithet of the wild, wild north having upstaged the politically volatile  region of the West that seemed to have had  the monopoly to that distinctly dubious title.

But I also sounded a note of warning when I concluded that  “with this endless feud, the impression is that the North cannot put its house in order.”

Soon, I said, “ it will make sense for people ( from other parts of the country) to begin to  question the morality of continued political dominance by those ( in the North) who cannot put their house in order.

At that point in time, the geographical North, for all practical purposes, had an undisputed monopoly of political power while the South  held sway in the economic sphere.

I may not have been a Cassandra, but my mild prophesy, on careful reflection, has come to pass. The North, without any pretense, has lost its political power. And  since it cannot compete with the South economically, it has lost all. Nobody is in a position today to hold the cow for any other person to milk it. All the noise you hear today about restructuring, devolution of power, rejigging of the security architecture and state police is a polite vote of no confidence in the kind of leadership the North has been throwing up.

And this weakness has persistently shown in other productive sectors of the economy. Agriculture, the mainstay of the northern economy, has not only suffered decline, farmers who depend on the tedious tilling of the soil for subsistence are being denied access to their farms by cattle herdsmen who have, in recent years, waxed so strong, they are now a law unto themselves. Part of the insecurity problems that have spiraled out of control – kidnapping and armed robbery – are being traced to them.

In alliance with armed bandits of no discernible identity, they now seem to have taken over the major parts of the North with a firm root in Kaduna State where the very cerebral chief executive, the intellectually savvy Malam Nasir El -Rufai, has battled almost in vain to restore peace. One of the most intellectually endowed governors in the North, Malam Nasir El-Rufai seems to have found no solution to the problem in his backyard, not for lack of trying but because of the existential ethnic conundrum that makes it difficult for him to be seen as a father figure and a neutral arbiter. But he must deploy his God-given intellect to do what Ahmed Makarfi, before  him, did to win the hearts of the people and re-establish peace and unity without which he can find no time to shine beyond the boundaries of Kaduna State.

The North is also hemmed in by cultural impediments which people mistake for the widespread influence of Islam. It has continued to lag far behind other regions of the country when it comes to Western education. And the problem did not start today. On attainment of independence, records have shown that school enrollment in the whole North stood at only 41 secondary schools while the Eastern and Western regions each had more than four times this figure. The North, the largest and most populous region, had only 250,000  pupils in primary schools compared to Western Region that had 1,250,000 children in primary schools at the time.

A lot of advancement has taken place since then but there is no question of the North catching up with the South, except possibly to bridge the huge gulf. The North as it were, has been running as fast as it can just to stand in the same place. Meaning not to be left behind. Or kept out of sight. If it must lend itself to the bridging of the gap, which people like Professor Jibril Aminu and other worried Northern intellectuals had attempted to do before, then the North must be made to gallop and leap forward, screaming and kicking,  instead of the luxury of  its current lethargy – the  slow and sluggish efforts that it is noted for.

Here is a typical example of the North’s performance based on the intervention of Federal Military Government of General Yakubu Gowon after the civil war. In 1971, Ahmed Joda, one of the so-called super permanent secretaries of the era and one the brains behind the successes of the military efforts during civil war, had been posted to the Federal Ministry of Education. On assumption of office, he was confronted with a sorry situation which the North expected him, as a northerner, to do something to rectify. As he revealed last week, while contributing  to someone’s  open letter to the minister of education, Malam Adamu Adamu, the elder statesman, now in his nineties, made  some interesting disclosures. Federal Government, he said, had awarded scholarships to 3,000 deserving students across the country. The awards had been made but not published before he assumed duty at the ministry of education. When he opened the file, he saw to his astonishment that the distribution of the awards was grossly lopsided in favour of six states from the south as against the  six from the North. Nigeria, under Gowon had a 12-state structure.

Of the 3000 awards, 2,750 went to the South leaving only 250 for the North. But he could not do anything about it because the exercise had undergone all the processes and had been approved by the government. What was left for him to do was to publish the awards. When he did, hell was let loose with northern press and radio stations crying blue murder.

When the Head of State called him midnight to draw his attention to it, he promised to get back to him within 48 hours. He did the analysis and it showed that not many northern students were even aware of the publication inviting application. Not many of those who applied were qualified. And, in any case, the federal scholarship was not as juicy as the ones by their respective states.

To encourage the North in subsequent years, students of northern origin were encouraged to apply for their share of the national cake and their respective states would make up the difference for them. Yet this was not sufficient attraction for them to apply.

Efforts to make the North jump and gallop, even if not to catch up,  is a continuous process,  but an uphill task. Like you can take the horse to the water, but you cannot force it drink. When Goodluck Jonathan built 85 modern schools in the North to take Almajiri pupils off the streets into the mainstream of classical education, there were about 10 million out of school children. These proverbial horses refused to drink the water and the various state governors, blinded by rabid politics, left the  Jonathan schools to the mercy of the elements. Much later on, President Muhammadu Buhari announced that there were now 12 million out of school children. With the advent of Covid-19,  these hapless children were now forcefully relocated  to their respective states of origin. And so, the wailing for the North continues!