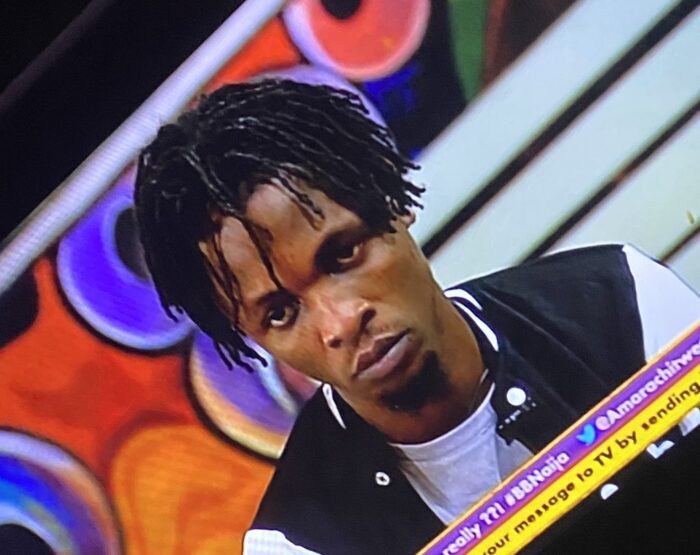 After the Saturday night party, there was drama in the #BBNaija as BBNaija house as Erica went on insulting Laycon for minutes for about 30 minutes without getting a reply from him.

His composure reminded fans of how Tobi Bakre in the Double Wahala season remained calm while CeeC spent over an hour insulting him.

Laycon was accused of telling other housemates that she tried to kiss him while she was drunk a few weeks ago.

She body-shamed him by saying he is “ugly with a body like mop stick” and that she would not think of dating someone like him. She went as far as saying “he will die” for what he said about her.