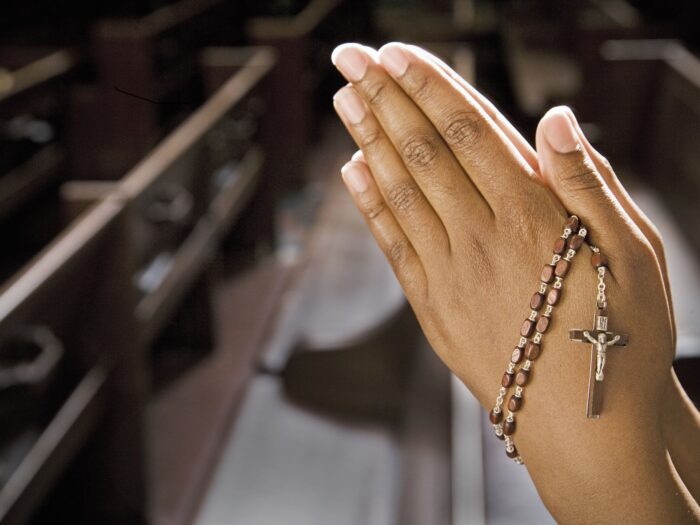 Christianity is a wonderful place to live.  Having found Jesus Christ, you can take up residence in it for decades—your body greatly aged but your heart frothing over with faith—and still fear leaving for heaven.

Ordinarily, that would be a contradiction in terms, but it is understandable: even when we are poor and in even poorer health, we want to live.

And if you are rich, influential and powerful, I guess that is even more reason to say: Heaven can wait.

Notice that there are two elements here: longevity and heaven.  Last week, former Nigeria leader Olusegun Obasanjo expressed the equation well: first, he wants to live until he is 100 or more.  And then…heaven.

Obasanjo, 83, was speaking at the first coronation anniversary of the Agura of Gbagura, Oba Sabur Bakare, Jamolu II, expressing his hopes for the health of the Oba.

“By the time I also partake in celebrating your 20th anniversary with you, if God wishes, He can call me to come and meet Him in heaven because I know by that time, I will be above 100 or more.”

I wish Obasanjo a long life, but longevity is a gift of God, even for those who think they have the resources to procure the expertise and science to keep living.

Heaven is a different subject: so spectacularly different that the very methods and tools and resources by which we may seek to extend our lives may conflict with those by which we can work to enter—or as they say these days, “make”—Heaven.

Jesus himself clarified the subject, warning: “It is easier for a camel to pass through the eye of a needle than for a rich man to enter the kingdom of God.”

He was in Judea, Jesus was, and had just spoken about welcoming children into the kingdom, when he was questioned by a rich young man on how one might achieve eternal life.

Upon being told to keep the commandments, the young man confirmed that he had indeed lived by them and wanted to know what he might have lacked.

Jesus responded: “If you want to be perfect, go, sell your possessions and give to the poor, and you will have treasure in heaven. Then come, follow me.”

We all wish to live long, but curiously, the formula appears to be neither what we wish or can do for ourselves, but in what we wish and do for others.  Like that young man, we tend to run away when we are handed this recipe, or—worse still—we pretend not to have heard it.

Among others, for us as Nigerians, it is the reason why a nation which should be one of man’s wealthiest is one of its sorriest: far too many think only of themselves.

But let us talk not about long life, for we cannot really buy or borrow an extra minute for ourselves, but about threading our camel through that needle.

In Nigeria, when we are “successful,” usually meaning that we have navigated through a government, we seem to think not merely that we need to sleep, but to do so on multiple beds.  And so, we build lavishly wherever we are: perhaps to hold 10 luxury beds in our 15-room mansion.

And so, we own such a mansion or two in Abuja (or private our official residence).In the state capital.  In Lagos.  In the village or anywhere else we might please.

We surround each property with a massive wall and barbed-wire netting. We install life’s comforts, including staff, as well as a supply of luxury cars we are too important to drive by ourselves. And then we take particular care to avoid eye contact with Lazarus outside our gates or down the road.

We get the police to send men to protect the property, particularly when we are there every other year or so. They go to the market for Madam and hold her bag and an umbrella over her head when she crooks her well-manicured finger.  Sometimes, it is the army which sends men to guard our property or to beat up anyone who does not jump out of the way into mud upon our approach.

We send our children to the best private schools, chauffeur-driven in either direction, while we superintend the rotting public schools.  When they are old enough to go to the best schools abroad, we are glad to mail them off, sometimes with Madam taking the opportunity to spend good money on everything from real estate to liposuction and a daily spa treatment.

None of this is criminal in itself, but most of it, we all know, comes from a kill-and-divide system: budgets padded or looted or both, projects ripped off and uncompleted, and contracts repeatedly awarded but never implemented.

Notice that traditional rulers, observing our deterioration from the majesty of their thrones and knowing that sooner or later the politicians will come to “honour” them lavishly, do not speak out against it. And notice also that Nigerian rulers and former rulers never receive international recognition or awards for character or performance.

Now, everyone knows that development economics is such an abysmal science in Nigeria that we rarely remember what we are implementing, if anything.  We do not report on projects, and rarely complete them.  For each piece of infrastructure completed three or 10 or 20 years after it was initiated, hundreds more are not.

We are content to abandon some of our brightest students to die simply because their parents cannot pay their tuition, while the powerful and influential send their wards, wives and mistresses wherever they wish in the world, paying stupendous sums that are more than enough to revamp the systems at home.

If some of this appears to be complicated, it is partly because Jesus could have used the analogy of the donkey, the animal by which he would enter Jerusalem.  He didn’t.  He chose a camel, an animal distinguished by humps.   Its head—or perhaps even one hump—might pass through the proverbial needle, but a hump, or two or three?

That is why, when you think about it, heaven is far easier to guarantee than longevity, which may be challenged every day by many factors, including poor luck.

On the road to heaven, on the contrary, you are not necessarily required to account for every man, woman, and child you neglected and cheated and violated to provide for yourself miles of luxury you never needed and would most probably leave behind.

On that road, you could be forgiven for every occasion you lied, cheated and looted; every betrayal of school or village or programme; every violation of law or promise; every murder or backstabbing.  All as long as you meet the same single standard of penance: “sell your possessions and give to the poor…then come, follow me.”

And then?  “Take up your cross. Daily.” Finally, when God calls, that does not always mean heaven. There is still the other H-word…the one we hate to think about.