Home Columnist North may back Atiku in 2023 — Yakassai 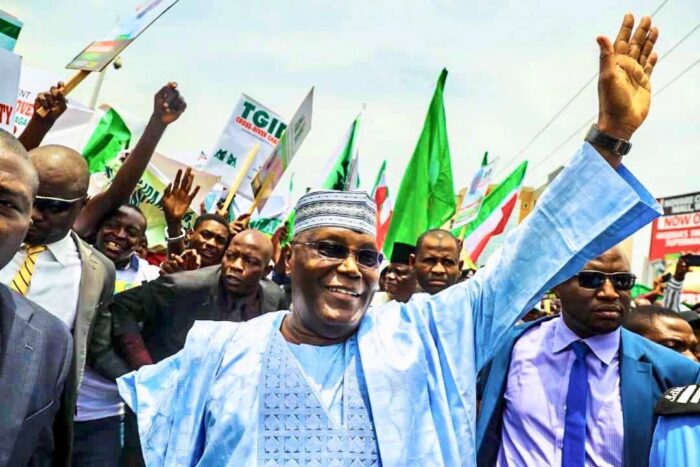 If former vice president, Atiku Abubakar, contests for the presidency in the next general election in 2023, the majority of the votes from the North will go to him, elder statesman and politician, Alhaji Tanko Yakassai, has said.

Yakassai, who spoke during an interview at his residence in Kano, admired the presidential ambition of Tinubu, expressing optimism that the APC national leader would make a better president than Buhari. He, however, predicted that Atiku, who was the presidential candidate of the Peoples Democratic Party (PDP) in 2019, will defeat, Senator  Tinubu should their parties present them as presidential candidates in the next general election.

He, however, said the principle of zoning and rotation is very important in Nigerian politics as long as the country is operating the presidential system of government. “This is particularly because the concentration of power lies with the  Federal Government and the presidency.

It would be inappropriate to attempt to run the presidency by a single region for more than eight years,” he noted. According to Yakassai, Atiku and Tinubu will make “better” presidents but Atiku stands a better chance than Tinubu because of the numerical strength of the North.

He cited the former vice president’s nationwide political, social and business network, arguing that “if Atiku is  contesting, the majority of the votes from the North will go to him.” He, however, appeared to be contradicting his  positon on Atiku as he said it would be wrong for one region to hold on to the presidency consecutively for more than eight years.

He warned the ruling party against zoning the presidency to the North, saying that since President Muhammadu Buhari  is in his second term, which will terminate in 2023, “it is only fair for the APC to shop for a presidential candidate from  the South.”

The First Republic politician and a foundation member of the Northern Elements Progressive Union (NEPU), however,  contended that Tinubu remains the best choice for the APC in 2023 He recalled that at the expiration of former  President Olusegun Obasanjo’s tenure in 2007, “despite pressures from his brothers in the South, he presented the late President Umaru Yar’Adua from the North because he is from the South. That was fair enough.”

According to him, “Buhari had got the opportunity when he was military head of state, combining two powers to himself  – executive and legislative. He was the one signing decrees, and yet, for two years, apart from his War Against  Indiscipline (WAI), I cannot remember what else he did.”

Yakassai, a member of the Board of Trustees (BoT) of the Arewa Consultative Forum (ACF), expressed regret that  President Buhari’s administration has disappointed Nigerians because of “lack of plan.” He said “what makes a political  leader is plan. If you have a plan, you can do it. If you don’t have a plan, you cannot do it.”

He gave Tinubu’s stewardship in Lagos State as governor a huge pass mark, arguing that with the kind of leadership  Tinubu is demonstrating in Lagos, he would surely make a better president if given the chance by his party and  Nigerians in 2023.

The elder statesman said: “If you are talking of making a better president, to be honest with you, I think if Tinubu can get the APC ticket and is elected, he will perform better than Buhari. I have no doubt in my mind. “Go to Lagos and see what Tinubu did. I hadn’t been to Lagos for a very long time until last year when I was invited to be a special guest of honour at an occasion, and then I had been hearing of Lekki. So, when I went for the occasion, I took my time on the day of my arrival to go and have a look at Lekki.

“I went in front of Eko Hotel and I saw the area, the reclamation, buildings and general development that took place looking beautiful. The roads that I knew used to be very rough were all good when I went this time around. So, I was impressed by the number of development projects that were executed by Tinubu.

“So, in my opinion, Tinubu can make a better president than Buhari. What makes a better political leader in government is the plan. If you have a plan, you can do it; without a plan, you cannot perform.” Speaking further on the issue of zoning of the presidency, he said: “I happened to be a founding member of the NPN. The idea of zoning or rotation was introduced in the Nigerian political vocabulary by the NPN to the extent that the party inserted provisions in its constitution for zoning and rotation. But it was done on the basis of certain public and party offices that would be zoned between the North and the South.

“Now, most political parties have indicated acceptance to zoning and rotation by making declarations, others by implications. The APC sponsored Muhammadu Buhari and he is now in his second term. In my opinion, the APC is duty-bound to sponsor the next presidential candidate from the South.

“So, in my opinion, it is incumbent on the APC to sponsor the next presidential candidate from the South. For the PDP  and other political parties, it is a matter of wish – if they so wish, they can sponsor their candidates from the South or  the North, because they have not done two terms at this point in time.

“The principle of zoning and rotation is very important in Nigerian politics, particularly as long as we are operating the presidential system of government. This is particularly because the concentration of power lies with the Federal  Government and the presidency.

It would be inappropriate to attempt to run the presidency by a single region for more than eight years.”

Cry not for the North – By Yakubu Mohammed