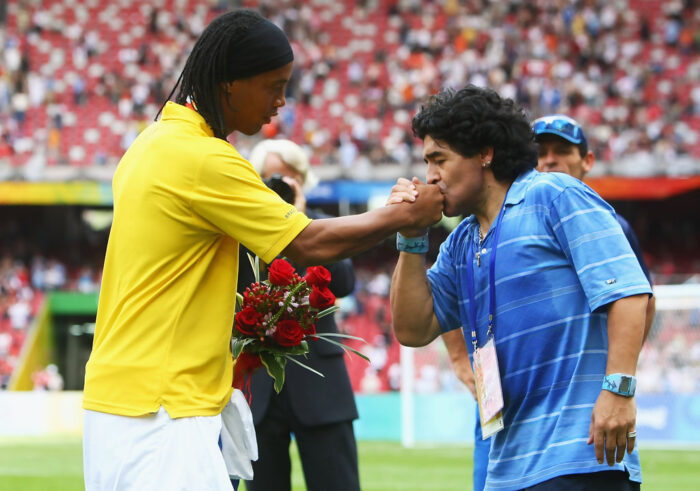 Can you imagine Ronaldinho playing in Argentina with Maradona? It could perfectly be the dream of any fan of the best football, who would see two living legends of the ball share a team. Well, maybe you wouldn’t have to imagine it, because in Argentina they’ve started talking about the arrival of the historic Brazilian in Gimnasia.

The newspaper ‘El Día’ published in the last hours a piece of news that has revolutionized Argentine and Brazilian football. Apparently, Ronaldinho’s entourage claim that he would love to come back to football.

The Argentinian media assures that the former world champion wants to leave behind the hard time he is living in the Paraguayan prison and return to professional football. But he’s not planning to do it alone. Ronaldinho wants to return to football with Maradona.
Sources close to the 40-year-old former player said one of his greatest wishes would be to make himself available to the Argentine legend in Gimnasia, although no contact has yet been made between the two parties.

El Día adds that this is an issue that would be discussed both by the Brazilian legend and the people surrounding the Argentinean coach.
Finally, the information makes clear that a reliable source of the newspaper has confirmed there is no official contact, but it is not ruled out that it may occur in the coming days.