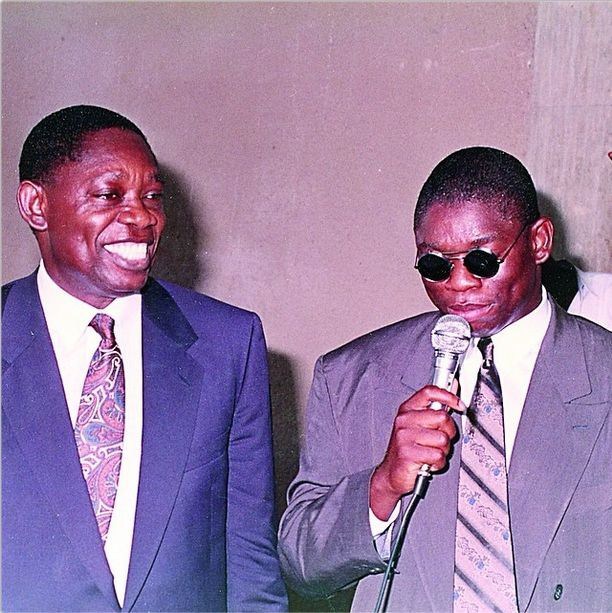 Friday, June 12, was Democracy Day. It provided occasion for sober reflection on where we are as a country; whence we came and where we are heading.  Aso Villa made all the right noises. The chattering classes did their part. I was part of a National Democracy Dialogue that was hosted by an organisation known as The Consultative Front and jointly anchored by my friends, Professor Antony Kila and Veteran Che Olawale Ogunniyi. Several distinguished personalities participated in the dialogue, including Hafsat Abiola-Costello. The programme was broadcast live on NTA, Channels TV and Ben TV.

At the heart of the debate was the person of the late Bashorun M. K. O. Abiola, presumed winner of the 1993 presidential election. We all shared the sentiments that, in truncating his mandate, Abiola and the Yoruba West were treated unfairly and unjustly by the military junta headed at the time by General Ibrahim Badamasi Babangida.  We all agreed that it was probably the freest election in our tortuous political history. And the electorate were united enough not to care that the two principal gladiators were both Muslims – Bashir Tofa and Moshood Abiola. They were also not bothered by the fact that Abiola’s running mate was also another Muslim, Babagana Kingibe.

Politeness, however, prevented us from digging deeper and being more critical. For the records, I was in the process of finalising my doctoral dissertation in England. I was therefore a merely distant observer of those events. I also joined, rather unconvincingly, the June 12 crowd. However, I attended some of the meetings with the likes of Kayode Fayemi and Tajudeen Abdulraheem of the blessed memory. I was a participant in the various brainstorming sessions that led to the creation of the Centre for Democracy and Development (CDD), a policy think tank envisioned as the intellectual wing of the June 12 struggle. But to be perfectly honest, I was a lacklustre member. I suspect also that my colleagues maintained some residual doubt as to my absolute loyalty. They were right. I belong to the traditions of Obafemi Awolowo and Aminu Kano. I found nothing in Abiola that resonated with my political consciousness.

I reviled General Sani Abacha from the bottom of my heart. I was a young Research Fellow at the National Institute for Policy and Strategic Studies, Kuru. From my very early 20s, I found myself interacting with these gladiators. I had dinners with IBB, Abacha and Abiola. We used to play snooker with a gallant officer who was General Commanding Officer of the Third Division of the Nigerian Army, in the person of Major General Muhammadu Buhari.  Forgive my arrogance, but none impressed me intellectually.

Whenever a man opens his mouth, I want to learn something from him. Babangida was probably the most intelligent of the lot, but his intelligence was pledged to Lucifer. Day or night, Abacha was always perpetually in dark glasses. He obviously had a lot to hide. He said very little, to give the impression that he was smarter than he truly was. Of the lot, he was the one that least impressed me. As for Buhari, he was the type of persona that one easily warmed up to. Gentle, smart and serious, he oozed leadership, patriotism and command. He was not much of a talker. We wrongly presumed that behind that quiet exterior lurked something surprisingly great.  Alas, there was, and there is, nothing.

Abiola flew in straight from New York once by private jet to speak to us in Kuru. We later had dinner together. He was a great raconteur. During the after-dinner tete-a-tete, he got rather emotional. He pulled off his cap and, rubbing his balding head, lamented how, as a young man in the streets of Abeokuta, he had to go to the bushes and bring back palm kernel on his head to sell in the market. He had to fend for himself to find the fees to go to school. He was stupendously wealthy. And unlike the wealthy, he was extremely generous with his wealth. He had the heart and compassion of a humanist. 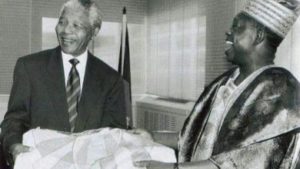 The political philosopher, Sir Isaiah Berlin, once remarked that the fox knows many things but the hedge hog knows one big thing.  These people were foxes who knew many things but had no single big idea for the country, beyond, that is, capturing and keeping power.

Abiola, in my opinion, should never have thrown his hat into the political arena in the first place. The ancient Hindu philosophers believe in the concept of “Dharma”. It refers to the essence of duty – of vocation and destiny. When a man derails from his dharma, then, it leads to confusion and even tragedy. Abiola’s dharma, in my view, was wealth-making. He made enormous wealth. He used that wealth for charitable causes and to promote good causes such as youth and sports, reparations and even African liberation. Many do not know that without Abiola’s help to Yoweri Museveni and his guerrilla fighters, the National Resistance Movement (NRM) would never have overthrown the evil dictatorship in Uganda.

Abiola should have remained in the zone of his greatest influence. In detouring into politics, he went into a territory for which he was ill-prepared and for which the gods never intended for him.

Abiola, if truth be told, was a part and parcel of the corrupt rent-seeking cabal that governed Nigeria during the military era. The bulk of his stupendous wealth was made through mouth-watering contracts given to him by his military friends. He even married the widow of one of them – Ajoke Murtala Mohammed.

Some of my younger readers might not know that the late Abiola was at one time Chairman of the American conglomerate of the International Telegraph and Telephone (ITT) for the entire Africa and the Middle East. He was smart enough to buy major shares in the conglomerate. He was minting endless money.  We take some judicial notice that ITT was intimately connected with the American CIA; playing a major role in the overthrow of the socialist and progressive government of Salvador Allende Gossens in Chile in 1973. Nobody could have risen to the topmost hierarchy of this multinational corporation without directly or indirectly being implicated with the CIA.

Abiola’s enemies would go so far as to say that he was a CIA agent. Even if this were true, he would not be the first. It has been a known fact that some of the high echelons in the Nigerian military were CIA agents.  Some of them, even in retirement, are still working for the Americans. This is why our country has found it impossible to become an inner-directed and inner-propelled flourishing democracy.

And lest I am misunderstood: I am not anti-American and never had been. But I believe that if I am to be a leader of my country, my primary loyalty shall be to my country and to Africa. I would want to have excellent relations with America. But I will always put Nigeria and her welfare, security, destiny and happiness first, above all things.

Abiola was made by the military and the same military decided that they did not want him as the occupant of the high magistracy of our great federal republic. In the terminology of the neo-Marxists, it was a case of secondary contradictions among the ruling elites.

The Abiola myth was a creation of the Yoruba Afenifere group and the motley of leftist intellectuals who rallied behind the banner of June 12. The principal protagonist himself was not a politician of conviction. With the slightest sign of trouble, he had fled the country. When his followers expressed disappointment for such cowardly flight from the battlefield, the Are Ona Kakanfo of Yoruba land explained that when birds are perching on a tree and they suddenly take flight, it would be foolhardy to find out why before you flee yourself.

He only came back to reclaim his mandate when his followers complained that they considered it untoward for him to abdicate the mandate of the people in such a cowardly manner. And when he came back, he walked straight into Abacha’s Gulag.

If he had been sworn in, Abiola would have still been beholden to the military and the Americans.  There is no evidence that he had an elaborate programme for economic development and industrialisation. If he did, Ojetunji Aboyade, Sam Aluko, Adedotun Philips and other renowned economists would have been part of it. Yes, he was a rich man, but he was a mere accountant who knew how to get the money. But he was not an economic thinker and he was not a man with a plan, unlike an avatar such as Obafemi Awolowo.