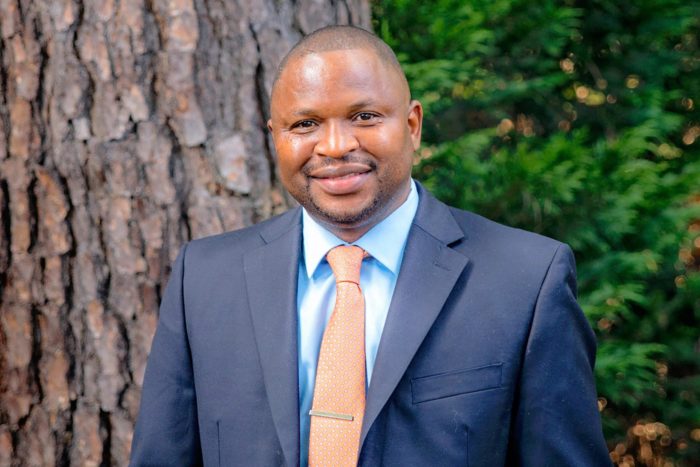 A member of the House of Representatives from Benue State by the name of Kpam Sokpo was reported to have sponsored a bill this week titled “Geo-political Zones of the Federation Bill 2020,” which proposes that the North-Central states of Benue, Kogi, Kwara, Nasarawa, Niger, Plateau, and the Federal Capital Territory, Abuja, should be renamed the “Middle Belt Zone.”

This isn’t the first time this proposal has been made, but it’s probably the first time it has been formally presented as a bill. As someone who did extensive reporting on the contemporary manifestations and history of the Middle Belt identity in the early 2000s when I was a reporter, I think Sokpo’s bill has no chance of passing. Here’s why.

First, the term “Middle Belt” belongs in the category of what I once called cartographic genteelisms in a June 25, 2017 column titled “Geographic Genteelisms: How We Use Geography to Hide Our Prejudice.” I defined cartographic or geographic genteelisms as euphemistic labels we have invented to cover our prejudices or to help us make willfully opaque references to ethnic, racial, or religious identities.

Middle Belt isn’t a merely geographic concept. It’s actually morereligio-cultural than it is geographic. That is why several prominent advocates for the Middle Belt are from states other than what is now known as the North-Central zone. For instance, the late Dr. Bala Takaya, with whom I related robustly in Jos in the early 2000s, was from Adamawa State but was one of the intellectual powerhouses of Middle Belt politics and identity. Dan Suleiman, a onetime chairman of the Middle Belt Forum, is also from Adamawa State.

So, in spite of appearances to the contrary, Middle Belters aren’t merely Nigerians who are caught in the mid-region of the country. Shorn of all pretenses, Middle Belt refers to Northern Nigerian Christians who are not ethnically Hausa. It excludes non-Hausa northern Muslims and Hausa Muslims in Nigeria’s central states.

The Middle Belt, in other words, has historically referred to Christian ethnic minorities in all the six north-central states, the northeastern states of Bauchi, Gombe, Borno, Yobe, Adamawa, and Taraba, and the northwestern states of Kaduna and Kebbi.

Middle Belt intellectuals customarily talk of the “geographical Middle Belt” and the “cultural Middle Belt.” The cultural Middle Belt is indifferent to land borders. As I pointed out in my 2017 article, this is merely a tediously roundabout way to say a Middle Belter is a Christian (or at least a non-Muslim), non-Hausa person whom colonial cartography had labelled a “northerner.”

Andrew Barnes, a professor of history at Arizona State University, made this point eloquently in his 2007 academic article titled “The Middle Belt Movement and the Formation of Christian Consciousness in Colonial Northern Nigeria” published in the “American Society of Church History.”

He pointed out that when what is now known as the Middle Belt Movement was formed in 1949, it was initially called the “Non-Muslim League,” which he said was a “reflection of the shared perception on the part of the participants that what they had in common was a desire to be free of the Muslim political control that was to be implemented throughout the northern region as a prelude to decolonization.”

Religion is northern Nigeria’s dominant contradiction. Identities are defined by it and excluded on the basis of it. It is inevitable that when people are shut out because of their religious identity, they will unite and organize on the basis of the reason for their exclusion.

I recall a conversation I had with a Fulani Christian from Kano by the name of Bulus Karaye in the early 1990s about the systematic exclusion of northern Christians in politics and quotidian life in even their home states. He told me although I was a non-Hausa person from Kwara State, I stood a better chance to be governor of Kano than he who was native to the state.

In other words, the assertion of a Middle Belt identity is legitimate and justified because it is a response to the overt exclusion of Christian ethnic minorities in the North because of their religious identity. The late Bala Takaya introduced me to what Middle Belt intellectuals call the concentric circle of power and influence in Northern Nigeria.

There are different variations of the concentric circle, but the one I remember has Hausa and Fulani Muslims at the core of the circle and non-Hausa Christian northerners at the outer edges of the circle. All other northern identity categories fit somewhere in-between.

Like white people who deny the existence of white privilege, many in the far north had dismissed the accuracy of the concentric circle of power and privilege in the region. However, since at least the year 2000, in response to President Obasanjo’s apparent preferential treatment of non-Hausa, non-Muslim Northerners in political appointments between 1999 and 2007, many people in the sub-region have now embraced the label “core north.”

Since the existence of a core necessarily implies the existence of a periphery, the implication is that parts of the North that aren’t “core” are peripheral and insignificant, which basically affirms the accuracy of the concentric circle of power and influence that Middle Belt intellectuals had called attention to many years ago but which Hausa Muslims had dismissed as mistaken.

However, the agitation for a Middle Belt geo-political identity is another attempt to create a new “core” (I’ve also heard the expression “core Middle Belt”!) with its own new periphery. In other words, just like “core north” is a geographic genteelism for “Hausa Muslim North,” “Middle Belt” is a geographic genteelism for a Christian ethnic minority region out of what colonial cartographers designated as the “North” since the early 1900s.

Kwara, Niger, and most of Kogi states don’t fit this identity. Kwara, for instance, is predominantly Muslim. What is more, central and southern Kwara are linguistically Yoruba, which gives them more cultural affinity with the Southwest than with the North or the “Middle Belt.” Kwara North is peopled by Baatonu, Nupe, and Bokobaru people who share more cultural and religious affinities with people from, say, Sokoto than they do with people from Plateau. They would be lost in a Middle Belt zone.

Everyone knows most of Niger State used to be part of the Sokoto Province. It is culturally indistinguishable from states in the far north. Kogi is a confluence of so many cultural, ethnic, and religious influences and doesn’t fit quite easily in a Middle Belt Zone.

The Ebirain the state are predominantly Muslim. The Okun people are linguistically and culturally closer to Ekiti State than they are to any state in the North or the “Middle Belt,” although the late Bello Ijumu from there was prominent in the Middle Belt movement. The Igala are so spread out that they can be found even in the Southeast and in Edo and Delta States. And so on.

Most importantly, though, Muslims in Kwara, Niger, Kogi, and even Nassarawa states are unlikely to accept being part of a region whose name owes etymological debts to a 1940s movement called the Non-Muslim League.