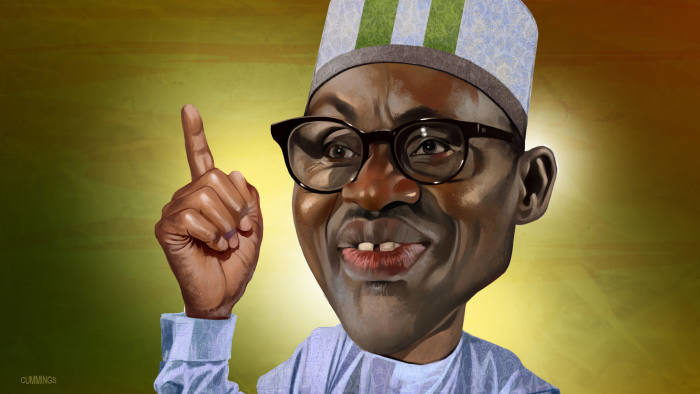 One year ago this week, on the inaugural “Democracy Day,” President Muhammadu Buhari advertised a war on poverty.

According to him, as he spoke on June 12, Nigeria’s new Democracy Day, in 10 years his All Progressives Congress (APC) would lift 100 million Nigerians out of poverty.

Given that he had just squandered four years, a lot of it sitting in a lavish villa in London watching television, he was in effect borrowing time as though it was foreign money.

But he was responding to Nigeria having become the poverty capital of the world under his watch, a shameful championship coming from the statistics that are dutifully maintained by the World Poverty Clock (WPC).

In 2018 when Nigeria took the poverty title from India, she had 89.8m people (or 46% of the population) in extreme poverty.  WPC also pointed out that the Nigerian numbers were growing worse, with six Nigerian joining the ranks of the extreme poor every minute.

Buhari, with a track record of losing wars, sometimes to himself—against corruption, against Boko Haram, against indolence in office, against medical tourism, among others—swore he would win this one, pointing out that China, India and Indonesia had done it despite their large populations.

He said he knew the secret weapon: “Leadership and a sense of purpose.”

The problem is that Buhari then forgot both mission and weapon. He went to bed, conveniently forgetting that if he is to fulfill his promise and SDG1, Nigeria has a relentless real-time Target Escape Rate to pursue.

The result is that just one year later, there are now 102,407,327 Nigerians—half the country’s population—in extreme poverty.

That figure also represents 14.8 per cent of the world’s population living in extreme poverty.  India, which we displaced, has only 3 per cent, as the UK where the Nigeria leader loves to spend Nigeria’s wealth. Indonesia is at 4 per cent and China, 0.2 per cent.

Buhari, meanwhile, has not enunciated a strategy.  Do generals fight wars without a strategy or pilots fly planes without a flight plan?

There is reason to worry that Buhari has no real heart for a war—any war—and that last year, he had merely read a speech someone gave to him.  And that his government, pushed to the wall, might merely manufacture favourable statistics.

This is not baseless: Just two months after his “war declaration” last June, his government offered the barefaced lie that in its first three years, it lifted at least five million Nigerians out of extreme poverty.

Perhaps that came from what appears to be a continuous case of economic and intellectual malpractice or deficit in the administration, with several officials mistaking social intervention programmes for a strategy against poverty.

Launching an Economic Advisory Council last October, Buhari was still wielding the goal like an accomplishment, asking members to work toward alleviating poverty. It was repeated in his letter to Nigerians in January 2020.

But to alleviate pain is not to treat the ailment.  Still missing was that guiding document or action plan.

And then: while Buhari slept in the opulence of the presidential palace, the oil market collapsed.

Still, Buhari slept, protected by hundreds of soldiers and policemen and by a trailer load of semi-professional praise-singers with snake oil on their tongues.

And then the coronavirus pandemic—travelling with various underlying national conditions—came along.

Still, Buhari sleeps.  In view of these new complexities, he would have needed to revamp the national anti-poverty plan, but you cannot revise something that doesn’t exist.

And none exists because Buhari is asleep at the wheel.  He perhaps never stayed awake long enough to recognise that the days of governance by the magic words of “with immediate effect” are over.

Or that a Nigeria in which one segment is dominated by another is a dangerous myth: Last week, Col. Abubakar Dangiwa Umar (retd), also a former military governor, became the latest high profile Nigerian to castigate Buhari over his philosophical re-definition of the Nigerian state by his lopsided appointments.

“I regret that there are no kind or gentle words to tell you that your skewed appointments into the offices of the Federal Government, favouring some and frustrating others, shall bring ruin and destruction to this nation,” he said in a letter.

And that is on a subject in which Buhari does anything at all or seems to open his eyes.

In economic management as with any other issue, he seems to think that once he has given to the northern Nigeria of his definition the commanding heights of the nation’s security and administrative machinery, his job is done and he can go back to sleep.

That is where I think that eminent Nigerians who are reacting to Buhari’s narrow-mindedness, especially northerners, must do more.  The truth is that we have spent five years not simply going in circles but travelling back in time.  And that the North has been hurt more.

But at his inauguration in 2015, Buhari reveled in what he called a reservoir of goodwill and high expectations, saying Nigeria had never enjoyed as much goodwill abroad.  “The messages I received from East and West, from powerful and small countries are indicative of international expectations on us.”

He squandered it.  All of it.

Of Nigeria’s challenges, he cited “insecurity, pervasive corruption, the hitherto unending and seemingly impossible fuel and power shortages” as priority, bragging he would tackle them head on.

And he declared: “Nigerians will not regret that they have entrusted national responsibility to us.”

That clearly, was a hoax.  Within six months Nigerians were regretting their votes, a whisper which has grown into a roar of outrage, as exemplified by the poverty challenge.

Nigeria, armed with a committed and coherent plan, can conquer poverty and other problems as other countries have done.  With the kind of leadership Buhari is providing, however, the next three years are guaranteed to be worse than the last five.  Infinitely worse.

But that is only partly because of the bad faith Buhari has shown since 2015.  It is more because he simply—evidently—lacks leadership.  To preach is not to possess.  To claim is not to be.

That leaves the Nigeria leader, as he returns to the microphone on Friday, one year after his original declaration, with a critical broadcast.  Will he come up with a detailed plan—including elements of economic growth and population—or with further bombast?

Hopefully, Buhari’s speech on Friday will recognise that on this subject, not only is he five years behind the starting gate, few Nigerians outside Aso Rock would recommend him for the job.

His best gift to Nigeria, especially to the only part he appears to be interested in, would be for him to let someone else do this job.

That would be the best definition of “leadership and a sense of purpose.”