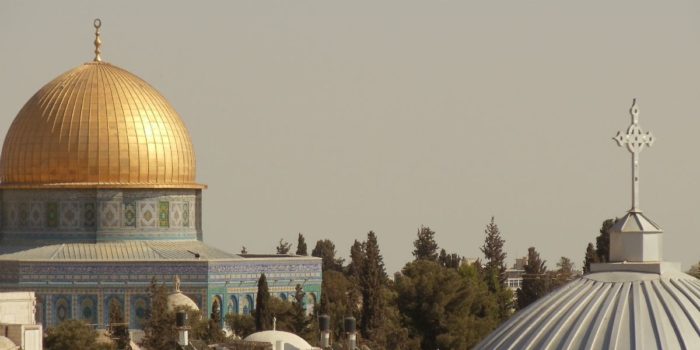 Despite the hysteria, the frenzy and the phobia  this  Coronavirus has continued to generate,  we can still safely reach one conclusion: this current pandemic may not end up being the worst in history. This is one conclusion.

Though it provides  the growing tribe of  doomsday casters an opportunity, on a platter of Chinese gold, to ply their trade and perfect their prophecies, the fury of this pandemic is not sufficient scientific or spiritual indication that the world would end soon.

History is not on the side of such apocalyptic conclusion. I concur with some reservation that it is natural to develop a phobia, given the cloud of uncertainty that has enveloped the world.

This Corona obviously  has assumed the status of an angry god whose demands are becoming increasingly insatiable. Erratic and intemperate, its feelings are equally difficult to gauge and assuage as attested  to by the gallant doctors and nurses and some other care-givers, who are waging a titanic battle to contain its spread and its bloodthirstiness.

Corona, we must admit, has disjointed the social fabrics that glue the society together. And because it behaves truly like a jealous god, it has changed the mode of worship of the true God and replaced it its own protocols. Thou shall not congregate in multitudes to worship as enjoined by God the creator. Behaving truly in an Antichrist fashion, it  has also  forbidden, on the pain of death, that worshippers should assemble in their mosques or churches to promote brotherhood and fellowship.

Though it has not yet outlawed weddings and marriages, it is averse to the pomp and panoply that some wealthy in the society associate with the  nuptial ordained by God. For now, this false god says thou shall not engage in the gaudy display of wealth resulting oftentimes in the lockdown of streets. The only lockdown it has permitted is the one that keeps you under lock and key at home,  maintaining a social  distance of not less than six feet, even between you and your missus.  No handshake, no hugging, no kissing, no nothing. But stay clean and stay safe.

For the first time in living memory, the holy mosques in Makkah and Madina are out of bounds to worshippers. And so is the St Peter’s Basilica in the Vatican where last Sunday the Pope marked the Christian Palm Sunday, speaking to an empty ground that was supposed to be filled to the brim with worshippers.

All these still don’t, in my view, amount to the fact that this pandemic is anywhere comparable, in its fury and capacity for havoc, to its predecessors in history. It does not rival, for example, the Antonine Plague which in 165 AD claimed five million lives or the Black Death  that reigned in the world and ravaged it from 1346 to 1353. For  seven years, this bubonic plague which was transmitted by fleas, caused 200 million deaths, fifty percent of the world population.

In modern times, and coming back home, this pandemic stands no chance of living up to the billing of international doomsayers. It will not even match the combined figures of death caused by malaria, or Lasa fever, cerebrospinal meningitis, not to talk of surpassing them. Certainly, we have managed, not so effectively, to live with our own man-made plague  caused Boko Haram, cattle herdsmen and rustlers and assorted but indefinable bandits.

The terrorism of these vicious marauders enjoys the wide-spread support of kidnappers,  armed robbers and Niger Delta militants in alliance with officially certified pen robbers. The overall effect of all these on our social and economic lives is horrendous enough but if they don’t spell doom for us, this pandemic will not.

No matter what the cynics may say, governments at all levels in the country have risen stoutly against  the pandemic  and all that we can do is to give them support and even kudos. And more deserving of our appreciation are those on the front line, our gallant doctors and nurses and other auxiliary care-givers doing the yeoman job of keeping the country safe and alive.

Just as the corona pandemic will not herald the second coming of Christ, at least not yet, the impact it has had so far on relationship is minor compared to the devastating economic effect. The world economy is in tailspin and those countries like Nigeria that depend on mono product and mono source of foreign exchange  earnings are the most vulnerable in view of the plummeting oil prices.

Now cash-strapped, the national budget has been slashed and the mangers of the economy are scratching their heads for immediate and long-term solutions.

On Monday, Finance Minister Zainab Ahmed told newsmen that the country would seek $3.4 billion loan from the International Monetary Fund and another $1 billion from African Development Bank to tackle the pandemic.

All these valiant efforts lead in one direction – hope, not doom.

And if anybody, to add to your fears, comes knocking at your door to preach to you about the imminent coming of Christ, ask him to read the history of the multiple prophecies that failed.

But before then, let us admit that the second coming of Christ is an event long predicted in the Bible and the Qur’an as an article of faith. History tells us that even the disciples of Christ who witnessed his “death” believed earnestly that in their own time, before their very eyes, the second coming would happen. It did not.

As far back as AD 90, the fourth pope, St Clement 1, according  to history, predicted that  the end  of the world was imminent. The disciples  were wrong.  And the pope was wrong.

But the hysteria became so strong later. One Roman leader was so sure that this apocalypse would happen in two days that he and his followers did what they thought was the right thing to do – they disposed of their houses and other belongings.

In AD 365, some hundreds of years after the first failed prophecy, a Catholic bishop, Hilary of Poitiers, proclaimed with a divine certainty that the world would end that year. It did not.

But that has not put a stop to the hysteria. More thrilling episodes were still to come. Between 1669 and 1690, twenty thousand fanatics, for the fear of facing the dreaded Antichrist, burned themselves to death.  These were the forerunners of the more recent hysterical madness that led to mass murder.

The one that comes easily to mind is the Guyana tragedy which later became a blockbuster, an award -winning movie. I was in Glasgow, Scotland on November 18,1978 when it happened. And I watched the horror live on television.

This crazy guy called James Warren Jones was an American civil right preacher, faith healer and cult leader who, according to Wikipedia, conspired with his inner circle members to direct a mass murder-suicide of his followers in his jungle commune at Jonestown in Guyana. 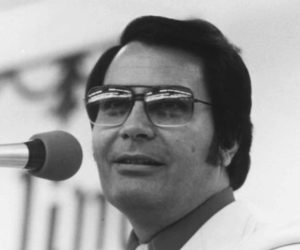 He had fled USA to Guyana to avoid arrest for human rights violations. Even in the jungle where he camped with his followers, the law was about to catch up with him.  He murdered a delegation from the US led by Representative Leo Ryan that was in Guyana to investigate his activities. When the police closed in on him, he coerced a mass suicide and mass murder of 918 commune members, 304 of them children. He then shot himself.  His was one the tragic prophecies that failed.

Though both Christianity and Islam agree that the turbulence in the world today starting from World War I and World War II and the Holocaust, the  global economic meltdown, global warming, the tornadoes and the accompanying Tsunami of Hurricane Katrina  when mixed with the cocktail of corruption and terrorism, insecurity, homosexuality and the explosion in the population of gay men and women and the total collapse of morality and religion, the inevitable conclusion is that end time is well- nigh.

But take a break.  Well- nigh in the eye of God may still be billions of years away. For now, therefore, all we can do is get closer to God, stay safe, maintain social distance and stoically live with the lockdown. Coronavirus may not be the end of life.