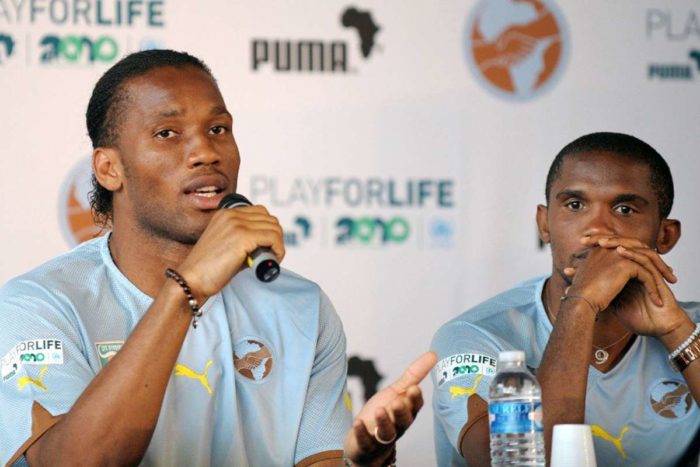 Two African football legends, Didier Drogba and Samuel Eto’o have condemned comments by two French doctors who recently suggested, in a TV discussion about medical trials for a Covid-19 vaccine, that they be used on Africans first.

Didier Drodga said that the suggestion was taking “African people as human guinea pigs,” adding in another tweet that “Africa isn’t a testing lab”:

The doctors’ comments were also criticised by ant-racist groups and many others commenting online.

In it Dr Mira, from Cochin hospital in Paris, proposes that a medical trial for a Covid-19 vaccine should be carried out in Africa as it had been done in studies relating to Aids:

Following the controversy, Inserm said in a statement that the video was “the subject of erroneous interpretations”:

“Clinical trials to test the efficacy of the BCG vaccine against Covid-19 are… about to be launched in European countries and in Australia. If there is indeed a reflection around a deployment in Africa, it would be done in parallel with these. Africa must not be forgotten or excluded from research because the pandemic is global.”

BCG is a vaccination mostly given to babies in countries where tuberculosis is common.

Some recent studies have suggested that countries where BCG is administered reported fewer deaths related to Covid-19.