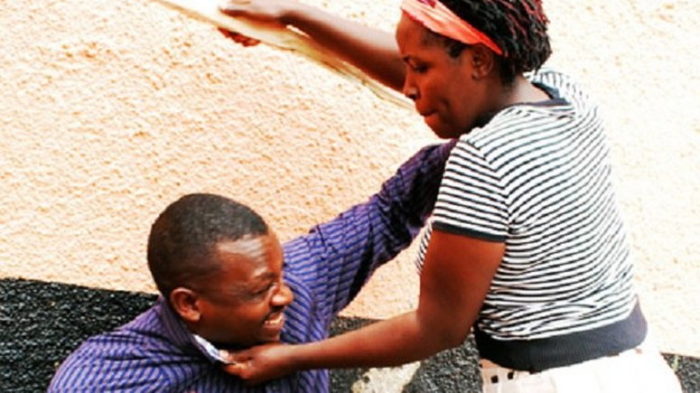 Being single in this coronavirus lockdown may be a blessing in disguise.

There have been a lot of talks about married people being lucky this period of lockdown because they would have someone to spend quality time with. That may not be true for many couples as domestic violence cases have increased immensely.

The lockdown may even be worse for couples who were having some problems before.

Since the beginning of the lockdown imposed by governments around the world to help stop the spread of the Covid-19 coronavirus, domestic violence cases have increased rapidly.

A large reason for this is that where victims previously found space to breathe, whether at work or for social reasons, they are now spending all their time at home with their spouses. Likewise, children are not able to attend school, which many parents consider a safety net.

Financial problem among couples could also be responsible for the spike in domestic violence this period. In a situation where the man who is meant to be the head of the family is not able to provide enough in this tough time, may lead to quarrels and later degenerate into a physical confrontation.

Governments all over the world are receiving more and more calls for help, as victims of domestic violence fear for their own and for their children’s health and well-being.

In France, domestic violence has risen by 36%, including two cases of femicide, since the beginning of the lockdown. To help tackle this, the government has announced that it will be paying for victims to stay in hotels, whilst pop-up counselling centres will be installed in shops in the hope that women out buying groceries will be able to access them easily.

In the United Kingdom the police are encouraging victims to use what they are calling a silent call: by calling the emergency number 999 and then dialling 55 the police say that they will recognise the call as “a cause for concern”.

In Australia, Prime Minister Scott Morisson announced a 75% rise in Google searches for help since the start of the lockdown. And The government has given a S$142 million boost in funding to tackle domestic violence

In Africa and Asia, due to the conservative nature of the people, cases of domestic violence are hardly reported.

Domestic abuse survivor Rachel Williams, who was shot by her estranged husband Darren as she worked in a hair salon, said vulnerable victims will “feel more isolated than ever”.

The 48-year-old, who is now a domestic abuse counsellor and campaigner, said “victims will have no breathing space” as families are forced to spend all day at home together.

“The perpetrators and the victims would normally spend some parts of the day in work or socialising,” said the founder of Stand Up To Domestic Abuse organisation.

“That could give the victims breathing space and someone to talk to.

“The children are also not in school which means they don’t have a safety net – and in some cases a decent meal.

“Now they’re all sharing their surroundings 24/7 with no breathing space. It will be tougher than normal.”