Home Columnist Over 113,000 people have recovered from coronavirus 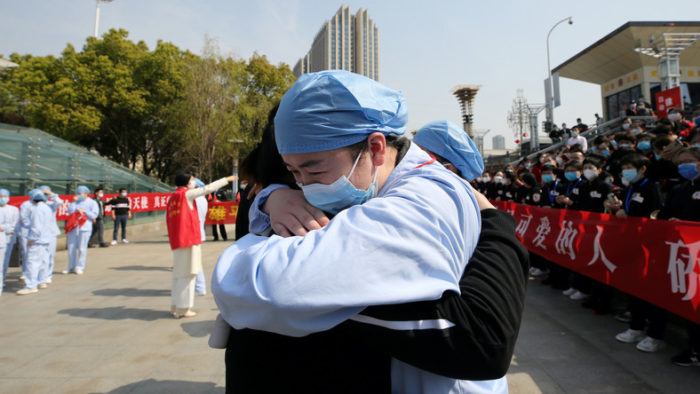 More than 113,000 people have recovered from the novel coronavirus across the globe, according to several sources tracking the global number of COVID-19 cases.

The novel coronavirus has swept the globe, infecting more than 461,000 people and killing at least 20,000 worldwide, leaving mass hysteria in its wake.

But statistics on the number of recovered coronavirus cases around the world may provide a glimmer of hope as countries continue to curb the spread of infections.

According to at least three sources tracking the coronavirus worldwide, more than 113,000 people have recovered from COVID-19.

China, where the novel virus originated, still has the most total coronavirus cases (more than 81,000) but the country also has the bulk of the global recovered cases, with more than 73,000, according to Microsoft Bing’s tracking tool .

But some European countries, notably Italy and Spain, have seen higher death tolls than China did. Although Italy has more than 69,000 confirmed cases the second-highest number of coronavirus infections only 9,300 have recovered from COVID-19 so far, and more than 7,500 Italians have died after contracting the virus.

Based on numbers from Microsoft , here’s how other countries compare, as of Wednesday evening:

What “recovered” means differs by person, and is something researchers will be figuring out for years to come. Some patients who had mild symptoms have reported feeling fine after the disease passed, while others with more severe cases might have lasting lung damage . It could depend on a person’s age and if they had any preexisting conditions before they got the coronavirus.

In the early days of the outbreak, China made up a majority of the global cases but the virus rapidly spread across the globe and it wasn’t long before global infections surpassed those in China. Most recently, Spain recorded more than 730 new coronavirus deaths in one day , meaning it has now surpassed the death toll in China. Italy’s death toll has passed China’s, too.

China quickly implemented strict quarantine measures in January, including city-wide lockdowns, travel restrictions, and social distancing campaigns. The number of Chinese patients who have recovered from the coronavirus surpassed the number still being treated on March 6, suggesting the country was overcoming the epidemic.

While “community spread” (meaning transmission in public spaces like a movie theater or a train) has appeared to be an issue in US cases, this form of transmission appeared to be less common in China, STAT reported. According to the World Health Organization , transmission in the country mainly occurred among family members and people in close contact with infected patients.

China appeared to have domestic infections under control, but a small uptick of cases has appeared across Asia. Many health officials have attributed the new COVID-19 cases to “imported infections,” or cases from individuals who have recently arrived from other hard-hit countries in Europe and North America.

As China slowly begins to lift the restrictions put in place to curb the spread of the virus, other countries are only now ramping up efforts to battle the coronavirus. One-third of the world is currently under lockdown, and public health officials maintain that testing individuals for the virus and social distancing are the best ways to combat the pandemic until we have a vaccine.

“Aggressive measures to find, isolate, test, treat, and trace are not only the best and fastest way out of extreme social and economic restrictions,” WHO Director General Tedros Adhanom Ghebreyesus said during a press conference on Wednesday. “They are also the best way to prevent them.”