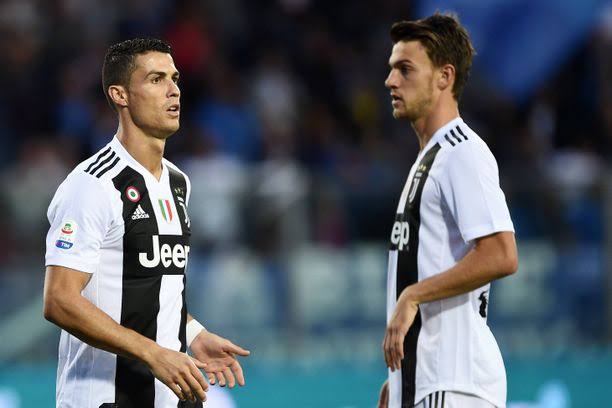 “The footballer, Daniele Rugani, has tested positive for coronavirus-Covid-19 and is currently asymptomatic,” Juve said in a statement. “Juventus Football Club is currently activating all the isolation procedures required by law, including those who have had contact with him.”

Rugani who has not been a regular player for Juventus has made only seven appearances for the club this season – the game being in the 2-1 win against Spal on 22 February – but was an unused substitute for Juventus on Sunday in their behind-closed doors victory against fellow league contenders, Inter Milan.

Inter responded to the Rugani news by suspending “all competitive activities”, which includes training.

“Following Juventus FC’s announcement that their player Daniele Rugani has tested positive for Covid-19, FC Internazionale announce that all competitive activities have been suspended until further notice,” a statement read. “The club is currently taking steps to put all the necessary procedures into place.”

Juventus are due to take on Lyon in a Champions League quarter-final second leg next week, with European and internaional competition excluded from Italy’s domestic ban on all sport until April 3.

As a result of Rugani’s condition there could be more pressure on UEFA to rearrange Juventus’s match with Lyon, with several Europa League matches already affected by the outbreak.