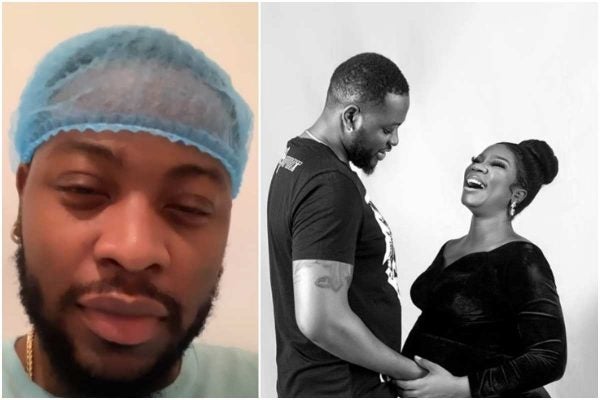 Teddy A and Bam Bam

Former Big Brother Naija housemates Teddy A and Bam Bam have welcomed the birth of their first child together. A daughter they named Zendaya.

Teddy A, whose real name is Tope Adenibuyan, today announced the birth of his daughter on his Twitter page at 2:46 AM.

He posted his newborn daughter’s name along with the love emoji:

A few days ago, Bam Bam, whose real name is Bamike Olawumi, took to her twitter page to share her pregnancy journey, she tweeted:

“Pregnancy completely changes you, some days I don’t believe I’m the one standing in front of the mirror. My skin, my complexion …..hormones have taken over. It’s amazing.”

Bam Bam and Teddy A met and began their relationship in Big Brother Naija ‘Double Wahala’ house in 2018. They first announced their engagement on August 4, 2019.

On the 7th of September, 2019 the couple had their traditional marriage in Ogun state while the white wedding took place on the 16th of November 2019 in Dubai, UAE.