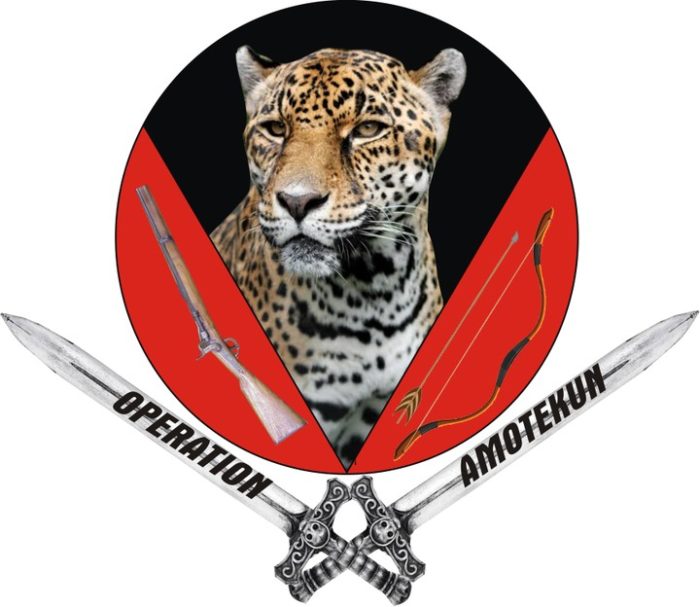 When you present a freshly brewed, strong coffee to a guest, and he takes a sip and immediately puts it down because of its strength, what do you do? You offer milk, and dilute. The milk not only changes the colour of the coffee; it makes it weak. The decision of the South-West state governors to back away from establishing a “regional” security outfit in favour of a “state structure” on the insistence  of the Inspector-General of Police, Mohammed Adamu, last Friday, has poured a lot of cold milk inside the coffee for Operation Amotekun. Some would see it as a betrayal, and a humiliating climb down, others would see pragmatism, and a long game. Be in no doubt, the Federal Government has won this round of the battle for the soul of the region, hands down. The tried and tested divide and rule colonial tactic has come roaring back into the political calculus. While there is strength in a united front, there is weakness in acting as lone rangers which, for all practical purposes, the governors now are. The IGP’s masterly co-option of Amotekun into the wider Nigerian security echelons is commendable. In fact, it is nothing short of breath-taking given the level of heat generated by the pronouncement of the Attorney General of the Federation, Abubakar Malami, barely two weeks ago. The South-West governors are now clearly in retreat; well and truly chastened by the experience. This may be tactical and temporary, but only time will tell. They were basking in the glow of publicity and euphoria of the Amotekun ‘masterstroke’ a little while ago. This column contends that the unravelling of the security outfit ultimately makes Nigeria less safe.

Nigeria as a country remains very much a British idea; it has yet to translate into a nation-state for Nigerians. However, it is not the British who will commandeer a nation-state for Nigerians; the inhabitants themselves must give voice to that. That voice is the missing link. It is conspicuous by its absence in the ongoing “Project Nigeria”. No one has ever bothered asking the masses (i.e. the electorate) whether they wish to ratify the amalgamation of the Northern and Southern Protectorates of Nigeria effected by Lord Lugard in 1914 on behalf of the British Monarch. The independence constitution of 1960 legitimised Lugard’s action until the military (in a coup) nullified it in 1966. By consequence, reference to “we the people” in the commencement of the 1999 Nigerian constitution is a lie, to put it bluntly. No referendum to ascertain the will of the people has been conducted since the 1966 military diktat. All Nigerian constitutions since have been an exercise in illegality for being the offshoots of an armed seizure of power. Should subsequent elections and advent of politicians have resolved this? Yes, it probably should have, but for the corruption and mismanagement of federal resources. Some would even argue that the mismanagement of federal resources is directly linked to the democratic deficit in the constitution.

Prior to 1966, when Nigeria had an authentic federal (regional) structure via: West, East, and North, there was some stability and healthy rivalry from which the West, under the Premiership of Chief Obafemi Awolowo, benefited immensely. The first regional television station was established there. It was in fact, the first of such endeavours in the whole of Africa. Universal Basic Primary Education was made compulsory and free despite widespread scepticism about its viability, agriculture was prioritised as the main driver of economic development, etc. It was during this time that the seed for a continuing regional administration was planted. It has since grown and lingers in the minds of the political elite in the region till today regardless of party affiliation. Regional administration has, however, given way to state administrations, hampering wider societal cohesion as a result. It is the continued failure of the contemporary political arrangement for governance in Nigeria that has forced many people in the South-West to hark back to the “good old days” of a regional administration. Consequently, anything conceived and organised along regional boundaries in this country is seen as an attempt to “break up” Nigeria, hence the initial “ban” on Amotekun. This is where we need to explode some popular myths making the rounds in Nigeria. First, there is no monolithic “North” fighting to preserve the status quo, and the equivalent monolithic “South” fighting to “restructure” (or break up) Nigeria. The World Bank’s recent finding that close to 90% of the poor (the downtrodden, and wretched of the earth) in Nigeria are to be found in the North speaks volumes. Are those ‘lumpen proletariat’ earnestly trying to preserve the status quo? Conversely, the southern political elite purportedly “fighting” for the “restructuring” of Nigeria are currently in power, are they not? They have been in power since 2015 in fact.

You see, “restructuring” is a game the political elite play to get in and out of the corridors of power. Nigeria’s “unity” is the other game they play to stay in or out of power. Amotekun was caught in the middle of this political power game. It was set up to demonstrate the ‘can-do’ spirit of the Awolowo era; not to break up Nigeria. Nigeria’s unity has become so fragile for many in the establishment that even such an innocuous, community self-help is immediately catapulted into an existential threat to Nigeria as an entity. Incidentally, when Zamfara State declared itself a “Sharia state” in 1999 contrary to the provisions of the constitution expressly forbidding such a declaration, nothing happened.  The Federal Government under President Olusegun Obasanjo, simply looked the other way. It is a pity the South-West governors did not stand their ground, and seek a judicial interpretation before throwing in the towel. There is nothing in the constitution that prohibits a group of governors from harmonising their efforts and pooling resources in the area of security and economic development. The same governors have already signed up to “DAWN”; Development Agenda for Western Nigeria without passing legislation through their various Houses of Assembly. Interestingly enough, the Federal Minister of Finance has not found it necessary to ban such initiative either. Amotekun was designed as the community safety arm of DAWN. What is the difference? Why not ban DAWN altogether? Or, turn it into a subsidiary of the Federal Ministry of Budget and Planning? A regional approach is welcome on the economic front, but not so welcome on the community safety front. On what specific rationale? Amotekun is not an armed force on a par with Nigeria Police.

In a total and complete capitulation, the South-West governors were made to draft the Amotekun bill separately and individually rather than simply craft one copied to the other states in a united fashion. Amotekun in each state is now implicitly accountable to the state commissioner of police who could be deployed from any part of Nigeria. Knowledge of the local environment, their language or culture, becomes irrelevant. What Amotekun does in Oyo may, or may not, be in line with what the outfit does, say, in Lagos or Ekiti. No choreographing or synchronisation; no common front. Worst, they may soon become rivals in the field, as police commissioners in each state may choose to exert authority on the outfit in differing manners, in a divide and rule tactic. It is only a matter of time before it is disbanded in one or more states for whatever spurious excuse that may come from high up, or from some other local political shenanigans of a partisan nature. The governors have agreed to “unbundle” Amotekun’s regional focus, rendering it, in many people’s eyes, no longer fit for purpose even before they have apprehended their first suspect. Alas, this baby has been strangled at birth.