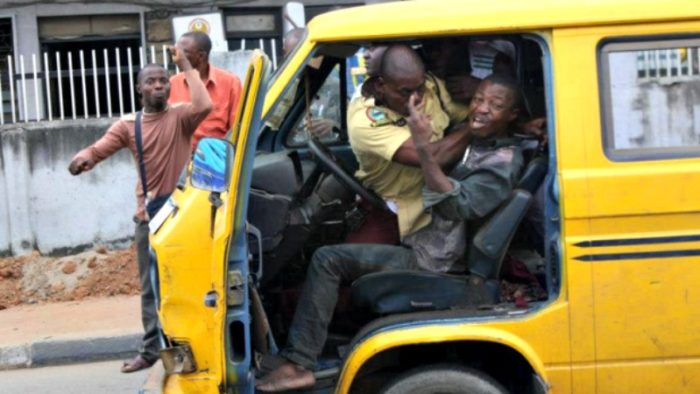 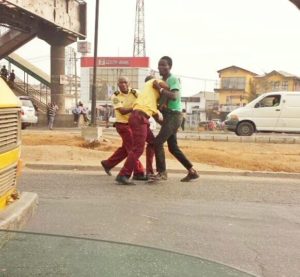 The mental processes of the proverbial “Lagos driver” spurred the state government to recommend psychiatric evaluation as part rehabilitation of traffic offenders, among other measures. That initiative was meant to be implemented by sterling law enforcers.

More drastic measures are, however, required in the recruitment and periodic evaluation of officers of the Lagos State Traffic Monitoring Authority (LASTMA). Profuse apologies to the tireless, diligent LASTMA officer by whose industry Lagos sustains endurable traffic, everyday.

His random peer carries on as an ‘enforcer’ with the psychology of an outlaw. He is sensitive to nature’s harsh elements thus his mental processes are wildly tinged. Chicane is his lord and master; he is like the Delphic oracle maddened by vapours.

He reverts to anarchic consciousness, receiving signals from lust and rage rather than tact and brain. Driven by official instructions to prevent violation of traffic law, he carries on mindlessly, forgetting or not knowing, that, there should be balance and harmony between instruction received and implementation.

Whereas LASTMA was created to serve as a supportive machinery of state, currently, it operates as a mercenary of state – driven by inordinate hankering for cash, violence and bloodshed among other destructive tendencies.

Several months ago, I escaped death in the hands of homicidal LASTMA officers. The murderous horde was attached to the agency’s Pen Cinema division in Agege, Lagos. About seven of them attacked me and an older relative, who is a police detective, with broken bottles, cudgels and amulet.

We were on our way to the gym at Police College, Ikeja, when I made a stop over at the popular Mosalasi market. I parked off the road, into the gates of an uncompleted building. Ten minutes later, I returned to an empty spot. I was shaken.

A market woman of the sidewalk told me that some LASTMA officers came to tow my vehicle.

It flouted common sense. There were two commercial buses packed by the roadside. The LASTMA officers ignored them and moved their towing truck inwardly to tow my vehicle which constituted no traffic nuisance.

“O neat gaan, eni ti o ni ma ya owo (It looks neat, the owner would make a fine mark)” they reportedly said. Following a tedious search, I sighted my vehicle, jacked-up, on LASTMA’s tow-truck opposite their holding lot beside the Isheri-Olowoora park in Agege. I felt relief.

Instinctively, I brought out my camera and took shots of the vehicle but a wild looking officer leapt at me from behind the tow-truck, dragging my camera from me. I pulled back and he shoved me violently. I reeled backwards into fast-moving traffic but I was caught by my companion just in the nick of time.

My assailant said I had no right to take pictures of my vehicle while attached to their tow-truck. He said it constituted an offence under Lagos traffic laws. With a chuckle, I marched into their command at Pen Cinema to complain but I was told to “go and settle” with the officers. “Oga give them something,” said a pinched operative with tobacco-stained teeth.

All along, my car had been moved into their garage, its four tyres deflated; LASTMA works with mischievous speed and skill.

In cancerous, ill-conceived phrases, the LASTMA officers admitted to breaking beer bottles and attempting to stab us. They owned up to assaulting us, unprovoked, knowing I am a journalist and my companion, a detective, and we flouted no law.

Again, I brought out my camera and another goon in LASTMA uniform sprang at me, threatening to “disfigure” me. I persisted and he threw a mean hook. I ducked. His next punch would land on my chin but for my companion who shielded me from his wild assault.

“Stop it! I am a journalist. This is my uncle. He is a detective. We’ve done nothing wrong. We don’t want trouble!” I said.

“Eyin, e ti ri trouble! E fe ku loni!” (You! You have seen trouble! You will nearly die today!) screamed another goon, spurting marijuana fumes like a faulty locomotive engine. Downing his last swig of sepe (alcoholic beverage), the latter charged at me while his accomplice gunned for my camera. They were on auto-rage at 9 am, extremely high on sepe and ‘smoke.’

Although I was set for the gym, I would burn calories ducking blows and hay-makers from drug-hardened LASTMA officers. In the melee, an officer smashed a beer bottle against a boulder and charged at me with its jagged edge. Another came for my detective uncle with a cudgel. In all, seven of them charged at us, eyes bloodshot, noses flared, muscles rippling. One of the officers brought out an amulet and threatened to “kill” us.

A small crowd gathered but no one could get in because the LASTMA thugs had chained the gates, locking us inside. Being high has its shortcomings, due to their inebriated state, they lacked the stamina and the tact to contain us hence they sent for help from nearby Pen Cinema police station. At the arrival of the police officers, we departed for the station together.

There, I insisted on seeing the DCO, a female officer, whose maturity and clinical depth saved the day. The Nation had to send a senior member of the editorial board to the station given the gravity of LASTMA misdemeanour.

That morning, the DCO revealed that LASTMA officers had been lobbying to be allowed to wield guns. “With such a disposition, no one will allow you bear guns,” said the DCO with undisguised contempt. She reprimanded them for conducting themselves as hooligans in government uniform.

In cancerous, ill-conceived phrases, the LASTMA officers admitted to breaking beer bottles and attempting to stab us. They owned up to assaulting us, unprovoked, knowing I am a journalist and my companion, a detective, and we flouted no law.

In my case, I emphasised that the operatives stole my vehicle, having towed it without cause. I stated that what they did amounted to vandalisation and car-theft but the DCO counselled patience and forgiveness.

Such is the temperament and quality of officers donning the LASTMA uniform. Several months after my chilling encounter with them, three days ago to be precise, my brother was apprehended by a LASTMA officer at the Oregun junction, in Ikeja. His offence: he stopped at the edge of a zebra crossing as the traffic light blinked red. But rather than counsel him to reverse since he wasn’t obstructing traffic, the LASTMA officer jumped in his vehicle. He called me and instantly, I told him to avoid giving a bribe of N5, 000 and instead follow him to the command.

Given the LASTMA officer’s mischief and combativeness even while unprovoked, my brother tried to make a recording of his misdemeanour but the officer assaulted him, threatening extreme violence. His grouse was that my brother refused to give him bribe and instead offered to follow him to their Alausa office and pay a fine of N20, 000. Olanrewaju H, the female officer, who issued the ticket, at the LASTMA office was forced to caution her ireful and uncouth colleague although she brazenly supported him when I called to verify his misdemeanour. Given his penchant for atrocities, the LASTMA goon, known for extorting motorists, wore a cardigan to hide his name tag.

While Olanrewaju extolled his devilry, Olufemi Filade, LASTMA’s image maker said “It is highly uncalled for,” for a LASTMA officer to assault a driver trying to record his antics.