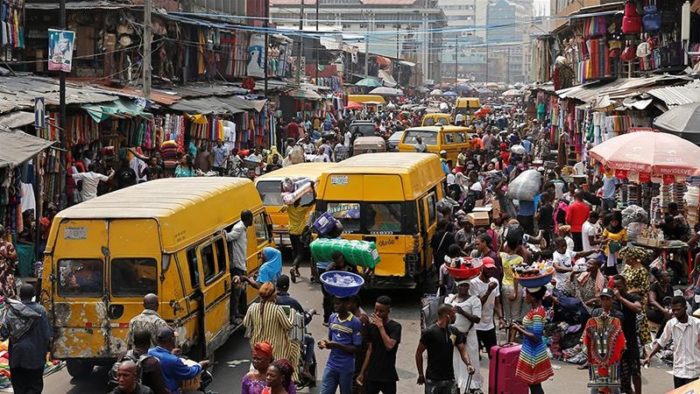 The Nigerian economy is a series of paradoxes. In the first place, we are a very wealthy nation in terms of natural resource endowment. We in fact have an embarrassment of riches. And yet, we are the poverty capital of the world. In 2017, Nigeria overtook India as the world capital of poverty. The poor of Nigeria, as internationally defined in terms of having access to less than $1.50, number some 97 million today. They thus constitute something of the order of 48 per cent of the Nigerian population.

Another glaring paradox is the fact that we are Africa’s leading oil producer – the sixth in OPEC. And yet, we are one of the leading importers of refined petroleum, principally because our refining capacity is virtually non-existent. Failure to refine our crude has meant that we are exporting jobs as well as profits and economic value.

Another paradox relates to the fact that, from a policy stance, we tend to take one bold step forward, only to beat three steps backwards. We tend to make progress in one area, only to move backward while shooting ourselves on the foot, if I may use that metaphor.

Towards the end of October last year, the World Bank released its annual report on the Ease of Doing Business. It was reported that Nigeria had moved 15 steps up, to the position of number 131 out of 190 countries, with a score of 53.4 out of 100. In 2018, we came 146th in the global rankings. Overall, we ranked among the top 10 most improved countries in terms of progress registered in the Ease of Doing Business.

Remarkably, Nigeria ranked number 15 globally in terms of the ease of getting credits or loans. Interestingly, our worst performance centred on the ease of registering property, where we ranked number 183. For those who have undergone the experience, getting a Certificate of Occupancy at the state level or in our federal capital remains a nightmare.

When I was in the CBN, we initiated the idea of the One-Stop Shop to enhance ease of investors coming to do business in Nigeria. That was in 2006, if my memory serves me right.  The idea was to have one centre where Immigration, CAC, Customs, FIRS and other key stakeholders are based in one place. The idea is to ensure that a potential investor does not have to move from department to department or from ministry to ministry trying to do all the paper work. A decision was eventually taken to house the agency in the NIPC.

Lo and behold, more than 10 years later, I decided to visit the office. To my shock, I found no one – literally no single person in that office! I asked a security guard where everybody was. Shrugged shoulders. I was astonished, if not bewildered. Our public service has fallen from grace. Professionalism is gone with the wind. People work precisely only when they have something materially to gain. The civil service is anchored on transactional relationships in which rent-seeking behaviour is the norm.

Our recent improvement in the Ease of Doing Business must be credited to Vice-President Yemi Osinbajo who has put together a team of technical experts who have worked assiduously on this issue. I have met some of them. They are young people who are passionate about their mandate. The result speaks for itself. But we are not yet there. At the least, we ought to move to number 20 in the global rankings. There is obviously so much more work to do to get to where we ought to be.

As a further reflection of our unfortunate paradoxes, last week, the International Finance Corporation, an affiliate of the World Bank Group, delisted Nigeria from the top five countries as destinations for private international investors in emerging markets. We are now among the top 10, having fallen from investment grade to more of the speculative grade.  The IFC blames the volatile Nigerian business eco-system as a factor in the downgrade. Another factor is failure to carry out the necessary institutional and macroeconomic reforms that create a more attractive business environment for investors.

As some of my gentle readers may recall, in December last year, the international ratings agencies, Moody’s and Fitch, downgraded their ratings for Nigeria. Moody’s has cut Nigeria’s long-term foreign-currency bond to B1 from Ba3 while keeping its outlook stable. They were of the view that Nigerian efforts to broaden non-oil revenue have been far off the target. For the other international rating agency, Fitch, while maintaining its B+ rating for Nigeria, has revised its economic outlook downwards, from stable to negative. According to them, the outlook revision “reflects the increasing vulnerability from the current macro-policy setting, raising risks of disruptive macroeconomic adjustment in the medium term amid continued real appreciation of the naira”.

Moody’s also criticised the Central Bank of Nigeria for trying to maintain a stable nominal exchange rate “through an array of unconventional and economically costly policy measures”. They also predict more inflationary pressures in the wake of the 50 per cent increase in VAT from five per cent to 7.5 per cent. They also worry about the rising budget deficit, mounting debt and supply-side challenges even as growth is forecast to be 2.4 per cent during 2020-21 even as demographic expansion averages 2.7 per cent.

If you read between the lines, you will understand that these financial watchdogs understand the geopolitical nightmare that is taking over our country like a nuclear mushroom cloud. Having been defeated in Syria and Iraq, the dreaded ISIS has moved into West Africa. Boko Haram has merged with ISWAP and the herdsmen militias. They plan to build a bridgehead into Nigeria. Their long-term ambition is to create in Islamic Caliphate.

Beheadings are their stock in trade. During Christmas of last year, they beheaded 11Christian martyrs. Recently, they also beheaded the CAN Chairman of Adamawa State, Rev. Lawan Andimi.

When CAN President, Rev. Supo Oyekunle, raised the alarm over religious persecution of Christians, presidential media aide, Femi Adesina, told him rudely that he was talking “politics”.  More recently, the Bishop of Zaria, the Rt. Rev Abiodun Ogunyemi, was invited for interrogation by the Gestapo for raising his voice against the attempt to demolish the 100-year-old St. George’s Church in Sabon Gari, Zaria. The cleric has also strongly criticised the Governor of Kaduna State, Nasir el-Rufai, for his bigotry.

Nigeria has become the world capital of kidnapping, violence and banditry; surrounded in our primeval savannah, impenetrable forests and highways by bloodthirsty demons. We are among the top three most terrorised nations on earth. Our government seems incapable and/or unwilling to protect us. Some would even go to the extent of saying that they are complicit in the looming genocide.

Amotekun in Yoruba land is a preemptive response to the dangers that lie ahead.  Communities that face an existential threat with no government to defend them will resort to self-help to protect themselves. Both municipal and international laws accord them that right and duty. It is also in accord with the norms of universal ethics.

The President, Major General Muhammadu Buhari (retd.), was recently quoted as expressing “surprise” at the rising wave of insecurity in the country.  We are very surprised that he is so belatedly “surprised”.  He could only be playing the proverbial ostrich in the desert. The easiest way to destroy an economy is to practise governance by exclusion while turning a blind eye to insecurity and nihilistic violence. The bombing of bandits in Zamfara recently was merely a reactive measure. What we need, ultimately, is an inclusive that cares for all Nigerians without discrimination. We also need a new Homeland Security Strategy that brings together all the armed forces and security agencies with a mandate to guarantee human security throughout our country.