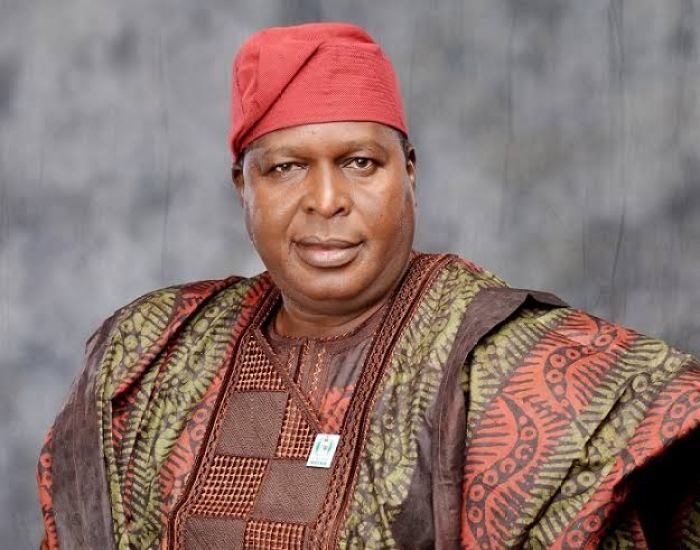 Following the unprofessional report released by Sahara Reporters (http://saharareporters.com/2020/01/05/damning-audit-report-ncac-not-during-my-time-runsewe), one is forced to ask again, is Sahara Reporters indeed useful in supporting the government when it comes to fighting fake news in the society or has it become a willing tool in the elevation of junk journalism?

An independent investigation carried out on a report published by Sahara Reporters: (http://saharareporters.com/2020/01/05/damning-audit-report-ncac-not-during-my-time-runsewe), claiming a former director at the National Council for Arts and Culture, Mr Hilary Ogbechie was the Director-General of the council in 2017, and shows that it was never true.

Our search shows that the allegations on Mr Hilary was baseless and unfounded, as he never even acted in the capacity of the Director-General of NCAC at that time or at any other time before he retired from the public service after almost three and half decades. 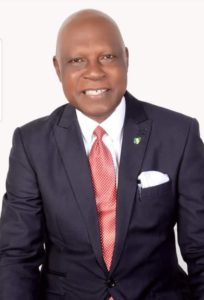 Speaking further a source, at NCAC, who spoke to us, said It was to their greatest surprise when calls started coming in, that Mr Hilary was named as the DG responsible for financial irregularities in contract awards and payment at NCAC based on an investigation carried out by the office of the Auditor-General of the federation. This, He says, must have drastically tarnished Hilary’s reputation and image, which He has painstakingly built over the years.

Since its creation in 1975, the National Council for Arts and Culture – Nigeria’s foremost public agency charged primarily with the regulation of the different ramifications of arts and cultural development, it has never been under the type of public scrutiny it found itself in the past few weeks and months. For many industry observers, it’s about time the searchlight was beamed on this agency that has mostly operated under the radar, no thanks to the somewhat conservative leadership the Council has endured for so many years.

Having been established just two years, prior to the landmark FESTAC 77, the Council was no doubt, birthed during a period of cultural renaissance in Nigeria, and tasked with helping to build a nation predicated on cultural pride and artistic excellence after the devastating Civil War. This daunting mandate saw to the employment of the finest breed of cultural officers in the coming years, led by firebrand and renowned cultural administrators in the mould of Frank Aig-Imuokhuede and Prof. Sule Bello, who both led the Council through a period most consider to be the golden era. Within the last decade (2010 – 2019), most of the fine cultural officers who joined the Council within the golden era, had progressed to Management levels and distinguished themselves in the various activities of the Council.

Indeed, some of them were rightly considered as the bedrock of the Council within the period, having been equipped with unassailable institutional memory, professionalism and administrative experience over the years. In 2017, Otunba Olusegun Runsewe was appointed the Director-General of the Council, taking over from Mrs. Dayo Keshi – the first woman to have headed the Council – after three years in the saddle.

Following his appointment, the National Council for Arts and Culture has been in the media for diverse reasons, ranging from noble to downright controversial ones – some of which did not really come as a surprise to those who know Otunba Olusegun Runsewe, given his penchant for grabbing the headlines. The year 2019 ended with an audit query from the office of the Auditor-General of the Federation on issues bothering on financial irregularities which once again, put Otunba Runsewe and the Council in the eye of the storm. Shortly following this was the order of the FCT Federal High Court, for the arrest of Otunba Runsewe for contempt of court order.

However, in the eye of the storm also, is one whom I know belonged to the breed of fine cultural officers who meritoriously rose through the ranks, without blemish, to become a director in the Council and retired after about three and half decades of an illustrious service to both the Council and the entire arts and culture sector, Mr. Hilary Ogbechie.

In a reply to the Auditor General of the Federation on January 2nd 2020, Otunba Runsewe alleged that the financial irregularities for which the Council was being investigated by the Auditor-General’s Office had happened during the time of his predecessor before he became Director-General. In a surprising twist, some news media quoted the same Otunba Runsewe as saying that the Council was headed by Mr. Hilary Ogbechie between 2015 and 2016 which he said, was the focus of the investigative report from the Auditor General’s Office. This apparently false allegation was widely publicized by Sahara Reporters on January 5th 2020, to the shock of many in the industry.

Mr. Hilary Ogbechie retired from the services of the National Council for Arts and Culture in March 2016, as the Director of the Extension Services Department, which he led from 2011 with amazing accomplishments for the Council and the cultural sector at large. As Director of Extension Services Department, Mr. Ogbechie assisted the Director-General on all external relations and was responsible for local and international linkages as well as liaison with foreign embassies, international agencies, multi-national non-governmental organizations and relevant federal and state government institutions.

For a fact, the establishment of the department of extension services for which Mr. Hilary Ogbechie was pioneer director, opened a new vista of opportunities and enabled several international linkages which have now become institutionalized in the Council. He made significant efforts at positioning the National Council for Arts and Culture at relevant international bodies like the World Crafts Council, the apex body responsible for exposure, standard-setting and marketing of crafts globally and an affiliate body of UNESCO. He coordinated the African Secretariat of the World Crafts Council for ten years under the leadership of Prof. Sule Bello. In the same vein, he brought his influence in the sector to bear, in facilitating Nigeria’s appointment into the governing board of the International Federation of Arts Councils and Cultural Agencies under the leadership of Mr. M.M Maidugu.

It, therefore, begs the question of why Runsewe, Sahara Reporters and all those behind the published falsehood will target such an illustrious public servant for defamation. They clearly chose the wrong target. It is worthy of note that within his almost three and half decades of public service, Mr. Ogbechie worked in all the departments of the Council. He started as a research and documentation officer and later moved to set up the public relations unit of the Council. He later became the pioneer Head of the Corporate and Strategic Planning Department, Deputy Head and Head of Administration to the Council’s zonal directorate in Lagos. He was later appointed to the Presidency as Coordinator of the Office of the Special Adviser to the President on Arts, Culture and Traditional Matters. Thereafter, he became the pioneer Head of the Curatorial Services Department and later pioneer Head and Director, Extension Services Department, a position he held until he retired from the public service. He received thirteen letters of commendation covering his engagement across several public institutions.

Outside the public service, Mr. Hilary Ogbechie’s exemplary leadership has always stood him out as an uncommon leader. He served as the President of the Onicha-Olona Development Union, Abuja chapter for seven years and has been a member of the Board of Trustees of Onicha-Olona country club for over 21 years. In recognition of his contributions to arts and culture development, services to humanity, Christiandom and his community he has also received awards from the International Youth Wing of Ohaneze Ndi Igbo, the Chinese Government, through its Embassy in Nigeria, the Onicha-Olona development Union and the National Council for Arts and Culture Christian Fellowship.

Since leaving the service, Mr. Hilary Ogbechie has been appointed to the Boards of several organizations including as Director, Culture and Tourism Investments Concepts; Director, Latoma Multi Concepts Limited; Director of Operations of Art Watch Africa – Nigeria and the Regional Director (North), BETA Computers Ltd. Nigeria.

With the vast experience and unblemished record of Mr. Hilary Ogbechie both within the Council and in the sector at large, it remains to be seen, how this false allegation against Mr. Ogbechie will stand the test of a harmless mistake or prove to be a deliberate, malicious but shameful accusation driven by sheer envy and trepidation of his person. The Hilary Ogbechie that I know and is well known to the arts and culture sector, indeed had a most accomplished public service career but was never the Director-General of the National Council for Arts and Culture. Can Otunba Olusegun Runsewe, Sahara Reporters and their cohorts honestly claim that they do not know the past heads of the National Council for Arts and Culture? Or is this just a clear, malicious attempt to tarnish the reputation of Mr. Hilary Ogbechie?