Home Columnist Amodu Aruwa: a titan at 80 – By Yakubu Mohammed 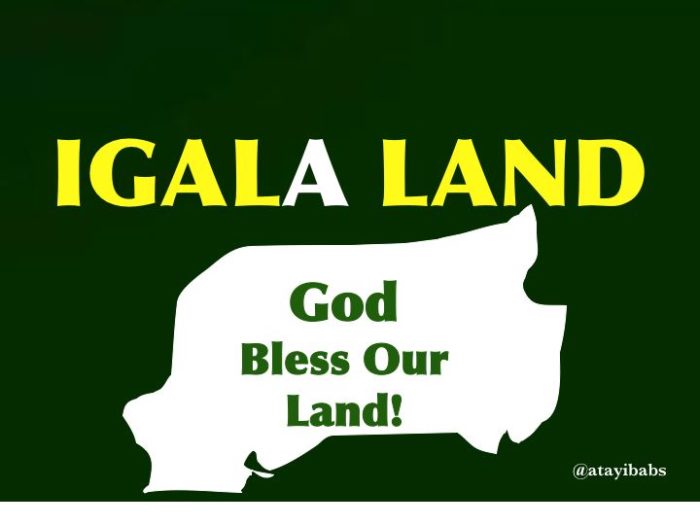 Mr Amodu Aruwa, an elder in his church and in his community in Kogi State,   may not be one of those whose names ring a bell loudly today across all strata of the society. Like many of his contemporaries who achieved greatness in their own quiet, self- effacing way, Aruwa, who turned 80 years this week, may insist that it is out of character to roll out the drums, and even to permit others to do so to honour him.

Without any scintilla of doubt, he has every reason today to celebrate,  even if in a typically gaudy Nigerian way, with band stand and even traditional songs and dances for God’s uncountable blessings. But he and members of his nuclear family would rather be content with a modest thanks-giving ceremony in the church in Lokoja, the Kogi State capital, where he has settled in graceful retirement.

As Nigeria marks 50 years of the end of civil war, Mr Aruwa too will look back at those glorious years of public service with nostalgia  as one of those who pioneered war time broadcasting in Igala language as part of the war efforts  of the Radio Television Kaduna, the popular RKTV, owned by the Broadcasting Corporation of Northern Nigeria, BCNN.

During the civil war, if there was any broadcast station that was most vigorous and unrelenting in mobilizing support for the Federal troops and clearly stating the Nigerian case, it was easily the RKTV. One of its popular programmes, I can recall, was the Spotlight, “a programme of news, views and comments on matters of the moment.”

More than any other Nigerian station of my acquaintance at the time, RKTV      was easily the  most effective counterpoint to Radio Biafra, matching it propaganda for propaganda and seeking to drown out Okokon Ndem, the unmistakable voice of Biafra whose legendary exploits as a journalist and broadcaster gave Biafra victory in the airwaves, even as it was losing the ground battle.

As far as propaganda and brain washing was concerned, Radio Biafra had an edge. For instance, it continued to claim Enugu as its base throughout the war, even after the Biafran capital had been captured.

Throughout the war, these two stations provided some kind of training for some of us in the early stages of our infatuation with, if not love for journalism. In its dramatic but gripping presentation, the Spotlight programme of RKTV took the cake. I remember how the station reported the alleged death of Colonel Michael Okwechime, a decorated Mid-Western Nigerian Army officer, who defected and was reported killed fighting for Biafra. Spotlight programme had announced with glee that “Colonel Okwechime is dead. May his soul rest in pieces.”

But the man did not die. He survived the war and became a revered traditional ruler in his Ibusa native town of Delta State before he died some few years ago.

But that was the kind of drama and the romantic allure of the war that captivated our youthful imagination. From the comfort of our homes, far from the theatre of war, we had a vicarious participation, like playing full back in a soccer field sitting right there among the spectators. In fact, the federal side didn’t need to conscript men into the force. The extraordinary stories of war and the legends weaved around the exploits and the gallantry of officers and men of the Federal side attracted many youths of my age into the army.

My own fascination was with the radio and the desire to join the noble profession of journalism.  Therefore, to tune in one day and hear on RKTV the familiar voice of Amodu Aruwa, somebody from your own village, someone you could identify with flesh and blood, was as electrifying as it was captivating. It fired my zeal and my determination to be a broadcaster, a writer, a journalist, whatever.

But after my secondary school, cruel circumstances beyond my control saw me, in 1970 not in any broadcasting studio or a newspaper house but in the Federal Ministry of Labour, in  Ilorin as an apprentice civil servant.  From 1970 to 1972, it was my lot, as clerical officer, to push files and to master the tricks and technics of filing and retrieving documents, plus the mischief of hiding files and learning to wield the power of small men.

But in 1971, one thing led to another – call it Serendipity – Mr Aruwa sent for me to come for an interview. BCNN or RKTV was looking for a young school leaver to employ full time for the selective language services. I could be employed to replace him and Abu Onaji who were reading the news in Igala language.  I went for the interview, hoping that fate had now primed me for a grand entry into the profession of my dream.

But there was an unexpected snag which had nothing to do with my ability to write, read and speak in my native language. My WASC result! Instead of proving to be a door opener and a game changer, it became my undoing.  It shut the door in my face. At that time, they needed somebody who would serve time, not someone with the kind of results I had. More to the point, not someone with a Division One in WASC examinations who, it was feared, could bolt out at short notice for further studies in the university.

And that, consequently, was what eventually happened. I accepted their challenge and with my back to the wall, I read at home for GCE A level examinations in record time and found my away to the university to prepare myself for what has turned out to be a long lasting career in journalism.

And Mr Aruwa, who made the initial push for me, successfully went through the mills, overcame all obstacles, refusing to take no for an answer, and became a famous broadcaster, a successful administrator, rising to the position of General Manager with what became Nigeria Television Authority, NTA. He was in fact the pioneer general manager of NTA in Uyo, Akwa Ibom State.

Born at Ologba in Dekina Local government of Kogi State in January 1940, Aruwa had his elementary education at both the CMML and Igala Native Authority Primary Schools at Anyigba, one of the few boarding primary schools in the then Northern Nigeria. He proceeded to the famous Government Technical Institute, now Kaduna Polytechnic, where he successfully completed his studies in accounting. He thereafter joined the service of Radio Television Kaduna in 1964.

When the civil war broke out in 1967, the station introduced the selective language services to boost its coverage of the war. Mr Aruwa and late Abu Onaji were the popular anchors of Igala news broadcast.  By introducing the selective language services, the station helped to give the major ethnic groups in the North the opportunity to follow the course of the war and to galvanize support of the civil populace for Federal Government’s war efforts.

After the war, the Federal Military Government took over all the regional television stations and incorporated them into what became the Nigeria Television Authority, NTA.

As part of the preparations for higher responsibilities, Mr Aruwa attended numerous finance and administrative courses at both the Obafemi Awolowo University Ile- Ife and the Administrative Staff College, ASCON, Badgary.

His elevation to the position of a general manager at NTA came as a reward for hard work, diligence and scrupulous adherence to the principles of honesty and integrity, qualities that have endeared him to numerous people who, till today, look up to him for inspiration and guidance.   Happy birthday sir.

Either by the power of serendipity or what you might regard as one of those tipping points in one’s life, Elder Amodu Aruwa touched my life in a most dramatic way with a long-lasting effect.