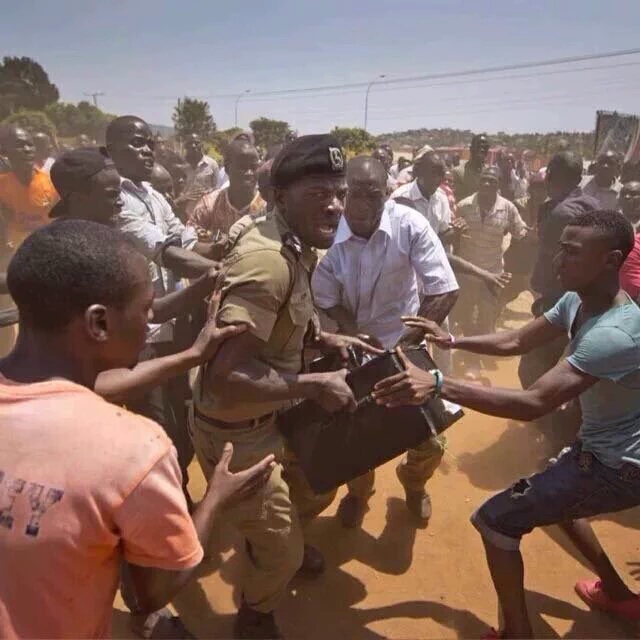 In January 1970, fifty years ago, the unfortunate Nigerian civil war came to an end. Every January 15 since then has been set aside to mark the Armed Forces Remembrance Day in honour of Nigerians on both sides of the conflict who made the supreme sacrifice for Nigerian unity.

Usually marked as a solemn occasion, it features memorial services in churches and mosques sometimes with lectures and seminars which center on Nigeria and those features of the country with the tendency to promote its unity and those with grave potentials to mar it.

No doubt, fifty years is a landmark. Some analysts have observed with aid of statistics, that only nine percent of the country’s current population were witnesses to the civil war.  Meaning that more than 90 percent of the population were either not born when the war started in 1967 and when it ended in January 1970 or were too young to know what was happening to the country.

Most of what they know today about the war comes from written and oral history.  That is why history matters, no matter how fair or how inaccurate it is. As in previous years, the programme for this year’s event includes sermons in the mosques and in the churches as well as prayers interspersed with discussion of burning topical issues. As Nigeria remembers the dead, its leaders have also been reminded of the plight of those who lost their limbs and many others with other forms of disabilities who have continued to live only begging and waiting on official promises that have yet to be fulfilled fifty years after.

One of the sermons last Friday dwelt appropriately on morality in the conduct of national affairs, an issue which, like the Siamese twins, is tied to good governance. That sermon gladdened my heart  because it resonated with my pet desire over the years, a desire to enthrone probity and accountability in public office, integrity, equity, justice and fairness and doing good to the greatest number of the people without fear or favour – ingredients of good governance which some people, in  leadership position, tend these days to regard as ancient history, something that is  better left severely alone in their  current perilous pursuit  of the  mundane perishability.

That some people in positions of responsibility are now taking up some of these issues seriously, with the hope to find a solution to them, is something that should give us joy. I guess that those who have been worried about the misdirection of governance over the years must at this juncture heave a sigh of relief, if indeed those who are joining issues are serious about doing something, not merely grandstanding and are not being hypocritical.

In an unrelated development but in this same week of remembrance, when the unanimous chorus appears to be that those who paid the supreme price, during the war, should not die in vain, the Chairman of the Independent National Electoral Commission, Professor Mahmud Yakubu, as if sieged by the mood of the nation, spoke at the meeting of the Inter-agency Consultative Committee on Election Security in Abuja. And he used the occasion to speak his mind the way he probably has not spoken before.

Like a man in search of penitence after a horrific miscalculation in the line of duty, the chairman, a professor of repute, apparently not unmindful of the clear and present danger to his reputation as an election umpire, came clean and   put the blame for the untidy conduct of last November’s governorship elections in Bayelsa and Kogi states squarely at the doorstep of the security agencies deployed apparently to help his commission to conduct a free and fair election. The INEC, according to its chairman, “is concerned that security deployment in some of the most recent elections left much to be desired.” He said there was more emphasis on the number of security men to be deployed than on their strategic deployment to protect the process “leaving voters, election officials, party agents, observers, the media and even unarmed security personnel at polling units vulnerable to attacks by thugs and hoodlums.”

As it turned out, the elections, by general consensus, left much to be desired. Whether or not they were free and fair will have to wait the verdict of the jury. But, at least on one issue there was unanimity. The elections were not devoid of violence.

And so, the purpose of deploying so many policemen for the exercise was roundly defeated. Because the IGP’s men were roundly overwhelmed by fake policemen. And to date, as I have labored many times to point out, nobody has been punished for overwhelming a legitimate force.  And nobody may be punished.

And that is what continues to irk not only the professor but the generality of fair-minded people all over the country. But when you take the two speeches together, that of Professor Yakubu and the sermon from the pulpit, you get the feeling that there is hope. And when you spice it all with the National Security Adviser’s diagnosis of why hoodlums worked in tandem with dishonest security agencies and crooked government officials to thwart the well laid plan of the electoral umpire, you would want to believe that these decent gentlemen who are now talking were on leave or on a leisure trip to the moon when the electoral heist was being planned and consummated.

Prior to the two elections, even the deaf could hear the din of gun booming in the hands of miscreants. The blind could see as wayward but protected hoodlums armed to the teeth with lethal firearms paraded the towns and villages showing power and the audacity of their impunity prior to the elections.

It was a dress rehearsal for the D-Day. But no reasonable steps were taken to confront this dreadful situation. In fact, sacred stiff of repercussions, nobody dared to voice out concern. Traditional institutions were sufficiently cowed into submission, some of traditional rulers were bought and bribed to tow the line. Yet we left everything to chance, only to wail thereafter.

All the apparent contriteness and the remorseful banalities coming out as part of the lessons learnt, all now sound like medicine after death. But there is hope, hope that from now on there would be consequence for bad behavior. We have the word of Major General Babagana Mongonu, the NSA for it, the one who postulated that the violence and the fraud that took place in Kogi and Bayelsa happened because the perpetrators were assured that there would be of no consequence for their misbehavior. In future elections, we have been promised, IGP’s men will not be overpowered by fake policemen and other assorted hoodlums.

And if we still bother about God and truly fear Him, the sermon, under reference, has come as a reminder that the hour of judgment was well- nigh.  Those who want to prepare for it must begin to do so now. Though the sermon, like all such Friday sermons, was for public consumption, the message was more specific for the season and more pointed at those at the helm of affairs at all levels of public office, the so-called god-sent. It is meant to remind them and the rest of us about the need for accountability and to guard against one of public officers’ occupational hazards, the proclivity for falling prey to flattery and sycophancy.

Many leaders prefer to surround themselves with those whose major preoccupation as court jesters is to tell lies, damned embellished lies. For the leaders, truth, like an irritable allergy, hurts.  But the end time, according to various sermons, throws up such incompetent leaders whose only qualification for leadership is wealth, not intellectual and administrative endowments. “When people are being led by such leaders,” we have been told, the pre-occupation of the followership is wealth irrespective of the means of acquisition.”

Such a terrible affliction like the enthronement of wayward leadership portends ill for the society.  The current challenge is to find a way to get out of the mess.