Home Columnist To borrow or not to borrow? – By Obadiah Mailafia 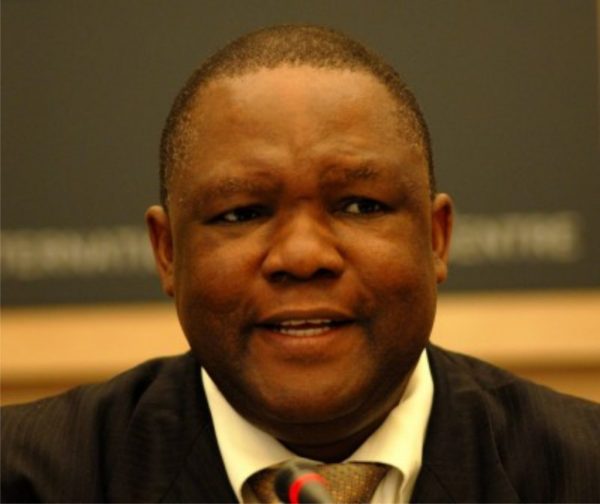 It is not easy stepping into the shoes of a highly accomplished colleague. The late Henry Boyo – economist, intellectual gadfly and entrepreneur – passed away on Monday, November 18. Unlike my humble self, Boyo was born with a silver spoon and went to such prestigious schools as Igbobi College and Dulwich College, a prestigious private school in London. He later studied economics in Britain before pursuing a successful career in the private sector.

We only met once, and that was two years ago. It was on the occasion of an Independence Day panel hosted by Channels TV in Ikeja. Another guest on the occasion was the businessman, Bukar Kyari, who at the time was the Chairman of the Nigerian Economic Summit Group. It did not take me long to form an impression of him. I discovered Boyo to be a man of strong opinions and something of an iconoclast. I am by nature a rather reticent and sceptical development economist. When I remarked that privatisation was not necessarily an unrequited good, Boyo went mercurial. His friend, Bukar Kyari, swiftly came to his defence. To their annoyance, I calmly stood my ground. Boyo later softened up; giving me copies of his printed essays. He also gave us bottles of water, proudly announcing that he was the manufacturer.

Ever the crusader for both good as well as lost causes, early this year, he excavated the matter of the $7bn from our external reserves that the Central Bank of Nigeria had distributed to some commercial banks to manage on its behalf more than a decade ago. The banks took the position that the money was paid in forbearance. Boyo smelt a rat and set to work with his acerbic and rather excoriating pen. In his column of Monday, February 11, he reproduced verbatim a piece I had written elsewhere defending my role in the said affair. I had taken rather strong exception to my humiliating harassment by Okoi Okono-Obla and his Presidential Investigation Panel. Okono-Obla himself was later to fall into the pit that he himself had dug. He is still, allegedly, a renegade from justice.

I did not always agree with him, but I am persuaded that Sir Henry Olajimi Boyo had his heart in the right place – a patriot and a true original. De profundis!

Our distinguished predecessor was passionate about economic science as a vehicle for promoting the Aristotelian Good Life for all the people. He appreciated the fact that a wrong approach to monetary policy could bleed an economy dry. He was a sworn enemy to grand corruption and to chicanery and cant. He wanted nothing but the best for Nigeria. 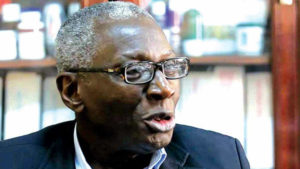 Like him, I believe in free markets. I take the view, defended by the economic historian, Karl Polanyi, long ago, that the market is a human artefact that must be counterbalanced by smart states and strong institutions. Free market without effective regulation is like playing Hamlet without the Prince. I believe in the gospel of the More Abundant Life as prescribed in the statecraft of Obafemi Awolowo. I want to see our naira become an international convertible currency. I want inflation to be brought down to single digits. I want growth to average 10 per cent for the next decade. I am a sworn enemy to hunger and poverty. My vision is of Nigeria as a first-rate knowledge-based, diversified, technological-industrial economy – a prosperous democracy at peace with itself and the world.

My gentle readers are aware that President Muhammadu Buhari recently submitted a request to the Senate seeking approval to borrow the staggering sum of $29.96bn from abroad. It is the second time that such a request would be presented, the first being in 2016, when the Senate of the time rejected it. As a person who pursued a professional career in banking and finance, it would be rather rich of me to sit here and say don’t borrow. Good businesspeople will tell you that it is smart to use other people’s money to get rich. But you must know what you are doing in the first place.

We are all agreed that Nigeria’s infrastructural financing needs are humongous. The African Development Bank recently estimated those needs to be $100bn annually, as contrasted with our annual budget that never exceeds $25bn.But I have my own ground rules. First, we must borrow strictly for infrastructure projects with a guaranteed return on investments and not for consumption. I am also opposed to the idea of borrowing for the so-called reconstruction and rehabilitation in the war-torn North-East. During our bitter civil war, under the great Obafemi Awolowo, Nigeria did not borrow a dollar to finance both the war effort and the post-bellum reconstruction. I do not know why we must engage in mindless external borrowing to finance what is, in effect, a mere police action in the North-East.

I am not comfortable with the idea that parliament should approve a fungible lump sum of $30bn that government can then proceed to spend as it deems fit. All such borrowings must directly be linked to specific projects. The record of this administration in terms of expenditure controls and accountable spending is not a particularly impressive one.

More than a trillion have been recovered from corrupt politicians. Nobody knows what happened to that money. The TSA exercise raked in trillions of hidden funds from the motley of the Ministries, Departments and Agencies. They have apparently been sucked into the anti-gravitational black hole of the administration.

Also, Nigerians demand to know what all the other borrowings have been used for. Our national debt has ballooned from $10bn in 2015 to a staggering $84.4bn in 2019. You know money has been wisely spent when you see the President inaugurate a completed project. The few projects that have been inaugurated so far are those that were begun by the Goodluck Jonathan administration. So, I would be very wary of taking on more debt without iron-cast guardrails of financial discipline.

Some of us were involved in the Paris Debt negotiations in 2005/2006 when our debt profile stood at $36bn. We were spending $5bn annually on servicing the interests alone. We paid back a total of $20bn while the rest was forgiven. I recall signing the cheque for the first tranche of $7.5bn at the CBN. I caught fever immediately and had to have on bed rest. I could not fathom coughing up such a staggering amount to pay off greedy Shylocks living out their gilded lives in New York, Tokyo, Paris and Frankfurt. I felt the pain to the very marrow of my bones.

Economics is the science of scarcity and choice. First, we need a comprehensive programme of cost-saving and control of waste in all aspects of public administration. Such cost savings, including regular elimination of ‘ghost’ workers, are crucial to more prudent public financial management. I also heard recently that statutory bodies such as the Nigerian National Petroleum Corporation, LNG and Federal Inland Revenue Service have not been releasing all their funds (about N1.5tn) into the federation account as required by law. We must reverse this ugly trend. We must also deepen macroeconomic and institutional reforms while boosting public-private-partnerships in key infrastructure sectors. This will lessen pressure on the treasury, thereby obviating the need to incur hefty loans. We must also improve the extractive capacity of the state. Our tax-to-GDP ratio of five per cent is among the lowest among our comparators. South Africa’s is 25.9 per cent. Political theory establishes incontrovertibly that taxation is actually good for democracy.

If we must borrow at all, let’s borrow with wisdom and prudence. We cannot afford to behave like the proverbial dog that returns to its own vomit.

On this, Henry Boyo would have agreed with us.