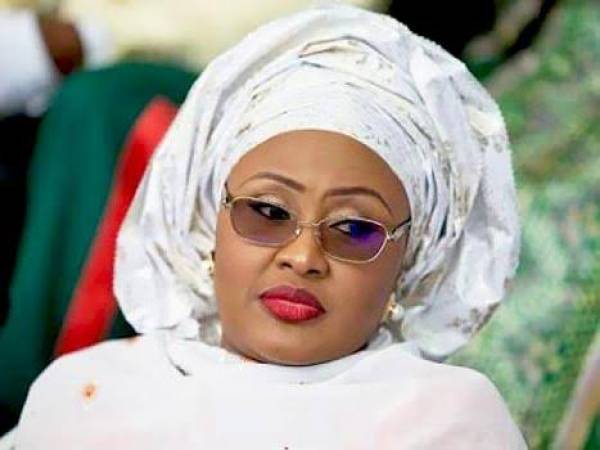 Mrs Aisha Buhari is in support of the Social media bill

For the second time within a month, a Nigerian politician has held up China as a model for Nigeria’s governance. First, it was the Comptroller General of the Nigeria Customs Service, Col Hameed Ali (retd.), falsely affirming that China became a better country because they shut their borders for 40 years. Ali spoke in the context of soliciting support for the administration’s ruinous border closure policy. He was not only wrong on the historical detail, he – like the rest of his ilk – was merely scrambling for simplistic solutions to befuddling Nigerian problems. Also lately, the President’s wife, Aisha Buhari, jumped on the “let’s be like China” ahistoricism when she lent her voice to the atrocious Social Media Bill.

She was quoted as saying, “If China can control over 1.3 billion people on social media, I see no reason why Nigeria cannot attempt controlling only 180 million people.” Mrs Buhari and Ali got me thinking about why some Nigerian politicians seem to love China to the point they drag that country into the spurious arguments they advocate on local issues. One explanation I came up with is that China provides our politicians with a ready and idealised example of a “benevolent dictatorship,” one that they can call up to substantiate their insidious agenda for Nigeria. They are superficially familiar with the narration of China’s economic trajectory, and they consistently reference it because it frees them from the hard work of reading more broadly on economic history and social development.

The real genius of the Muhammadu Buhari administration has been its success at convincing some Nigerians that their hedonistic habits are the trouble with Nigeria, and the solution is for them to accept pain and punishment via asceticism. China’s history of self-denial while they built their country provides our politicians with a template to justify the pain they inflict on Nigerians. They get to pass off the falsity that if like China, we accept discomfort for a while, we will eventually enjoy the gains. Except that those pontificating are hypocrites. They do not sacrifice; they live on the sacrifices they wring out of poor Nigerians.

Nigeria is not China, and our leaders have yet to demonstrate they possess even a tenth of the savviness with which Deng Xiaoping and his successors rebuilt their homeland. The approach of the Buhari administration to complex issues has been more of brashness rather than structural reforms. As things go out of their hands, they claim the suffering does not matter and is all for our ultimate good. An example: Last week Wednesday, the Minister of Finance, Budget and National Planning, Mrs Zainab Ahmed, admitted that border closure was contributing to inflation due to increased food prices. Indeed, Nigeria’s inflation rose from 11.24 per cent in September to 11.61 per cent in October. Since food consumes about 60 per cent of the average Nigerian’s income, it is expected that inflation will be concomitant with the rise of food prices.

Then, she made a rather insensitive argument that the increase was “just two basis points.” On paper, a 0.37% increase within a month might seem insignificant, but to Nigerians with an ever-dwindling purchasing power, that is a lot within a short time! For a country where rewards for wage labour and economic realities are not on speaking terms, and where people do not enjoy social security to help cushion the effect of rising inflation, playing down “two basis points” increase in inflation is cruelty. And how can they make us gleefully accept that such pain is our destiny? Well, by reminding us that the Chinese too once suffered.

When Mrs Buhari dredged up China to defend her position on the Social Media Bill, she was playing to a template of her husband’s second term: Nigerians, accept the repression of freedom of speech and expression in exchange for a promise of a future buoyant economy. Except that her argument misses key points. First, China does not pretend they practise democracy – liberal or not – and they cannot be a model for how Nigeria should be run. More importantly, if we ever accept that deal, this administration will march every dissenting voice into jail, and we will still be worse off in every way – economically, socially, and ethically. One would think that the things people say on social media are what impede economic and social development.

No matter how much they disguise their intent, their slips show. They have not offered a single compelling reason for their legislative agenda of restricting free speech either through the hate speech or the social media regulation bills. For Mrs Buhari, social media regulation is necessary so that somebody will not “just sit in the comfort of your house and tweet that the Vice President has resigned. It is a serious issue.” But precisely what is serious about saying the VP resigns? How does that warrant bringing out a sledgehammer to kill an ant? If we go by Aisha’s argument, the President and his ministers too ought to be prosecuted for the various falsehoods they have pushed onto Nigerians.

The ahistorical bashfulness on China segues with the rascality of Senator Aliyu Sabi Abdullahi, sponsor of the controversial Hate Speech Bill. Abdullahi too has not offered incontrovertible reason to justify his proposed bill. He first introduced the hate speech bill in the 8th Senate as its spokesman and now, as the deputy chief whip, he dug it up and reintroduced it. One would think a lawmaker that wants law made against hate speech would come to the public with his irrefutable facts on why the bill is necessary but, no, he cannot directly link cases of toxic rhetoric to actual fatal consequences.

While Abdullahi’s definition of “hate speech” meets international standards enough, the examples he cites – the hate mails he has received from the hate speech blowback, and how some people drown out others’ voices on social media – betray his understanding of what societies mean when they talk about ‘hate speech’. I have read several of his interviews where he has tried to justify his position, but I have yet to hear him give a verifiable example of person(s) who have been victims of hate speech. A related example would have been the role disagreeable rhetoric played in the 2011 post-election violence, but we know why Abdullahi will never dare to bring that up.

Instead, he whips up a moral panic by talking about bogeymen infiltrating the media with ethnic and religious bias. He even cited a WHO report that says Africa – and by implication, Nigeria – has one of the world’s highest rates of depression and suicide. Abdullahi looks around himself, sees the multi-dimensional poverty that their (mal)administration has plagued Nigeria with, but somehow makes the incredible leap in logic to blame hate speech for depression and suicide. He might as well bring back the dreadful Decree 4 of Buhari/Idiagbon’s misrule! He did not even blame the lack of medical infrastructure. That kind of disingenuousness puts a question mark around his whole motive for pushing that obnoxious bill.

Since there are no persuasive and empirically-grounded reasons to be advanced for those bills, one concludes paranoia. This government must fear the ability of Nigerians to logically dissect the failures of their government, resist their practices of misgovernance, and mobilise other Nigerians in these expressions of dissent. Social media is the vehicle that makes it all possible. So desperate are they to invade it that they use China to build myths that are supposed to make us more amenable to the idea of state control. They know that having kicked Nigeria to the ground economically, freedom of expression is about the only luxury of democracy people have left. They have taken away virtually every other right that nestles the country’s democratic and now, they want to rob us of speech by invading the spaces where our self-expression escapes censorship. No matter the tricks they put up to justify this insidious agenda, we should not let them gentrify our thought spaces with their alternative facts. We will keep pushing back so those ideas do not take ground, even among their sheepish followers.