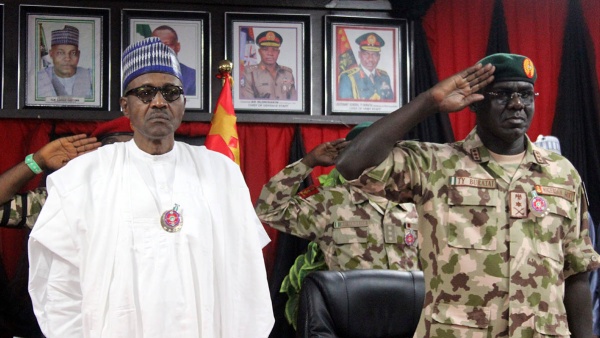 To understand how badly Nigeria’s democratic ethos has sunk, look no further than the desperation of the advocacy organisation, Soico-Economic Rights Advocacy Project. They resorted to begging the Archbishop of Canterbury, Most Revd Justin Portal Welby, to appeal to President Muhammadu Buhari to obey the law on Omoyele Sowore’s case. That’s right. We now have to solicit a white man who happens to be on friendly terms with the President to prevail on him to observe the constitution he was sworn twice to obey. That means Nigeria no longer has viable institutions that can hold the President accountable, and Buhari’s responsibility to Nigerians now has to be outsourced. Democracy is attractive because of principles such as checks and balances. However, Nigerian agencies have been so weakened they can barely counterbalance the overbearing weight of presidential power.

Let us quickly set aside the pretence that what the Department of State Services is doing with the ongoing cases of Sowore and Olawale Bakare are their autonomous initiatives. In Nigeria –and this phenomenon has been particularly heightened since 2015 – bureaucratic agencies are subordinated to the presidency, and they take their cues from the office. The temperament of a leader, generally speaking, influences the administrative agents that work for him/her. When a leader commits to upholding democratic principles, the public officials that run the mechanism of the government mirror that attitude. Similarly, leaders who routinely violate the norms of democracy do not have to serially instruct their underlings to ignore due process. They only have to demonstrate a disregard for civic norms, and their stance will gradually become institutionalised.

Therefore, if the DSS is still holding on to Sowore and his colleague even after they met their near improbable bail conditions, it is because someone as high up as the President wants them to remain in the gulag. It is no longer about what the crime they allegedly committed or not; it is the operationalisation of fascist power. Meanwhile, Sowore’s predicament is not unique. What we are witnessing is a culmination of the various practices of abuse that have been building up under Buhari’s watch. It seemed like an eternity ago when the police arrested and detained a man who named his dog “Buhari” for breaching public peace. Never mind that the fellow, Joe Chinakwe, was a victim of Buhari’s zealots. Since that time, Buhari’s government has been full of infractions such as blatant disregard of court procedures, mass murders, extrajudicial killings, police brutality, nepotism, barefaced corruption, and other flagrant abuses of democratic powers.

Earlier this year, a Bauchi cleric, Mallam Idris Abdulaziz, was arrested and detained by the DSS for criticising Buhari in his sermons. The same DSS pounced on a journalist, Chido Onumah, for wearing a T-shirt that had “Biafra” in it. Yet again, the DSS arrested and detained three members of a family in Kebbi that included a six-month-old, for the “crime” of asking the governor to pay their patriarch’s gratuity. In Cross River State, Agba Jalingo, a journalist, is currently in jail for the sins of criticising the state governor, Ben Ayade. He is being charged with treasonable felony, terrorism and attempt to topple the state government. In Kano State, an undergraduate was jailed over his Facebook post that criticised a state lawmaker. I could go on listing instances, but the point is made. We are dealing with a brutally repressive government, one that conspicuously wears military jackboots on its civilian agbada.

On Saturday, what started as elections in both Kogi and Bayelsa states ended as a farcical process of appointing pre-selected cronies into power. Going by the lack of reflexivity in the response by the President’s media aide, Garba Shehu, these people have no intention of pulling back from this self-destructive brink. They will continue testing the elasticity of limits to see what they can get away with, and at the collective expense too. It is not enough that they repress civic rights with routine detention of people over frivolities; they have also corrupted our procedures of choosing leaders. Now, they are going even further to wreck one of the little luxuries that Nigerians have left: freedom of speech.

The agenda underlining the purported social media regulations and the pending hate speech bill is the same: a malicious suppression of freedom of expressing dissent against their failing government. In his Independence Day message, Buhari claimed that their mission to combat hate speech on social media was for the good of all; they want to uphold national security and protect the rights of potential victims of hate speech. That all sounds good on paper, except that their government lacks any integrity to make such laws. Buhari is, in fact, the last person who should be lecturing on the vices of indecorous speeches. The 2011 post-election violence that claimed an estimated 800 lives happened because of loose utterances like “baboons and dogs to be soaked in blood should the election be rigged” attributed to him (and no, he did not need social media for that unfortunate incident). He has never apologised for his role in that mindless orgy of violence, and till today, none of those perpetrators was ever brought to justice. What then gives him the moral right to moan about the “divisive material being propagated on social media” when his government’s conduct itself is polarising?

For a government that arrests people for insulting the President or governor or even a lawmaker, venturing into ambigous terrains such as regulation of “hate speech” is a mission to enlarge – to the broadest possible extent – the scope of sins for which anyone could be arrested, detained, tried, convicted, and possibly killed. Nigerian government officials are understandably afraid of social media. They should be because it is about the only sphere where Nigerians can instigate an alternative politics of citizenship and express their civic agencies without the overbearing censorship of regulating institutions. Where will Nigerians be without the freedom of networking and unregulated self-expression that social media affords us? What the Buhari government is gunning for is not so much the clampdown of the mischief that occurs when people engage on social media, but the possibilities of revolutionary zeal they can build up against an incompetent government when they have the freedom to say what they wish.

I am apprehensive if what we call democracy in Nigeria will survive the relentless assault to its principles by the Buhari regime or not. I come across people who self-soothe themselves with the hope that one day, Buhari’s presidency will run its course. They remind themselves that if Nigeria could survive the despotic regime of Sani Abacha, we would outlive Buhari too. They have accepted that no matter how long the man subsists in power, he will leave one day. They tell themselves that the various democratic abominations that Buhari is perpetrating in power will one day become stuff for instructional history books. They say that for generations, we will use Buhari’s floundering legacy of governance to teach our children what democracy ought not to be, ever.

While it might be true that after Buhari we might become more clear-headed in what we want from our leaders and the apparent disasters we would-hopefully-have learned to avoid, the reality is that we might not have much of democracy left to salvage after his tenure.

Nigeria has never been a democratic paradise, but Buhari’s government and its anti-democratic character, are the worst of all. They have not attempted to improve – even marginally – on what subsisted when they took power in 2015. Instead, they keep badgering democracy and coarsening the civic spaces. By the time they are done with Nigeria in 2023 (hopefully), we would have gone through the whole gamut of every moment of abuse they can wring out of supposedly democratic government. They should at least leave the reset button intact so we can refurbish the polity along with our sense of humanity they vandalised in the process.