Home Columnist Kogi election: How the electorate will vote 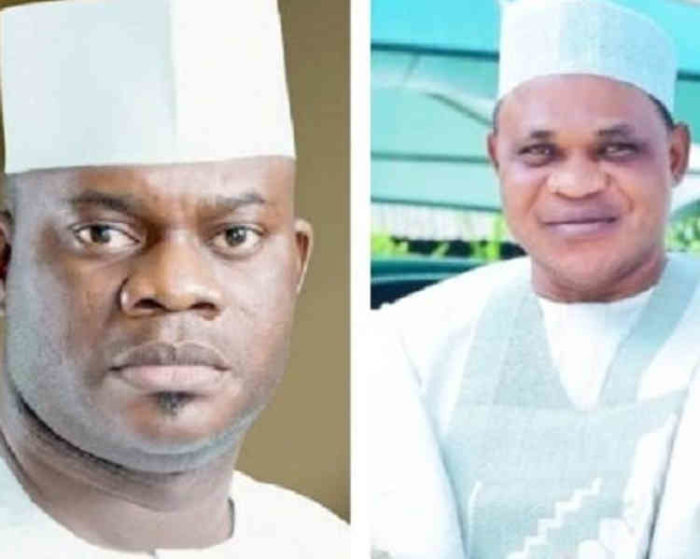 Kogi governorship election is barley one week away and the two major contenders, Governor Yahaya Bello of the All Progressives Congress APC and Engr Musa Wada of the Peoples Democratic Party, PDP are doing everything within their means to win.

While Bello and Wada are the main contenders, Natasha Akpoti, candidate of the Social Democratic Party, SDP who was disqualified last month by the Independent National Electoral Commission, INEC is back in the race.

Last week, the Federal High Court sitting in Abuja faulted INEC for disqualifying Akpoti and ordereded that she should be included.

Now that Akpoti is back in the race, many political analysts are asking if she would still give the main candidates a run for their money. Unlike Bello and Wada, Akpoti was not able to campaign properly.

This report takes a look at how the main candidates would perform in the forthcoming governorship election.

With Akpoti’s inclusion, the story may be different as she is not a walkover as far as this zone is concerned. In the 2019 general election, she ran for Senate under the platform of SDP. It was her first time in a political race and she put up a strong campaign and almost won the election.

In the end, she lost to Mr Yakubu Oseni who had 76,120 votes. Akpoti came second by having 48,326 votes. She was able to defeat the incumbent senator then, Ahmed Ogembe of the PDP who had 19,359 votes.

Despite the voter intimidation, she came second and even defeated the senator on seat. That was when political analysts took her more serious. Politicians and observers realized that she is a force to be reckoned with.

This election according to some observers many be different from the general election because there is the sentiment that Bello is the first from this zone to become governor and many people from this area are ready to vote him.

Alhaji Gufran Onoiza a chieftain of the APC from Ebira land and told Business Hallmark that Bello will win. He said, “You do not expect sons and daughters of Ebira land to abandon Bello for someone else. Who knows when power would get to us next?”

Speaking of Akpoti’s popularity and how she may be a threat to Bello, he said, “The governorship election is a different ball game. The fact that she did well in the senatorial election does not mean that she will do well in this election. Every right thinking Ebira man and woman know that she is only in the race t play a spoiler role. As a result, most of the votes will be for Bello.”

Many political analysts are of the view that Bello will win Kogi Central but it would not be a landslide victory as it would have been without Akpoti.

Since the return to democratic rule in 1999, no one from Kogi West has governed Kogi. In fact the only time they had someone at the helm of affairs was in 2008 when Clarence Olafemi who was the Speaker of Kogi State House of Assembly became acting governor for three months when the court nullified the election that produced Ibrahim Idris and ordered for a fresh one.

In the last dispensation, Yomi Awoniyi was the Deputy Governor of the state. Under Bello the current deputy governor and running mate to Bello is Edward Onoja from Kogi East.

To make matters worse for the governor, INEC has fixed November 16 for the KoGI West Senatorial rerun election between Smart Adeyemi and Dino Melaye. From feelers on ground, Melaye seems to have the upper hand in this zone due to his strong grassroots support.

Melaye defeated Adeyemi in 2015 and repeated the same feat in 2019 before the election was nullified and a rerun was ordered by the court. Having both elections on the same day may be very good for Wada in this zone.

Kogi East Senatorial District has the major ethnic group (Igala) in the state. Out of 21 Locala Government Areas of the state, Kogi East has nine local government areas.

In 1999, Audu was able to return under on the platform of All Nigeria’s People’s Party (ANPP) easily. He had a smooth ride back to Lugard house because his main opponent, who was the candidate of the PDP, was from the western part of the state.

The crux of the matter is that the Igalas have lost out of Buhari’s cabinet. Now they are gunning the number one seat in Kogi State.

Kogi East is without a major position in governance, the 2019 Kogi governorship election has become an ethnic affair as the Peoples Democratic Party, PDP and the All Progressives Party APC, may settle for candidates from Kogi East (Igala land).

Bello would be banking on the support of the Attah of Igala and President, Kogi State Traditional Council, HRM Dr. Micheal Ameh Oboni II, who recently conferred Igala traditional title on Governo Bello, as the Oga-Onu-Ogu-Attah of the Igala kingdom.

While it was a big deal that someone of Attah’s status endorsed Bello, the reality on ground is that the people of Kogi East would prefer one of their sons or brothers to become governor.

Another advantage that Wada has is that he is from Dekina Local Government Area which is the largest in the state. Within Igala land, they are looking at Dekina Local government to produce the next govenor. Before Wada emerged as governor in 2012, no one from that local government had governed Kogi. As a result, stakeholders from the East zoned the governorship position to this local government area. Wada who is from Dekina also fancies his chance to pick the PDP ticket.  As far as the PDP is concerned, it is a Dekina affair because that is the arrangement of Kogi East stakeholders. It is one of the reasons Wada emerged as candidate of the party.