Home Columnist The 2019 Nobel awards and our diminishing intellectual space 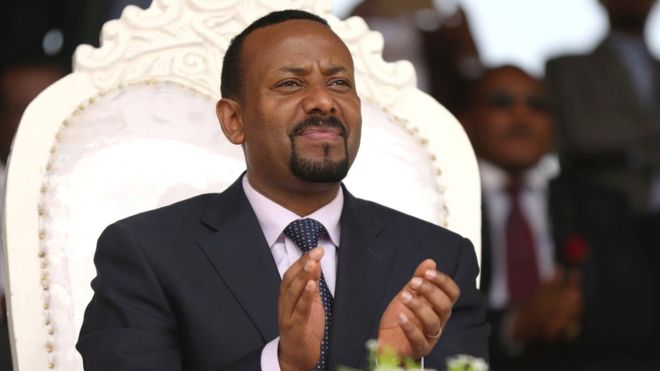 Once upon a season of spirited intellectual activity, this nation bubbled with a modicum of expectancy, conversation, animation, educated guesses at the outset of the annual Nobel Prize awards. Newspapers suggested which Nigerian, African academic, or star writer, would do Nigeria proud like Wole Soyinka did in 1986, when he clinched the coveted literature prize. The possibilities of Nigerian or African academics in the Diaspora becoming laureates provided grist for popular discussion and occasional headlines in the newspapers.

Today, however, we occupy a Philistine universe, in which the annual awards have become approximately non-events; the very inspiring concept of a Nobel hopeful, an index of luminous scholarly stature has been wiped off the national discourse map, replaced by more earthy concerns like the fortunes of European football club sides, or who has the best chance of winning the presidential contest in 2023, still a clear four years away.

Six, out of 10 Nigerian graduates may never have heard of the Nobel Prize, let alone be able to tease out its significance. This state of affairs did not arrive suddenly; it worked itself through a series of processes such as the economic disempowerment of the intellectual class, which ensured that the best and brightest became intellectual court jesters to uncultivated political and military classes, sex-for-grades practices in the Ivory tower, the lust for degrees rather than learning, and the bureaucratisation of the universities, reducing them to centres of power plays, routine, rather than creativity and innovation.

True, individuals here and there continued to labour against disabling odds, but to paraphrase an expression popularised by Niyi Osundare, the universe had vanished from our universities. Notwithstanding that, they are capable of regeneration over a period of time if the political class put on their better selves in order to imagine such possibilities.

To go back to the Nobel, it is edifying that the Peace prize returned to Africa through the award made to Ethiopia’s leader, Abiy Ahmed, for reasons worth looking at, even emulating by most African leaders.

The Nobel committee remarked that Ahmed who came to power last year, during his first 100 days, took unusual reconciliatory steps to heal the broken ties between his country and Eritrea, went on to lift the state of emergency, granted amnesty to political prisoners, discontinued media censorship, removed the ban on opposition party activities, increased the influence of women in politics, dismissed military and civil leaders accused of corruption, among other uplifting activities. Undoubtedly, Ahmed had only commenced what is clearly work in progress, but he had shown flashes of leadership genius not so common on this distressed continent.

On the academic awards, debates continue to trail their somewhat exclusive nature, confined as they are, to the Euro-American world, overwhelmingly male dominated, and their continuing status as celebration of the world’s privileged by the privileged. Feminine voices argue for example, that since 1901, when the awards were initiated, only 22, i.e. three per cent, have gone to women.

To an extent, this may reflect the underrepresentation of women among the pool considered for the award. Nonetheless, it opens a gap that needs to be closed in the interest of inclusiveness. Characteristically, the literature prize went back to its home base, the European continent, though this time round, Central Europe, where it was given to Peter Handke, for, in the words of the committee, “an influential work that with linguistic ingenuity has explored the periphery and the specificity of human experience”. As known, a high percentage, virtually all works that come up for the award are long in gestation, and are usually two decades old.

It is tautological to add that they are ground-breaking endeavours in the tradition of the Magnum Opus. This suggests a lifelong commitment to the academic guild, as well as scholarship that breaks new grounds, and speaks to the human condition. Obviously, talented individuals inhabiting unsteady spaces are unlikely to come up with such magnificence, considering that scholarship is itself cumulative, and incremental.

Literature, however, offers the possibility that creative writers having mastered the language can break the ranks to turn the tables on the established literati, through imaginative and soul-lifting writing. It is no wonder therefore that it is the only department of knowledge where Africans and less disadvantaged people have won Nobels. The saying that it costs a million dollars to ask a question in nuclear physics, tells us that outside well-furnished and up to date laboratories, and scientific equipment, all the mushrooming academic institutions parading themselves as world-class do not have a chance of competing with countries that spend fortunes on scientific infrastructure.

The point being made is that the conditions for scientists becoming Nobel hopefuls do not exist in most African countries, including Nigeria, not the least because of the paltry amounts that they earmark for Higher Education and Research. This matters in other ways as well. For example, the other day, President Muhammadu Buhari, while addressing members of the newly inaugurated Economic Advisory Council, lamented that Nigeria relies overwhelmingly, and to a fault, on data collected by international institutions.

This state of affairs cannot be reversed without building a national scientific infrastructure, in which the gathering of reliable and accurate data will be a foundational undertaking. For individuals, and for nations, the trick is long term investment in quality education, especially at the highest levels. Consider, for example, that one of this year’s laureates for Physics, James Peebles, is the Albert Einstein Professor Emeritus of Science at Princeton University, and had put 55 years, virtually a lifetime into research in his discipline. Most laureates are in this mould of success coming eventually as a result of lifelong persistence of labour, often in obscurity.

In Nigeria, there is a culture of instant coffee, and instant miracles, in which hustle and bustle is yoked to low hanging fruits, or overnight success. Buildings and roads are constructed in a hurry with scant regard for quality, and it is little wonder they crumble quickly. We have yet to build a culture of masterpieces, of enduring work, of greatness, earned by diligent toil over a stretch of time. The laureates in Economic Sciences namely, Abhijit Barnajee and Esther Duflo, both of the Massachusetts Institute of Technology, as well as Michael Kremer of Harvard University, not only transformed development economics, but manifest an engaging link between policy in this case poverty alleviation, and economics. This topicality and policy orientation reinforce the idea that investment in knowledge, and knowledge diffusion, are the building blocks of a better, safer and more qualitative world.

Nigeria, given the current prostrate state of quality education, may not be able to produce another Nobel laureate in our lifetime; but it can at least relaunch the search for quality education, if only to stem the exodus of Nigerian youths abroad, in the search for it. It can do this by investing more in higher education, especially creating Centres of Excellence, by straightening out the warp in values which diminishes education as a cardinal pursuit, and by instituting more genuine awards of outstanding quality designed to reward merit and hard work. If we do these, the tide may slowly turn in the direction of returning the lost glory of extremely good education in the country.