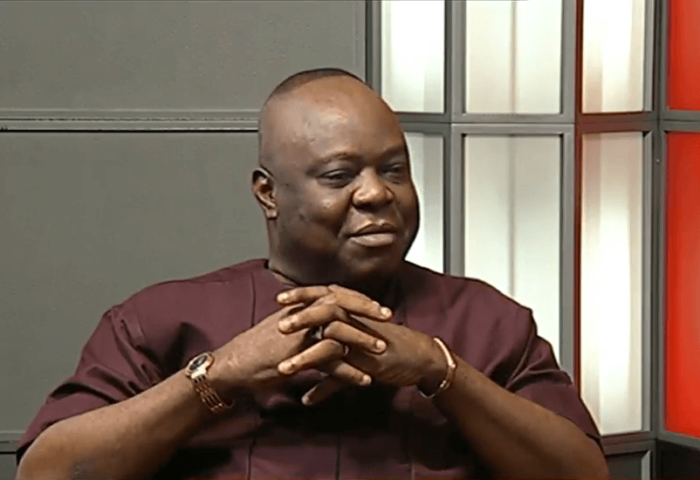 DELE Agekameh’s demise offers a glimpse of the Nigerian spectacle. Alive, the veteran journalist made living theatre of his turbulent world. He wrote of angels and monsters in private life and public service. He wrote of winners and sinners, bandits and law enforcers. He wrote of the criminal and the corrupt in epic narratives; it was always a delight to read his Tell Magazine Cover Stories.

“Bullets na groundnut for east” particularly comes to mind perhaps because he graciously shared byline with me in the cover story in twilight of the year, 2000.

Those of us who were opportune to work with him in the glory days of the foremost news magazine at Textile Labour House, Acme Road, attest to his resourcefulness, humaneness and astounding generosity.

But while generosity is often touted as a life-saver, and crusader journalism, the seed by which the journalist reaps bountifully from the universe’s orchard of recompense, for Agekameh, it offered too little rewards save some fortune and media merit awards.

At the time he needed recompense, fate denied him quittance. Did the universe fall asleep leaving him at the mercy of life’s cruel elements? Why shove him to the cruelty of the Lagos State University Teaching Hospital (LASUTH)’s medical personnel, the state’s terrible roads, atrocious traffic and maladroit leadership?

For Agekameh, there was no reprieve between life and death; the grim reaper leapt through crevices of abstract dread into fatal visibility, killing him. Nobody knows what went through his mind as he breathed his last.

Was he oblivious to the irony of his fatal demise in Lagos, where he diligently served and established his practice? Did he flinch knowing that he was dying at the entrance to a tertiary hospital supposedly teeming with life-savers and caregivers?

His first son, Fabian, a lawyer, told Premium Times (PT) that his father was another victim of Nigeria’s dysfunctional health system.

Having discovered his kidney problem in 2010, Agekameh managed his health condition going to India in 2012 for a successful surgery to remove kidney stones. “However, he was advised that he might need a kidney transplant as a lasting solution,” said Fabian.

Later in 2012, Agekameh began dialysis, “which he did at least two times a week and three times when he could manage it. That routine became part of his life until he passed away by 9:05 pm on Friday, October 11.”

“On the morning of Friday the 11th, he proceeded to Kidney Solutions, off Adeniyi Jones in Ikeja as usual, but there was difficulty hooking him up to the dialysis machines again. A surgeon from Lagos University Teaching Hospital performed what was considered a minor procedure at the dialysis centre before he advised that dialysis must still take place. About one hour into the session, he became too weak and medication was administered, but his blood pressure remained low.

“According to his assistant who was with him, around 5 pm, the decision was taken to transfer him to a bigger hospital. Several calls were made for an ambulance to no avail until they decided to hook him up to oxygen and transport him with his personal car. After fighting traffic to get to Lagos State University Teaching Hospital (LASUTH), there was another issue getting him into the emergency ward, as nurses who were finishing their shift refused to attend to him, based on the account of those with him.

“They reportedly claimed that the doctor that could attend to him was busy and they should wait. He was still in his personal car, clinging to life when a doctor went out there to pronounce him dead.

“His driver and personal assistant insist he was still responsive after their arrival at LASUTH. He has been deposited at LASUTH morgue awaiting an autopsy,” according to the Premium Times report.

No doubt, Agekameh’s sad end mirrors the ugliness of Nigeria’s health sector and the grotesqueness of LASUTH’s healthcare.

To LASUTH’s nurses, his gaunt frame was uninviting. He became to them, what the average citizen seems to the Lagos government, a negligible integer in the state and the hospital’s records of citizenry deaths.

Some commentator chose to mock those saddened by Agekameh’s death, stating that the real tragedy in his demise is the dearth of investigative journalism.

Every profession has its vast array of middling practitioners and a few excellent breed. The latter constitutes the rarity that enriches our world by their scarce endowments.

It is ironic that PT published recently, “Why Lagos govt’s N5.6bn cardio-renal centre remains grounded, in terrible state” thus highlighting the factors responsible for the untimely demise of several Agekamehs across the state and Nigeria as a whole.

The commentator’s claim that the deceased was “too close to certain politicians” isn’t enough to dismiss the value he added to journalism; he was an excellent traditional native.

Investigative journalism is not dead in the country. Nigeria is blessed with the likes of Isioma Madike, Emmanuel Mayah, Adekunle Yusuf, Seun Akioye, Kunle Akinrinade, Fisayo Soyombo, Innocent Duru, Hannah Ojo, Oladeinde Olawoyin among others. Wherever they ply their art, they would always be revered as great ambassadors of Nigerian journalism as Agekameh was.

Agekameh’s death also imparts great lessons to journalists and editors across the country. If several news organisations would report uncompromisingly, policy failure, ailing health facilities, bad roads, corruption in the civil service among others, more lives could be saved and Nigeria would be better for it.

It’s always pitiful to see an editor or publisher condemn and “kill” a well-researched news report, simply because it “might offend” his “associates,” “clients” or “benefactors” in public office and private business sector. Such editor or reporter might be digging his own grave.

Agekameh, in his prime, was an award-winning journalist who at various times worked for Champion Newspaper, Newswatch Magazine and Tell Magazine. As the quaint outline of his life ebbed and he fell helplessly silent, what memories assailed him?

As death teased him gently into the proverbial long night, did he assert feeble will to contend the plague of truth that he was dying and would never, ever come back?

Did he “like a man,” stoically accept, the reality of his tired ardour and the impermanence of mortality as life fled him, weary and undone?

What were his thoughts as he frailly submitted to be hooked to oxygen in his personal vehicle, lacking essential health facilities because he could get no ambulance. Was he saddened by his disgraceful and shabby treatment by Lagos health workers at the threshold of death?

And to those who would speak ill of the dead, they forget that death’s circuitous dice is still rolling. Let’s hope it doesn’t catch up with you while you struggle through heavy traffic, on Lagos’ treacherous roads en route LASUTH’s hospital corridors of death.