Home Columnist British cop, Khafi may be sacked for participating in Big Brother 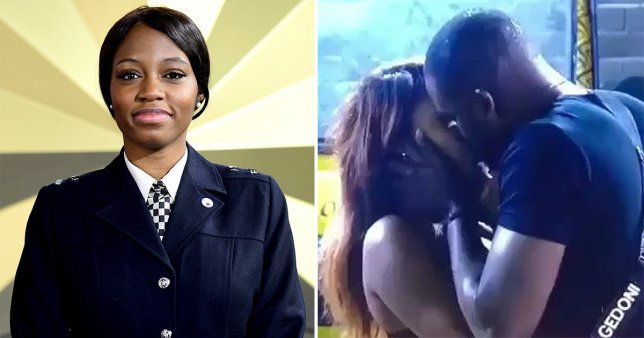 A metropolitan Police officer Khafi Kareem will be investigated for taking part in Big Brother Naija without permission.

Khafi, 29, is one of the stars on the reality show, taking part while on unpaid leave from the Met.

According to media reports, Ms Kareem joined the force as a PC based at Lambeth station in 2015, having worked part-time as a special constable for four years.

But the Met has said she was not given permission to go on the show, and said all officers have a requirement to behave professionally, whether on or off duty.

A Met Police statement read: “A PC, attached to the Met’s transformation command, requested permission to take part in a reality television entertainment show in Nigeria. Permission was not given.

“The Met is aware that the officer has since appeared on the show without authority.

“The Directorate of Professional Standards has been informed and will be carrying out an investigation into the circumstances.

“The Met does not support the officer’s appearance nor does she represent the Met whilst appearing on the show.”
They also clarified that Ms Kareem had requested the unpaid leave before she asked if she could go on the show.

Ms Kareem has hit back since the report in The Sun emerged, calling it “brazenly sensational and defamatory”.

In a statement, which said legal options would be considered, she added: “Khafi is a proud black female officer who prides herself in her work and has dedicated her youthful years protecting and serving with her many skills which include the ability to speak at least five international languages.”

She also said the story “comes from a repressive culture of shaming and characterizing women for their sexual decisions and life choices”.
According to the show’s website, Ms Kareem “wants the exposure that being in Big Brother Naija House brings so that she can do societal good”.

She told the show she is “secretly talented in spoken word, singing and dancing”.

If she wins the prize money, equivalent to £68,000, she said she would hire a camera crew to host a travel show in Nigeria and “invest in charitable causes”.

Fans of the show have been particularly taken with her romance with fellow contestant Ekpata Gedoni.

The officer and the 31-year-old fashion entrepreneur have been filmed under the sheets in the house.

Social media accounts have sprung up online committed to sharing fan clips and pictures of her, most of them using her name as a cup of Khafi pun.

In March this year, London News Online reported that Ms Kareem attended the premiere of Captain Marvel, to celebrate her work in Lambeth.