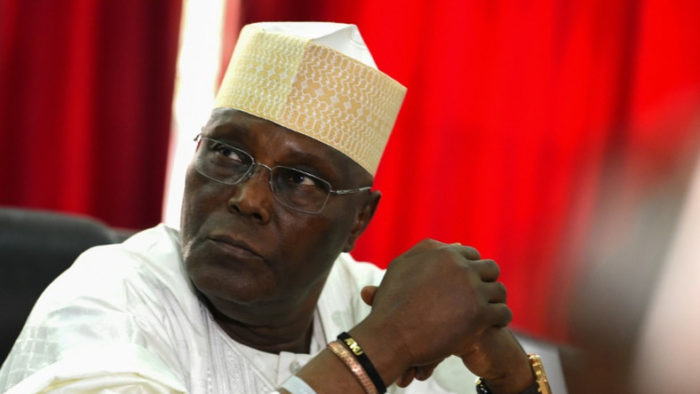 A former Vice President of Nigeria, Atiku Abubakar has called on the Peoples Democratic Party, PDP to punish Senator Elisha Abbo for assaulting a woman in a shop.
This is coming less than an hour after the Senate set up a committee to investigate the senator who was caught on video beating up a shop attendant at a sex toy shop.
Atiku took to twitter to condemn the actions of the senator representing Adamawa North Senatorial district.
He said, “I have seen the alleged assault video involving Senator Eisha Abbo. The video is sad and inexcusable. I know the Senator quite well. But the law is clear and leaders must lead by example.
“I advise him to publicly apologize, voluntarily go to the police and show a good example of a young leader. I also call on our party, the PDP to take necessary disciplinary action and the Police to ensure the law takes its full course.