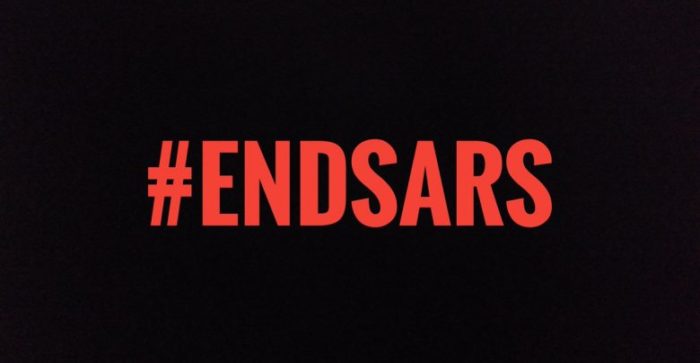 Since the death of Kolade Johnson, a young man who was hit by a stray bullet yesterday in Lagos, Nigerians have been demanding for the end of police brutality by scrapping of the Special Anti-Robbery Squad (SARS).

Nigerians have taken to various social media platforms, especially twitter to demand for the end of SARS.

Johnson, it was reported was watching Liverpool FC play Tottenhan at a viewing centre when the policemen came and started firing sporadically. It was gathered that they were looking for a “yahoo boy,” and when they could not find him, they got angry and shot at people.

A human rights activist, Segun Awosanya has been the most vocal Nigerian when it comes to putting an end to SARS and also reforming the Nigerian police. He took to twitter to express displeasure over the recent incident. He wrote on twitter with his handle @Segalink, “Now that the recalcitrant Anti Cultism acting as Criminal Fashion @PoliceNG have started killing our youth in the bid to intimidate, abduct and rob them of money, we will ensure this is the last time that unit operates. The end has come.”

Another Nigerian with the handle @mttw_page wrote: “Imagine stepping out of your house, and be scared of unjust brutality, unlawful arrest & detention, extrajudicial killing by the @PoliceNG. We need to #EndSARS & make sure absolute #PoliceReform is enacted. Youths in #Mushin are solidly behind a move to #EndSARS”

@UtchayMillion “Why should we manage a virus deadly virus that sucks blood not the blood of goats & rams But of human full of life & sound Why should we invest in an enemy who kills & maims for fun having no breast of motherhood your weapons are weird against us. #EndSARS @segalink warned.”

Dr. Joe Abah, who is into governance, Public Service Reforms, Public Policy, Political Economy lent his voice to the teeming youths demanign for an end to police brutality. Abah has over 160 thousand followers on twitter and his views are always considered important.

Somto Onuchukwu said “The killing of Kolade Johnson by evil men of SARS should unite us; every young Nigerian, every region should speak up now, let’s #EndSARS”

For Oluyemi Fasipe, “SARs shot an innocent citizen dead yesterday, men of the @PoliceNG who are paid to protect the citizens are the ones oppressing and killing them. Who knows who their next victim will be, add your voice now.”

At the time of filing this report, efforts to reach Bala Elkana, the Lagos State Police Public Relations Officer failed.