Home Columnist Why Igbos in Lagos should vote for Sanwo-olu – By Prince Emeka... 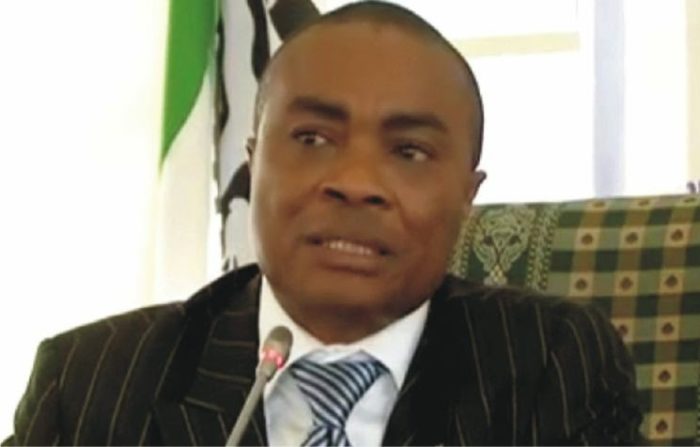 I am constrained to intervene in the raging controversy over the communal relationship between the Igbo who live in Lagos and the Yoruba. The relationship which was hitherto harmonious has come under increasing stress of late.

The immediate problems were caused by the unfortunate incident of the 23rd of February when voters at various polling units in some parts of Lagos, especially those areas where the Igbo live in large numbers, were disrupted by political thugs. The thugs were allegedly bent on frustrating the voters whom they suspected were inclined to support a political party and candidate different from their own. The problems which that isolated incident created have since boiled over and is now threatening the peace and harmony of Nigeria’s leading commercial city and its flagship state, Lagos.

It is important to observe that this would not be the first time such tension would arise. I recall that during the 2015 election cycle, similar tension had built up mainly due to the suspicion by many Yoruba politicians that the Igbo in Lagos were inclined to support a different political party and different candidates from the ones they supported.

It is indeed very regrettable that such conflicts would become a feature of the national political cycle. It does not need to be so. It is deeply worrisome because of what it portends. There are many who may be tempted to see these issues in isolation but they would be wrong. For anyone who is a careful observer of the trend in Nigeria, this development is symptomatic of the underlining tensions besetting the country.

Nigeria is a multi ethnic society, consisting of multiple nationalities, many of them with their distinct features, characteristics and culture. Of course, many speak different languages.

The founding fathers of Nigeria, obviously, in recognition of these diversities, decided to operate a federal system of government which allowed the country to thrive despite its diversities. But the unitary system of government which the military imposed on the country in the aftermath of the 1966 military coup, forced Nigeria into a unitary system that does not recognise these diversities and thus, failed to make allowances for them. As a result, the Nigerian State has become a dysfunctional entity – an entity that does not yield to any known definition of governance in the modern world. It is an entity that despite its unitary features, it insists on defining her citizens on the basis of the state of their origin.

The provision of the state of origin status in the constitution is an anomaly. It is because of it that Nigerians are denied the full rights and privileges of citizenship in different parts of the country where they reside and discharge their business and perform their civic obligations, merely on the basis of where their parents were born.

The state of origin requirement is a monstrous incongruity which does not do justice to the development of nationalism and patriotism among Nigerian citizens. For instance, in some states of the country, indigenes pay a higher rate of school fees from non-indigenes. Thus Nigerians who work and pay their taxes in these states are denied certain rights and privileges because their parents, or even they themselves, were not born in those states. It does not matter how long they have lived in such states.

The state of origin issue is just one instance of the need for a comprehensive review of the fundamental framework and premises of the Nigerian nation. The refusal and resistance to these pressing needs by some sections of the country is puzzling. The truth is that Nigeria cannot work efficiently as a modern nation state and certainly has little chance of developing sustainably, without these anomalies being discussed and resolved.

The question of what Nigeria is really and what it means to be a Nigerian must be satisfactorily answered by the Nigerian leadership class in order to locate the country on the path of sustained development.

By refusing to engage in that rewarding exercise, the Nigerian elite is creating a potential time bomb which will certainly explode some day. My fear is that that day may not be too far away. We cannot continue to play the ostrich on an issue that is very critical to our collective well-being. It might be tempting for some people to think that any potential crisis will not affect them negatively. The truth of the matter is that national crises often develop lives of their own. Once the monstrous fire is lit, it is often difficult, if not impossible to predict how far it will burn. In other words, when troubles break out, no one is immune from its disastrous consequences.

Lagos has emerged as Nigeria’s flagship state mostly because it was, for a very long stretch of time, the capital of the Nigerian state and also grew to become its commercial nerve centre. There is no doubt that the success of Lagos owes greatly to its cosmopolitan nature and the massive investment of the federal government of Nigeria using the resources of the Nigerian state.

In the years after the war, Lagos became a major destination for people from various parts of Nigeria, including people from the South East and South South. These people have contributed their own quota, just like other Nigerians, towards the development and growth of Lagos.

Of course, it is a moot point to say that Lagos belongs to the South Western part of Nigeria and so it is Yoruba land. The Yoruba have emerged as some of the greatest Nigerians, especially with their cosmopolitan nature, their spirit of hospitality, their natural enterprise and early embrace of westernisation and all its attributes.

The relationship between these two forward looking Nigerian ethnic nationalities has tended to smack of sibling rivalry, with each of them striving to outdo the other. In normal circumstances, there is nothing wrong in such healthy competition. Even in families, sibling rivalries are not uncommon. They are and accepted and in many instances, even welcomed. However, it would appear that of late, this relationship has come under intensified stress. The reason for that is easily understandable.

After the exponential growth of the 70s and the last decade, Nigeria’s economy has stagnated. Growth has stalled and in the last two years it actually went into a recession. The challenge diminishing economic opportunities poses, is that societies become restive. And if such restivenes are not well managed, they may be accentuated by traditional fault lines. And that’s exactly what is happening in Lagos. Today it is Lagos, tomorrow it will be other cities. The truth of the matter is that Nigeria is in dire need of restructuring to free her to pursue accelerated growth in order to cater to the exploding population.

As economic opportunities diminish, the competition for the available resources will be intensified and many who feel left out will resort to different ways to express their grievances.

Ethnic rivalries and racism have emerged at the top of avenues through which disaffected members of societies express their grievances. In different parts of the world, xenophobia has become a real threat.

Every society must find ways of addressing and managing these peculiar challenges. Igbos who live in Lagos should take a deep breath and reappraise their disposition to political issues. There is an old saying that, “when in Rome, do as the Romans”.

Whereas it is beyond argument that in a polity, everyone has a right to vote for any candidate of their choice and no one has the right to abridge or act in any manner that abridges such rights. But as the holy book teaches us, wisdom is profitable to direct. If the political choices the Igbo often make in Lagos has become a major source of friction and a threat to ethnic harmony, the part of wisdom is for the Igbo who live in Lagos to become more pragmatic in their choices in order to ensure peace and harmony. There are some who will think that such a response would tantamount to cowardice. My response is, so let it be.

Having said this, let me also say that it is totally wrong and unacceptable for any anyone to use force and intimidation to cower any group into supporting their own candidates. Democracy is a system that is based on the freedom to choose. Everyone in Lagos should be allowed the right to choose who he or she supports. Such rights are fundamental and inalienable.

Political parties all over the world, and political leaders, especially the candidates for office work assiduously to court the support of different groups within their polity. Using force and blackmail do not rank as an acceptable way of doing it. It is abhorrent and despicable. No decent person, whether Yoruba or Igbo, should lend support to such behaviour.

But as the Bible says, it is not everything which is lawful that is expedient. Whereas it is lawful for the Igbo to support whoever they like, it may not always be expedient. My preference, therefore, will be for the Igbo to be more pragmatic in managing their freedom and in expressing their choices.

The issue of the parameters for the governance of Nigeria are cogent and crucial. They must be discussed, if not now, certainly later. If not in peace, certainly out of strife. It cannot be avoided. But the Igbo should carefully consider whether the time is ripe now for them to force those issues to the table and even if it is, in what manner should it be done? I  do not align myself to any Igbo man who insists on forcing these issues to the front burner at this time. It may be folly or cowardice, but I remain conscious of the ravages of the the civil war which has condemned succeeding generations of the Igbo to the fringes of the Nigerian project.

The civil war experience, especially in the manner it happened, should remain an example for all Igbos of the futility of such actions. Never again should the Igbo stake all in a war of doubtful provenance. There is a time and place for everything. For the Igbo, the time is coming. Until then, we should be wise enough to learn the art of survival. That will be the path of wisdom.