Home Columnist Person of the year – By Sam Omatseye 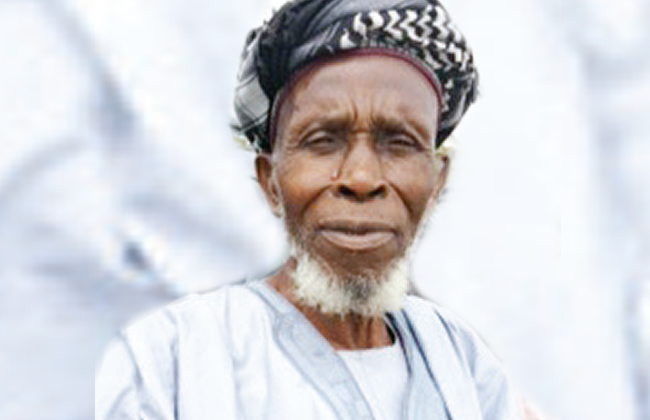 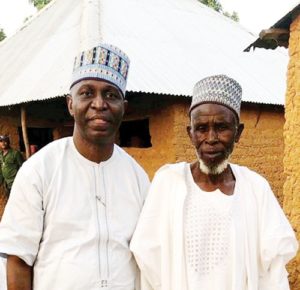 Before embarking on the journey, some locals said it was not far from Jos. Maybe 30 minutes. They may have been right if they reckoned with the landscape. The vision ahead promised booby-traps of bumps and body aches, even in a Toyota Land Cruiser that subdues rugged terrain into peculiar expressways.

A contrast to what I had always known of Plateau State, with its breath-taking verdure, arboreal paradise and climate imported from Eden. The road to Yelwa Gindi Akwati was bald and ferocious with its dips, sways and rises on a rocky ride. Past tin mining sites, past monster rocks, riding through sand-clogged streams, the air sometimes crisp, sometimes a riot of dust.  On mine sites, the graders lay still in mud-spattered cradles. Wealth lay beneath but everywhere you looked, poverty snorted. Someone remarked it was the scar of a failing federal system. Plateau State Governor Simon Lalong has lamented how rogue oligarchs with brigands siphon its mineral bounty.

Peaks and valleys drape our vehicle with lights and shadows as we ride up and down the ragged road. We navigated a clump of trees here, a lone mango tree here and row of pear trees there, sometimes stunningly lush and some fading out of glory, all like sturdy fingers pointing to a baleful firmament. Also a cluster of grassy lawns had lost their lustre, but remain as insistent green carpets defying a birdless sky and an arid stretch of undulating land.

In the midst of this barbarous temerity, an 83-year-old man stood for God and humans. He opened his mosque and his home. All who could enter he would defend. He had no arms, no brawn, no army. He, a fragile old man, with a soft voice and granite heart, asked the mosque to be locked, including an adjunct mosque. The mosques were filled. The overflow headed to his home of about five rooms. Men, women, children, all took shelter with their faith and an imam as their anchor. The goons came. The man stood at his door, between the militants and the helpless beings. The sky burst with rain, and the imam fended them off with a plea. His mien appealed to them to save the souls.

“I didn’t say anything to them,” he told me. “I was praying in my heart and looking at them.” The men were hooded, and spoke Hausa, Fulani and English, he said. As he stood before them, he tripped and fell. Rather than step over him, they stepped away, banged at the door of the mosque as well, but also left. All the lives were saved. Most of them Christians, as attested to by the Birom I saw there and his fellow custodians of the mosque.

Were they 300? I asked. He said they were so many he could not count. I entered the mosque. If it was crammed full with people lying on the floor, it could have taken five hundred. It was not only Christians from his village but also those who fled there from neighbouring communities, including a place called Ex Land.

In a region where Christians and Muslims have been reported to be at daggers-drawn, where the so-called herdsmen and farmers only met in blood puddles, this imam bucked the narrative. For daring to disdain his personal safety for others and valorising human life without prejudice to religion, Imam Abdullahi Abubakar is In Touch Person of the Year. Because of him, hundreds of Nigerian men, women and children, secure a second chance in a year of wanton waste of sacred lives under the slaughter of ethnic and religious militants.

He shunned the apocalypse of religious conflict and embraced peace now. Much has been said about our shero, Leah Sharibu, who stood her ground and would not surrender her Christian conscience on pain of death. She is my runner-up, as a story of innocence and assertion of human resolve over the pressure of zealots. She represents the insistence of faith and human right.  The Imam staked his life to save hundreds of children like Leah and fathers and mothers. She tempts sectarian fealty, while the old man hails over borders.

Abubakar is a universal spirit. The Christian zealot will see remorse, the Muslim fanatic will find a new path, the atheist will coddle human pathos. He was a man with true evangelical zeal. A puritan of love and peace.  A partisan of harmony, not sects. He is not like the clerics who yelled for revenge, some in churches and others in mosques, cutting human society in cleavages of faith and murder.

He did not abandon the Christians because they serve a different deity. “We are all children of God. Both faiths want peace.” He said. He counters the narrative where Christians in the United States bar Muslims from their country, and radical Muslims in the Middle East rape and slaughter Christians, where in North East, Boko Haram turns blood-filled eyes at The Holy Spirit, where a minister of defence is howling for grazing routes. Also a misguided president utters a wry plea for neighbours to accommodate each other. Mass deaths, mass burials. Dusk rapines, night raids. Families in disarray. We had all these where a man said no to slaughter, and yes to life.

He truly affirms the template of harmony set up by Governor Lalong to foster peaceful co-existence among people between Muslims and Christians, Biroms and Fulani, among other tribes. On the issue, he said only those who don’t understand God create trouble.

Abubakar moved there like other Hausa-Fulani folks have done over the decades. The village has been a model of inter-faith harmony and even marriages. He arrived there in the early 1950’s when the Sardauna became the premier of Northern region.

“The Christians welcomed us and gave us land,” he said. “We have lived together in peace ever since.” He noted that the Christians gave them the land where the mosque was built and they even contributed about N60,000 to build it. He also said those who preach hate between the religions have not studied the books.

“I have read the Bible as well as the Qur’an,” he asserted. He read Hausa version. He spoke through translators. He said he saw many similarities between both faiths, and he read about Jesus’ miracles and all the stories, especially in the Old Testaments. “Jesus was mentioned about 25 times in the Qur’an and Mohammed five times,” he said. So he saw no reason for any frictions.

Unlike many clerics, Christian and Muslim, who never face the ultimate test of faith, Abubakar excelled. In the novel Middlemarch by George Eliot, a young man who was undertaking a training to be a cleric raised doubts in the minds of some young women. A character said, “He would be a great hypocrite. But not yet.”It is like what Prophet Isaiah says of the weak,’’the children came to the birth, there is no strength to bring forth’’. Until a cleric excels like Abubakar, the potential of hypocrite hovers. Few are chosen.

As for courage, he has no equal in the year. He even turned down the government’s offer for protection. He deserves one of our highest national award.

He wanted to be a soldier and fight during the civil war. However, he had to remain at home to nurse his ailing father. When he died, Abubakar became imam.

My second runner-up is the Russian fighter aircraft: Mi35. It is the machine of the year. I called it the bird of praise earlier in the year. It is the reason the so-called herdsman has fallen silent. The aircraft could have tracked the killers in Yelwa Gindi Akwati, who came on foot and ran away. It complicates the narrative that all the spasms of violence came from herdsmen. Most must have been from bandits who exploited the herdsmen crisis for criminality. But the Mi35 can lift up anywhere and land anywhere, if not as nimble as the American Apache. We did not make the machine, but it is made for peace in our land.