Home Columnist Opportunity and Dream: Key to All Successes – By Ben Murray Bruce 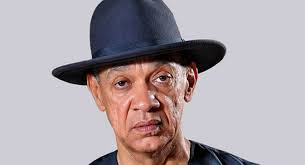 Dear youths of Nigeria and the world, you who have passed through the chambers of this great university named the American University of Nigeria, Yola, I want to assure you that despite the world class education that you received in these ivory towers, your best days are ahead of you.

I want you to understand that because of the knowledge you have gained at AUN and the other schools that brought you to this point, the rest of your lives will be the best of your lives. This is not just feel good rhetoric. This is fact and if you are patient with me, I will use the next minutes to walk along with you as we plot your route to the success that awaits you.

When I started Silverbird 37 years ago, I did not even have an office. I strong armed my dad into giving me a corner space at his supermarket, Dominoes. I sweet talked him into giving me a loan of N20,000 Naira.

But my greatest asset was my dream of succeeding at whatever I put my hand to. Let us focus on that word dream. I think the proper word for the dreams you have at night should be visions. They are not really dreams. You real dreams are the conscious imaginations you have during your waking hours of where you want to be in future.

That type of dream enables you to bring the future into the present so you can mentally plan in three dimensions.
Dreams are always focused on the future, because your background should not determine your dreams. Your history should not limit your potential. That you were an orphan selling firewood on the streets, like your founder, His Excellency Atiku Abubakar, should not cause you to dream dreams smaller in size than the dreams of the heir to the British throne.

Don’t allow people who are focused on your past or theirs to tell you that what you dream of cannot be achieved. Don’t even allow experts define your prospects for you.

The world learnt a lesson from the 2016 US Presidential election. Every expert said that Hillary would win. But the future belongs to dreamers and not experts, and that is why Trump’s dreams triumphed over the experts projections.

Learn from that my dear young people.
And a major ancillary of dreams is opportunity. They go hand in hand. I just told you not to be tied to your history but to go with your potential. Let’s play a semantic game here.

There were no world class universities in Yola. There were even no private universities in Adamawa. No one ever thought that a university like the American University of Nigeria, Yola would exist here. If you had asked most people, they would have said such a citadel would be built in Lagos or Ibadan or somewhere in the Southwest.

But that was yesterday’s thinking and there is no opportunity in yesterday. Your founder was focused on today and tomorrow and that future focus resulted in this magnificent place of learning.

I had a similar experience as the Director General of the Nigerian Television Authority. When I was appointed in 2000 by President Olusegun Obasanjo, NTA was only broadcasting during daylight hours. I told the staff that we would begin 24 hour broadcasting and they told me it was not possible with the equipment they had.
However, two weeks after my appointment, with the same staff and equipment, NTA was broadcasting for 24 hours.

What changed? The staff was the same, as was the equipment, as were the physical address. The only thing that changed was the dream.

Prior to 1954, the experts said it was physically impossible for a man to run a mile in under four minutes. The whole world believed the experts, and so no one even attempted to prove them wrong.

He told some of his friends and they laughed at him. So he stopped telling people about his dreams. Instead, he started practicing in secret, in private, sometimes under the cover of darkness.

After practicing for years, he began awaiting his opportunity. That opportunity came on the 6th of May, 1954, during an athletic competition between his university, Oxford University, and the British Athletic Association.
After over a year of diligent preparation, Roger Bannister ran a mile in under four minutes and forever proved the experts wrong.

But that is not the moral of this true story. The amazing thing about Sir Roger Bannister’s epic story is that whereas no one ever ran a mile in under four minutes in all of recorded history up to May 6, 1954, from that date till today over a thousand people have ran a mile in less than four minutes.

Why? Because Sir Roger Bannister used the power of dreams and opportunities to conquer the past and usher in a whole new world of possibilities.

And listen to me very carefully. If Sir Roger Bannister could do it, if Waziri Atiku Abubakar could do it, if I could do it, then you Mohammed, you Tunde, you Ngozi and you Musa, can do it.
I was inspired by Sir Roger Bannister to produce the first Black African Miss World. Like Bannister, many people told me it was an impossible dream because it had never happened before. But I knew the power of dreams. I knew the power of opportunity.
Each on its own is powerful. But together, they are invincible.

And that is how I felt when I succeeded in producing the first Black African Miss World in 2001 with Agbani Darego. I felt invincible. And it was not just me. That victory was symbolic. It made 70 million Nigerian women feel that they are beautiful and powerful. And it all began with a dream which met opportunity.

Listen to me, be prepared for your opportunity.start dreaming today.
Today and tomorrow are full of opportunities, and dreams are the only means by which you can catch those opportunities.

Ladies and gentlemen, young men and women, thank you for your time and please go from here to fulfill the amazing destinies that your stay here at the American University of Nigeria, Yola, has prepared you for.