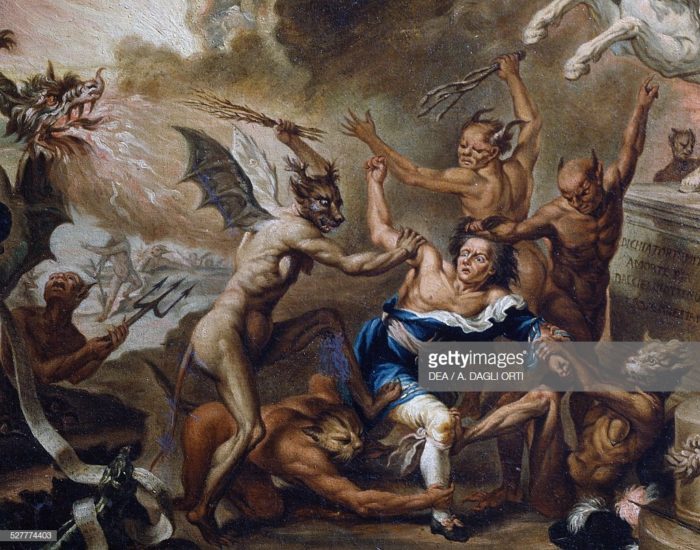 Dr. Yemi Kale, the Statistician General of the National Bureau of Statistics of Nigeria (NBS), recently tweeted that the bureau’s unemployment report was being delayed by funding issues. He was reacting to insinuations that the delay was because the Buhari administration wanted to hide the current unemployment figures, given the implications for the 2019 elections. However, those familiar with the state of the nation’s finances know that it is much more than that. NBS reports are classified as capital expenditure and most government agencies have received only about 10% of their capital allocation so far this year. By the way, this year ends next month.

In fact, capital expenditure in the 2018 budget will be borrowed 100%. In simple language, every kobo spent or to be spent on capital projects in 2018 by the federal government will be borrowed. The federal lawmakers only recently approved the borrowing plans. In all, what we call budget is usually made up of recurrent expenditure of between 70% and 80%. In simple language again, most of what we call budget is just to pay salaries and allowances and fund overhead expenses such as travels and consumables. This has been the case for only God knows how many years; I only started paying attention to the fine details about 20 years ago. It is not cute at all.

One question to ask then is: how can oil sell for an average of $72 per barrel — as it has done so far in 2018 — and we still cannot fund our budget? As a layman, I find this very difficult to understand. Oil price is low, we are in trouble. Oil price is high, we are in trouble. Oil price is between high and low, we are in trouble. What then is the problem? Why do we have to borrow money to do capital projects when oil prices are in their 60s, 70s and 80s? Why do we have to borrow to pay salaries, as Dr. Ngozi Okonjo-Iweala, former minister of finance, said in 2015 when President Goodluck Jonathan was preparing to hand over power at a time oil was selling for an average of $50?

Our conversation today is on what I call the demons killing Nigeria. I have identified a legion of demons that will continue to torment our economic progress. We shall discuss just three of those demons today. Until we exorcise them, Nigeria will continue to be locked in the vicious circle of underdevelopment. Even if oil was sold for $200 per barrel, even if we had the best president votes can buy, even if we had the most intelligent ministers in this world, we are going nowhere until we deal with these demons. Unfortunately, these things are hardly discussed at election times. We put more energy into mudslinging as if this has ever developed any country.

The Beelzebub, the king of demons, has to be our management of the oil industry. I can write a whole book on this, but I will restrain myself to how it applies to today’s discussion. I go back to the question: how can oil sell for an average of $72 per barrel and we still cannot fund our budget? One of the answers is not that complicated: we export crude oil and then spend the bulk of the revenue on importing petroleum products — petrol, diesel, kerosene, aviation fuel and such like. In other words, most of the benefits we get from high oil prices go down the subsidy drain. We avoid increasing the pump prices because of the enormous political implications.

We earn billions of dollars from oil but the money goes back into subsidy (or whatever this government has decided to call it), so we keep borrowing to finance our budget. This is not an argument against subsidy (I think we will never stop debating this — it is more of politics than economics) but more of an insight into how we manage our resources. What do we want to spend our oil revenue on? Is there a more efficient and more sustainable alternative to fuel subsidy that will have less political backlash? How can we earn more and spend less? This is the conversation we should be having rather than discussing the Jibril from Niger and the Jefferson in America.

This oil Beelzebub incessantly torments the economy in several ways. Oil provides over 90% of our forex earnings. Basically, what we do is deplete all our forex earnings on importing petroleum products because our refineries are not working. They have not worked for over 20 years, and every successive government has paid more attention to fuel imports than local refining. If we calculate how much forex has been flown away to import fuel in the last two decades, we would understand why the naira will always be on a downward journey. If we refine at home, the forex pressure on CBN would drop dramatically. Our reserves would be robust and the naira would be stable.

If only the NNPC can summon the courage to give us a breakdown of the demurrage it has been paying over the years because of lack of enough reception and storage facilities for fuel imports, we would see that the money is enough to build six mega refineries across Nigeria and banish fuel importation forever. In fact, we can start earning forex not just from crude export but also from exporting refined products! Every government has claimed it would fix the refineries, with billions of dollars being regularly spent on “turn around maintenance” for decades, but all we do is keep importing fuel. Are we under a spell? Who bewitched us? Beelzebub?

Beelzebub hurts us far more than I have listed, but I will now move on to discuss the other demons because of space. Civil service is the second demon on my list. Go to any country we call “developed” today and check out the calibre of their civil service, which is the engine room of public administration. This is where policies are formulated, implemented and appraised. Take a country like the UK as an example. The civil service is filled with first-class brains. The best products from their best universities get automatic employments. Civil service runs the country. That is why UK has had four prime ministers in 11 years and the system still runs smoothly regardless.

Our civil service is not only excessively bloated (both at federal and state levels), what is the calibre of the civil servants? How many first-class brains end up in the civil service? Have you ever tried to get anything done in a typical government office anywhere in Nigeria? Enter the office and nobody will acknowledge your presence. If you greet them they will respond with contempt. They are busy watching African Magic or, increasingly these days, Zee World. How many people get promoted on the basis of productivity? Promotion is basically a formality. Files go missing with ease. One director or the other is never “on seat” to sign a document that could save a life. The attitude is appalling.

But how do we recruit our civil servants? Usually, when there are vacancies, slots are allocated to politicians and other demigods who use the opportunity to resettle their thugs and hangers-on. In many instances, these employees hardly come to office. The dedicated of the lot report late to office, close early and take many days off. By Friday, government offices are like ghost towns. They are only committed to receiving salary alerts at the end of the month. And we expect Nigeria to develop! If we do not build a meritocratic, well-motivated, trim and fit civil service, Nigeria is going nowhere. Let crude oil sell for $500 per barrel, we would remain stuck in this vicious circle.

The third demon is a blood relation of the second. It is recurrent expenditure. We are spending too much on the salaries, allowances and overheads of civil servants. This is basically the totality of our budget year in year out. The civil service is not only bloated, we are spending virtually all our revenue to maintain it. In 2017, federal government budgeted N1.9tr for the salaries of over five million civil servants and public office holders but its share of oil revenue was just N1.2tr. What country in the world would ever make progress under such a structure? How can Nigeria fund infrastructure for development when overheads eat up its revenue? Where are we headed?

I am sorry to have disappointed you — you were expecting me to list corruption, nepotism, lack of “true federation” and federal character as the demons. Pardon my impunity. But even if we get rid of these things without tackling the dollar flight in search of fuel imports, without building a solid, trim and fit civil service and without cutting out the wastes embedded in recurrent expenditure, we are going nowhere. These are the issues that should be shaping the debate on the 2019 elections, but here we are talking about President Buhari’s WAEC certificate and Alhaji Abubakar Atiku’s tax clearance. No wonder the more things change the more they remain the same.
==

GANDUJE THE GREAT
What a week it was for Governor Abdullahi Ganduje of Kano state, who is at the centre of a multimillion dollar bribery saga. First, the house of assembly suspended its probe into the affair. Second, President Buhari, in far away France, described him as a “responsible governor” (although it was over his performance in office but it’s a presidential accolade anyone under fire would gladly take). Third, he was blessed with the Africa Value Award for “effective leadership and economic empowerment”. If not that nomination has passed, I would have a launched a “Ganduje for President” campaign as my humble contribution to celebrating this iconic governor. Legend.

AREGBE’S CHALLENGE
Ogbeni Rauf Aregbesola, the outgoing governor of Osun state, has said he did not receive any salaries for the eight years he was in office. The man known for his communist leanings said: “The state feeds me, fuels my car and covers my other expenses. This is why I see no reason to earn a salary. I have no house, save the one I built before I became governor of Osun… I have not earned a dime in salary since I became governor.” If Aregbesola was indeed saying nothing but the truth, I find these to be huge claims. While you may say the salary is pittance in any case, I wish more Nigerian governors can honestly and boldly make similar claims. Challenge.

TRUMPED, AGAIN
Despite the chaos and the threat to democracy that accompanied President Donald Trump to the White House since his unfortunate election to lead the so-called “free world”, it is heart-warming that the American judiciary has regularly risen up to uphold the rule of law. America, under Trump, is no longer looking like the land of liberty. On a cheerful note, a judge in Washington DC has ordered the White House to return CNN reporter Jim Acosta’s press pass after it was revoked by the US Secret Service. CNN’s lawsuit against the action continues. Whether or not we accept it, whatever happens in the US is adapted as a precedent in many developing countries. Menacing.

AND FINALLY…
You know Christmas is around the corner when jingles of promos and discounts rend the air. On Friday, Rev. Jolly Nyame, former governor of Taraba state, was given a discount on his jail sentence by the court of appeal in Abuja. He will now serve 12 years in prison instead of 14. Chief Joshua Dariye, former governor of Plateau state, got a bigger discount — four years off the original 14-year sentence. Chief Orji Uzor Kalu, former governor of Abia state who is facing an imminent similar sentence, has fallen seriously ill and was rushed to a German hospital by his darling wife. I wish him quick recovery and a generous discount when his case is finally decided. Bargain.

Culled from The Cable