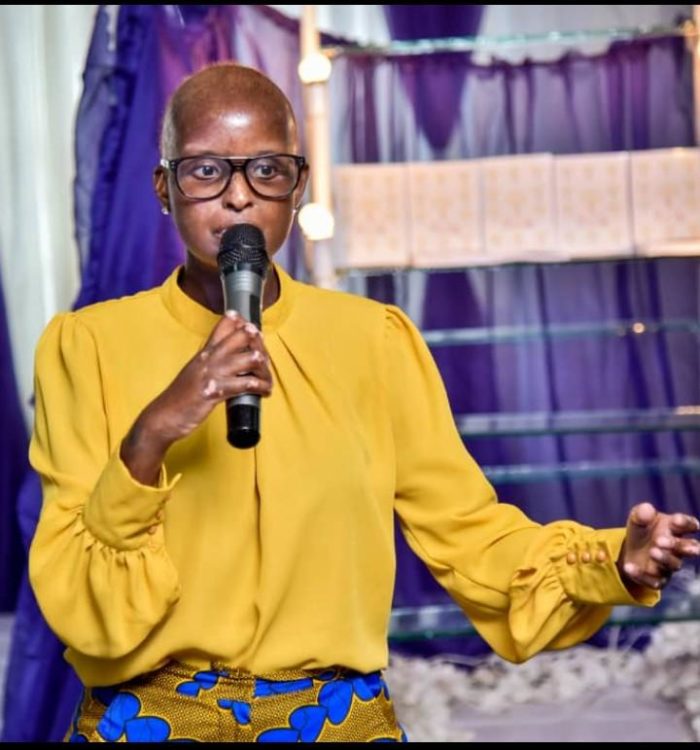 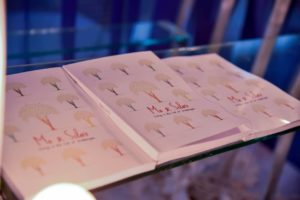 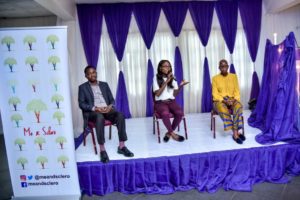 On Saturday, 3rd of November, 2018, Nigerians from all walks of life gathered at The Events Centre on Hakeem Balogun Street, Ikeja Lagos for the launching of a book titled, “Me & Sclero, Living a life full of challenges.” The author of the book is Sarah Jatto.

Many people do not know what Scleroderma is that is why Sarah decided to write a book to create awareness. 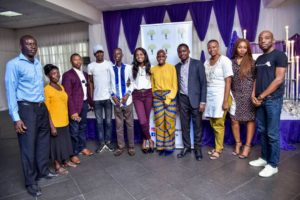 Sarah Jatto with some guests at the event

The Columnist learnt that Scleroderma refers to a range of disorders in which the skin and connective tissues tighten and harden. It is a long-term, progressive disease. This means it gradually gets worse.

It is considered a rheumatic disease and a connective tissue disorder. It is also thought to be an autoimmune condition, in which the body’s own immune system attacks the body’s tissues.

Scleroderma is not contagious. It may run in families, but it often occurs in patients without any family history of the disease. It ranges from very mild to potentially fatal. Up to1 in 3 people with the condition develop severe symptoms.

Many people do not know about the disease because it is rare. It is not contagious and it has no cure. The book “Me & Sclero” is a true life story of the author’s battle and challenges living with such a disease.

On November 3, 2008, she was diagnosed with a rare incurable condition called Scleroderma at 19 years old.

Saturday, November 3, made it 10 years that she has been battling life with this condition. Sarah is very passionate about spreading the Scleroderma awareness here in Nigeria where little or nothing is being done to create the much needed awareness. She is also using her story to inspire people living with various autoimmune disorders.

Ms. Tomisin Olagunju and Israel Usen both sufferers of Scleroderma were also at the event. Olagunju, said she has had this disease for 19 years. 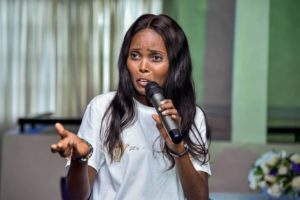 She spoke about her battle with this disease for 19 years and how it has changed her life. Addressing the gathering at the event, she said, “Scleroderma might be just a word to many people but to some of us, it is the scariest word ever.

“At the beginning, it was scary because things were happing to me that I didn’t understand. You go to the doctors and because they can’t diagnose it, they give you different drugs. I had the disease in 1999. I just noticed that my fingers were frozen. I thought it was normal Harmattan but it happened for days. Fast forward to some years later the real symptoms began. My hands would swell like sausages. I had to go see a dermatologist. That was when I first heard the word Scleroderma. It was like I won a jackpot that day. I was happy that at last I was able to know my problem. I started making research. I read everything I needed to read on the disease.”

She hailed the author for writing this book, saying, “I don’t think anyone can write in detail like Sarah. I related so much to everything in her book.”

One of the things that resonated with her in Sarah’s book is how people acted towards her at the early stages.

She continued, “I was in the university then studying architecture. It was very difficult for me. I had a roommate who was so weary of me that she could not hide it. She would say please do not infect me. I hardly cross people’s paths so they won’t insult me because of the way I look. With time, I got comfortable in my own skin.

“The scariest part is that there is no known cause. You just sleep and wake up and find out you have it. No one does anything to get it. You wake up every day to fight it. Some people spend about N100, 000 a month for treatment while some spend N800, 000 twice in a year depending on the severity. 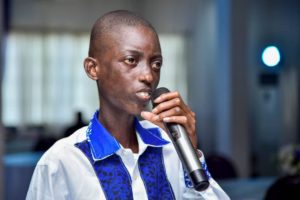 Speaking further, he told the audience about how he faces discrimination because of his condition. “I remember an incident some years ago,” he said while wiping his tears. “It was raining heavily but I could not get into a bus because of the way I look. A bus conductor told me to get out of his bus that day. I trekked back home 5 miles with tears rolling down my cheeks.

He implores the government to do something urgently about people going through similar problems.

He said, “I would like to see government come to our aid. As it stands it seems the government doesn’t care about us. My dream is to wake up one day and hear that this disease now has a cure. Going through this Scleroderma in poverty makes you feel like you do not exist. I want to thank Sarah for the support she gives me. We rise by helping others.” 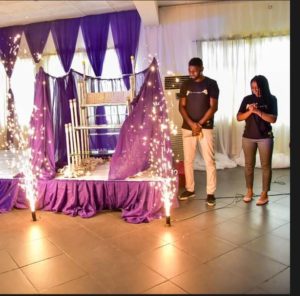 Siblings of Sarah, Emmanuel and Omosofe Jatto launching the book

In the words of the author “exactly 10 years ago, I was diagnosed with Scleroderma. Many did not make it past one year. I thank God Almighty that I have continued to excel. I did not used to look this way. I looked a lot more different.

“When I wake up in the morning it would look like I was involved in a boxing match at night because my face would be swollen.

“I want to make it clear that Scleroderma is not a communicable disease. For instance a cold could be passed on but Scleroderma can’t.

Like the two speakers before her, she also spoke about how unruly some people behaved towards her. But unlike Israel, Sarah seemed to make fun of her experiences with a smile on her face. She said, “Some years ago I bought a drug from a pharmacy and the pharmacist was scared of putting the change in my hand. She dropped it on the table. I was angry.

“People avoided me. They would rather jump into a crowd than move close to me. I would normally go home and cry. It takes a lot of strength to deal with what we are dealing with.

“I became a freak show as year after year layers of my pigment disappeared. Each day before I went out, my armour – headphones of distraction, clothes of individuality, and footwear of courage – was all I needed to be secure. These things comforted me and were my protection from the world’s cruelty. Outwardly I appeared self-assured; however, inwardly I was fighting a war of insecurity as managing my pigment drew so much strength from me.

“Imagine people walking doors at doors or almost crashing vehicles because they weren’t satisfied with glancing. Or walking through town and you can feel people whispering to each other and all of a sudden people’s heads turn in unison to gloat. How about people crossing the road when they see me coming because they don’t want us to mistakenly brush each other or those who do a matrix weave when passing because it’s too late to change course.

Sarah founded ‘Me & Sclero Foundation’ in May 2015. The foundation is currently in partnership with the Lagos State Government, Ministry of Health department to help support Scleroderma patients and their families. 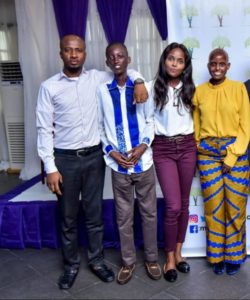