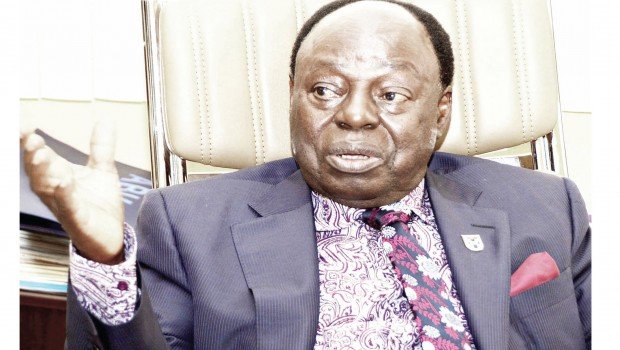 “I intend to highlight how the resuscitation of the bank would boost education and reduce unemployment amongst the youths of this country”.

Inadequate funding of “education and youth unemployment” are two issues which continue to attract public discourse in Nigeria. Over the years, government funding to education has decreased leading to various crisis within the educational sector. Strikes, dilapidation of structures, massive exodus of qualified personnel to foreign universities, otherwise known as brain drain are some of the ills with which Nigerian tertiary institutions are identified. Closely related to the downturn in the fortunes of the educational institutions is the rising youth unemployment. Many graduates lack the proper or adequate education to make them employable even within the country.

Rising state of poverty in the country

With the coming of the next elections, I remain of the firm conviction that these issues deserve the attention of those aspiring to political office. This is so as they both have contributed to the rising state of poverty in the country. In the coming weeks, I will draw attention to the need to resuscitate the Nigeria Education Bank (EDUBank) which was established in 1993 during Babangida regime purposely to provide short term loans to parents and students for educational development or projects. However, it was wound up in 2003 due to fraud and non-remittance of repaid loans back to the headquarters by staff of the bank among other reasons which I will address later. I intend to highlight how the resuscitation of the bank would boost education and reduce unemployment amongst the youths of this country. In addition, I will highlight how inadequacies and fraud can be curbed if the bank is to be established.

Prior to independence, unemployment and poverty were not the problems that they now pose to the country. Jobs were available for the few educated Nigerians. Even those who were not deemed educated by western standards did not suffer a shortage of jobs. This was perhaps due to the low population of the country. In 1955, the population of Lagos numbered at 312,000. By 1980, due to rural urban migration, it has risen to about 3000000 (three million). In the immediate period after independence, unemployment was still not a problem. Most graduates already had job offers even before leaving school.

In Nigeria unemployment rate is reported by the National Bureau of Statistics. From 2006 to 2011, the unemployment rate averaged 14.6%. It recorded a record low percent of 5.6 in December 2006. In 2011, it recorded an all-time high of 23.9%. At a time, figures released from the National Bureau of Statistics stated that 5.3 million youths are jobless in Nigeria while 1.8 million graduates enter the labour market every year.

The problem has been on for some time due to the inability of authorities to track the numbers of persons entering the labour market every year. As at the 3rd quarter of 2017, the unemployment rate in Nigeria , according to  africacheck.org stood at 18.8% while the total percentage of unemployed and underemployed stood at 40%. The body stated as follows:

“Nigeria’s latest unemployment data is for July to September 2017. A total of 51.1 million people was estimated to be in full-time employment during this period, or working at least 40 hours a week. The country’s unemployment rate stood at 18.8%, as Spectator Index had tweeted. It was the twelfth consecutive rise since the last quarter of 2014. (Note: Nigeria experienced a slowdown in economic growth from 2014 and entered into a recession in 2016, only exiting it in the second quarter of 2017.)In absolute numbers, the number of people who were unemployed had increased to an estimated 15.9 million, while the underemployed were at about 18 million (21.2%).Combined, 40% of the country’s labour force were therefore either underemployed or had no job.”

Where there is unemployment there is bound to be poverty. If young Nigerians after acquiring educational or vocational training are unable to find jobs, there is bound to be an effect on the rate of poverty in the country. Ours is a society which places emphasis on the nuclear structure of the family with the effect that a salary earner in most cases is responsible for the upkeep not only of his immediate family comprising of his spouse and children but comprising also of a retinue of relatives. Thus the unemployment of one individual in our society is bound to affect the abilities of several others to maintain a meaningful or reasonable level of economic existence.

The rising state of unemployment has not been helped by the the astronomical growth in the country’s population. Nigeria prides itself as the most populous black country in the world. With an estimated population of over 180,000,000 it is a claim that is beyond dispute. On the continent of Africa itself the population of Nigeria is the highest as it beats Ethiopia, with a population of about 88,000,000 people, to a very distant second.

On a global scale, Nigeria as at July 2016 was ranked 7th with a population count higher than those of countries such as Japan, Mexico, Russia, Italy and the United kingdom! The latest research shows that about 5.5 Million Nigerians are yearly added to the population. According to the United Nations, the population of Nigeria will reach 391 million by 2050 which might make Nigeria become the 4th most populous country in the world.

In 2100, the population of Nigeria is projected to reach 545 million. That is quite a lot and is well above the population of approximately 38,000,000 people recorded in 1950. These numbers are worrying. Reporting on the astronomic growth of the population in Nigeria, Elizabeth Rosenthal in an article titled “Nigeria tested by rapid rise in population” published in the April 14th 2012 edition of the New York Times stated as follows:

“In a quarter-century, at the rate Nigeria is growing, 300 million people — a population about as big as that of the present-day United States — will live in a country  roughly the size of Arizona, New Mexico and Nevada.

In this commercial hub, where the area’s population has by some estimates nearly doubled over 15 years to 21 million, living standards for many are falling…As graduates pour out of high schools and universities, Nigeria’s unemployment rate is nearly 50 percent for people in urban areas ages 15 to 24 — driving crime and discontent…Last October, the United Nations announced the global population had breached seven billion and would expand rapidly for decades, taxing natural resources if countries cannot better manage the growth….Nigeria, already the world’s sixth most populous nation with 167 million people, is a crucial test case, since its success or failure at bringing down birthrates will have outsize influence on the world’s population. If this large nation rich with oil cannot control its growth, what hope is there for the many smaller, poorer countries?”