Home Columnist The Club of 50 – By Ray Ekpu 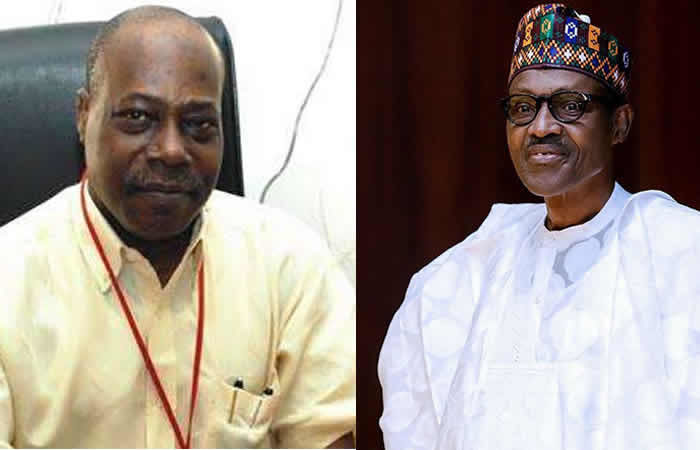 It is Mark Twain, that man of abundant wit, who said that “every man is a moon with a dark side he doesn’t show anybody.” So you can hardly identify a corrupt man from a distance or at close range. Some exhibit their illegal collection by buying many exotic cars, buying or building expensive high rise buildings in choice locations around the world. Others buy such play things as private jets or yachts and live a roller-coaster life of grand opulence. President Muhammadu Buhari has been trying to whip hard those he suspects to be moving about with dirty fingers, fingers they soiled by dipping them into our national wallet and running away with the loot. It is not an easy job because most of them are masters of artful evasion. In other countries corrupt people largely invest their loot in their countries. In Nigeria, most of the loot is probably domiciled abroad so that they cannot be found out. But the world is becoming smaller, thanks to technology and those looted assets cannot be truly hidden anywhere on this planet for long.

President Buhari has assigned himself a most difficult task: fighting corruption. Fighting corruption is the equivalent of biting the bullet. That is not easy at all because corruption is consummated largely secretly by a small number of conspirators whose pockets are also oiled for the purpose of cooperation and non-disclosure. But nothing is truly a secret when two or three persons are involved. Besides, with the introduction of the amebo scheme called whistle blower policy Nigerians who want to get some awoof are ready to spill the beans for a big pay day. Despite this the battle is not easy because the corrupt are well loaded, very influential and affluential. These attributes make the fight tough and I believe that it is a mark of frustration that the results of the fight against this monster are not rapid enough that Buhari has resorted to the use of the controversial Executive Order Number 6.

The scheme, according to the signed document by Buhari, aims at protecting the assets (of the allegedly corrupt) from dissipation by using all available lawful or statutory means to prevent the transfer or withdrawal of these assets until the courts have concluded the matter.

The Attorney General is permitted to use the court to block, freeze or confiscate such funds or assets he suspects are products of corruption pending the conclusion of investigation or legal action. Anyone who interferes with the process or destroys evidence or corrupts witnesses in cash or kind inducements or generally perverts the course of justice is asking for trouble. And trouble he will have. All enforcement authorities such as the Police, Immigration, Customs etc are directed to diligently and vigorously enforce the order. Non-compliance on their part will attract sanctions.

A High Court Judge, Justice Ijeoma Ojukwu had in her judgement on October 11, 2018 validated the Executive Order. However, two lawyers Kenneth Udeze and Ikenga Ugochinyere have filed a notice of appeal and notice of injunction seeking to restrain the President and the Attorney General or their agents from effecting the Executive Order until the appeal is determined.

A few days ago, The Nation newspaper published a list of 50 persons who are prohibited from travelling abroad based on the Executive Order. Then there was a loud, gut-wrenching scream from many quarters accusing the Federal Government of infringing on the rights of the listed persons to freedom of movement especially as they have not been convicted by any court of competent jurisdiction. Some analysts saw it as one more step towards the hell-gate of dictatorship. The government apparently stunned or stung by the public reaction mumbled something namely that it did not release any list. But it did not say whether or not a list like that exists nor did it accuse The Nation which has established itself as a credible source in such official matters, of fake news. Since there is no definitive denial from the government it is safe to conclude that the published list is authentic. The list which is hereby named the Club of 50 contained in its bowels, the names of a few dead persons. This is evidence of sloppiness, the same kind of tardiness we saw in the list of chairmen and board members released some time ago. In that list the dead were also given some appointments while they were relaxing in their graves. This tardiness indicates that these lists are often compiled with more haste than care and obviously by officials who are more absent-minded than present-minded. It is good to ask whether sloppiness is to them a form of intuitive freedom. Some names which ought to be listed are also missing which reduces the compilation to a partisan list.

There is convincing logic about banning the alleged corrupt persons if you avert your mind to the fact that rich Nigerians are like locusts. They love to travel. Some years ago there was a Lagos socialite called Ajala who was obviously bitten by the travel bug. His frivolous trips abroad were hailed by a musician who even waxed a record in praise of his peripatetic adventures. Nigeria’s big men are nomads. A few years ago, a Minister of Finance told us that many Governors were always travelling abroad as soon as the sharing of money to states was done in Abuja. That meant that the dollars were always in sharp demand at the end of every month. At a certain point it seemed that it was possible to hold a meeting of the Governors’ Forum abroad because many of the members were junketing in Europe and America, all at the same time.

But seriously, I doubt whether their inability to travel can stop them from doing transactions abroad since their spouses and children and partners are not banned. With the gift of modern technology they can still do financial transactions without being personally present because their co-conspirators abroad can pave the path for them.

What bothers many people with the presidential order, even those who support the anti-corruption campaign, is the fact that those people listed have not yet been found guilty of any crime. But they are receiving punishment without conviction. In the event that they are finally discharged and acquitted how will they recover their rights which have been infringed upon? They will only shake their heads, lick their lips and go home with their pyrrhic victory. That is the problem that bothers people like me who support unconditionally the fight against corruption even when I do realise that it is not fought fairly and evenly. This may not be the equivalent of a holocaust but it is a problem in a democracy. The reason that many Nigerians fought trenchant battles against the military authorities for Nigeria to return to democracy was for the safeguarding of their rights and freedoms. The Buhari government probably thinks that since fighting corruption is a noble idea, any method it uses in dealing with the monster is also noble. Not so, the end does not justify the means in this case because the loss of freedom by an innocent person is, in the final analysis, irrecoverable.

We must admit that there is no primrose path to fighting corruption. That is why the government thinks it has to create rules to stop the survival of the dirtiest among us. As we speak it is certain that corruption is still being plotted, being executed. New holes are opened, new tricks devised and new converts won by the corrupt to their club. That is because a lot has changed about the management of Nigeria. The security of tenure that civil servants used to enjoy is gone. Uncertainty of tenure tempts some wayward public servants to put aside something illegal for the rainy day. Isn’t that why they put ghosts on the payroll? Today, it is fashionable to exhume people from retirement and plant them in offices where career civil servants should occupy. The career civil servants who looked forward to reaching the peak in the careers are shortchanged and frustrated. Today, it is fashionable to extend the tenure of favourites who have reached retirement age as if other competent people in service cannot do the job. If we do not curb these deviant and aberrant actions which destroy the espirit de corps, spirit of service, the governance rules which had sustained the service for decades we will only continue to do this emergency fire-fighting without preventing the fire from being lit in the first place.

There is a renewed fight by President Buhari against corruption because he apparently feels this is a major accomplishment he would put on flaunt before the voters next year. This is a good idea but for me there must be concrete ideas put forward for the prevention of corruption before it sprouts and grows like an elephant. That will be an affirmation of the traditional maxim that prevention is much better than cure.