Home Columnist 2019: The choices before us – By Ebun Adegboruwa 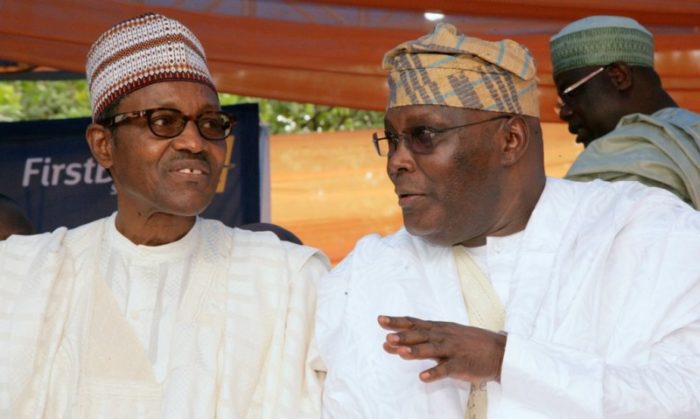 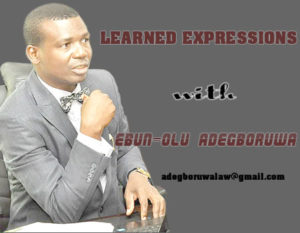 POLITICAL activities have now gone full scale, with the conclusion of the primary elections of the political parties. However, the questions on many lips in Nigeria today are: Who should be the president of this great nation, come 2019? What are the factors that should guide the decision of voters in the choice of president? We started this democratic journey since 1999 and by now, we should have a fair idea of how leaders do emerge, every four years.

Since 1999, we have not had any real deal as voters from those aspiring to public office, as elections have been basically decided upon party lines or for the candidates. In most cases, it is much after the swearing-in that the president would unveil his agenda for governance. The Peoples Democratic Party (PDP) while in the saddle at the federal was never committed to any basic programme of action, in canvassing for votes, beyond the oft repeated mantra of being the largest political party in Africa. The closest we ever got in terms of party manifestos was the ill-fated document posted on the website of the All Progressive Congress (APC) as “Manifesto of the APC,” which has since been denied, derided and abandoned by both the party and all its leaders.

Sections 221-229 of the 1999 Constitution deal directly with political parties. We can take a cue from Section 224 of the self-same Constitution, which states that “the programmes as well as the aims and objectives of a political party shall conform with the provisions of Chapter II of this Constitution.” Now, Chapter 2 of the 1999 Constitution deals with the ‘Fundamental Objectives and Directive Principles of State Policy’, all of which seek to ensure that Nigeria shall be a State based on the principles of democracy and social justice (as opposed to dictatorship or military rule); gives sovereignty (ultimate power) to the people of Nigeria; that the security and welfare of the people shall be the primary purpose of government; that the government shall be inclusive and run in line with the Constitution; that the running of all governments shall reflect federal character; that Nigeria shall be governed upon the ideals of social order founded upon freedom, equality and justice; that government shall ensure that there are equal and adequate educational opportunities at all levels; that government shall provide roads and other infrastructure; that press freedom shall be guaranteed and that the economy of Nigeria shall be run in such a way that its commanding heights are not concentrated in the hands of a few, etc.

This indeed is the essence of governance. So that even if the political parties have no manifestos and their candidates have no programmes, the Constitution has, on its own, set out the template to be followed by all political parties.

In canvassing for votes in 2015, the APC had promised restructuring as its main political agenda, but no sooner than it got to power than it jettisoned that plan and Nigerians had to remind the ruling party of its promise. In the days of old, you could easily identify political parties by their programmes. For instance, the Unity Party of Nigeria (UPN) was known all over the country for free education, the National Party of Nigeria (NPN) prided itself in provision of housing and agriculture; and the parties indeed set out to fulfil these promises in all the places where they held sway. It was said that in the days of UPN, Chief Obafemi Awolowo would ensure that the budgets of the UPN-controlled states contained enough safeguards for free education and that at a time in Lagos State, Chief Awolowo insisted on attending the House of Assembly session with the governor then, Alhaji Lateef Jakande, to be sure that the budget to be presented for approval had free education well captured in it. Now that is leadership.

Tying electoral choices to issues and programmes is the best way to fight corruption, by ensuring that state funds are directly linked to projects, and avoid loose funds flowing everywhere, in the name of security votes. If a President or Governor is aware that his political party has signed a document to implement free education at all levels, with the people of Nigeria whilst canvassing for their votes, then he would have less funds to steal and loot; if there is already a working document by which a candidate and his political party have been legally bound to provide 20,000 megawatts of electricity within four years of their ascension to power, and this document is enforceable and binding, then, of course, the citizens can very well relax and wait for any leader to dare violate the terms of the manifesto. Once political parties and their candidates have no binding document beyond the annual rituals of budgeting, then they have loose funds to play around with and corruption will continue to thrive.

Flowing from all the above, the choice before us in 2019 should not be about Atiku Abubakar, as to whether he has the propensity to be corrupt; it should not be about Muhammadu Buhari, as to whether he claims to be a saint, and it certainly should not be about Kingsley Moghalu, to dwell in sophistry and utopia; it should not be about Fela Durotoye or Omoyele Sowore, to lure us with youth populism and endless zeal, but rather about programmes and policies. What should drive the campaigns of the parties and their candidates should be about infrastructure, it should be about restructuring and how it will be implemented and there should be a working document, spelling out these policies, signed and duly executed, to become binding and enforceable. So, the choice before Nigerians now as to who should be President in 2019 should not be determined upon empty slogans and fake promises, but rather a firm commitment to the implementation of the letters of Chapter 2 of the Constitution, in the areas that would impact positively upon the lives of the majority of our people.

The choice before us in 2019 should be about free, fair and credible elections. The choice of who should be the President in 2019 should be based on issues and programmes rather than petty considerations of strength of character or personality flaws. We have now seen weak characters rule us as president, we have witnessed the leadership of the men of steel and courage, all of which have not translated into effective leadership or delivered the much coveted dividends of democracy. We should graduate to a point in Nigeria when leaders can be held accountable to their campaign promises, when political parties can be forced to comply with the letters of the Constitution, as a working document to achieve free education, human rights and freedoms for all citizens, and to take leadership as a platform for the provision of massive infrastructure for all our people and not leadership of idols and heroes or villains.

Come 2019, we should all be in a concrete position to vouchsafe that our votes will count and that those to be proclaimed and declared as leaders are those that emerged from the true choices of the people. We should reduce less of leaders declared by courts and anointed by godfathers, as the Constitution is clear on the point that, sovereignty should belong to the people, as once the leader is imposed or forced upon the people, then they have lost sovereignty.

Come 2019, the decision on who should be voted in as president should be based on the common good of our people and not on empty promises made on the soap box, all of which have not taken our country anywhere but rather to empower the leaders and pauperise the people.