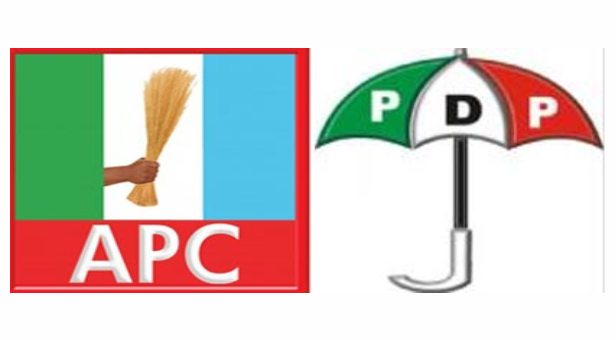 It was a week of political drama across the country. Party primaries were held, cancelled, restored or redone, demonstrating the intensity of the struggles for party nomination. In a country where politics has become the most lucrative profession, no task is harder than electoral struggle. Party primaries and elections are serious battles with the possibility of casualties. All kinds of intrigues and methods are employed in the process.

It all happened last week during the various party conventions. In some cases, possible winners were disqualified from participation, while others were sidelined for belonging to the “wrong” faction or otherwise failing to toe the party line. In most cases, preferred party candidates emerged, from Lagos to Sokoto and from Imo to Borno. Once the controversial governorship primaries in Lagos and Imo were settled, all eyes were set on the outcome of the presidential primaries.

We knew all along that the struggle for the seat of power in the 2019 presidential election would be between the candidates of the two dominant political parties, the All Progressives Congress and the Peoples Democratic Party. We also knew that President Muhammadu Buhari would be the candidate of the APC.

However, there were several unknowns, two of which are crucial: We did not know who would be the PDP candidate. We also did not know who would be the candidate of the Social Democratic Party, whose profile increased with the recent Osun governorship election, where its candidate, Iyiola Omisore, occupied a respectable third place. I had always thought that if the SDP came out with a formidable presidential candidate, we might as well have a three-way presidential race in 2019.

We had some of the answers last weekend, when various presidential candidates emerged — President Buhari for the APC; former Vice-President Atiku Abubakar for the PDP; and former Governor of Cross River State, Donald Duke, for the SDP. As it will be argued further below, Duke’s participation in the race might be more important for its spoiler value than for its role as a weak third force.

This immediately leads to various possible permutations. For example, could Atiku approach Duke as a running mate? After all, the SDP formed a coalition with the PDP in 2015 and was named in September 2018 as one of the participants in the coalition with the PDP for the 2019 election. Such a possibility is, however, minimised by the limited electoral gains Atiku might get from Duke’s South-South zone, which is already solidly PDP.

This leaves Atiku with a possible choice from the South-East or South-West, the former to galvanise Igbo votes and the latter to reduce the influence on the South-West of Bola Tinubu, the National Leader of the APC. Buhari and the APC may have a great run on their hands were Atiku to pick Oby Ezekwesili as a running mate. Not only may she be able to garner some Igbo votes, she also may garner some women’s votes. Ezekwesili, you may recall, is a former minister and a former Vice President of the World Bank, who also leads the Bring Back Our Girls Movement.

If Duke and Ezekwesili remain on the ballot through the 2019 elections, they may well tilt the balance of victory between the two dominant parties. In all likelihood, the APC may be the bigger loser of the two. Since it is the party to beat, it needs all the votes it can garner to be able to withstand the PDP onslaught.

Another question is about the PDP’s claim of having formed a coalition of over 30 political parties to fight the APC by presenting a joint presidential candidate in 2019. Since most of the participating parties currently have their presidential candidates lined up, it remains to be seen when the coalition will kick off. If it is indeed true that such a coalition exists, then the APC should be prepared for a last-minute game of surprise by which minority parties would gang up against it.

The APC also should be prepared for a vicious campaign of calumny, including the manipulation of public opinion with both physical and verbal thuggery, the like of which we have witnessed in Rivers State, which has become the de facto headquarters of the PDP.

By far, however, the most important observation about last week’s primaries across the country is what the events tell us about the status of our democracy and the nature of political parties in the system.

As I have argued repeatedly on this column, political parties are the engine of democracy. Yet, the political parties in our democracy are grossly unhealthy. They exist only for the purpose of nominating candidates for election. Once this function is removed, it is safe to say that there is only one political party in the country, regardless of the actual number of parties registered by the Independent National Electoral Commission. That party is devoid of ideology. It is this lone party that is differentiated into various platforms for the purposes of election. It is the movement across platforms that we have come to recognise as party switching or defection.

As witnessed within the last three months, the movement typically occurs as election approaches, and it reaches a peak during the primaries. Thus, in 2014 and 2015, there was an exodus from the PDP to the APC by those for whom the PDP was no longer a profitable platform.

A reverse exodus took place within the last three months once they discovered that their opportunities had also become limited. That’s why most of the aspirants for the PDP ticket last week were members of the APC until recently.

Another interesting observation from last week’s conventions is the revolving doors our politicians have created for themselves. Some move from senator to governor, while others move from governor to senator or to President. It doesn’t matter how many platforms (or political parties) they traverse to attain their goal. What matters is the goal, and they can do anything to attain it.

As the Broom and the Umbrella engage in electoral battle over the next few months, it is important to ask the candidates what they have in store for us. They must tell us what they want to do over the next four years. And they must do it publicly, possibly in a televised debate.