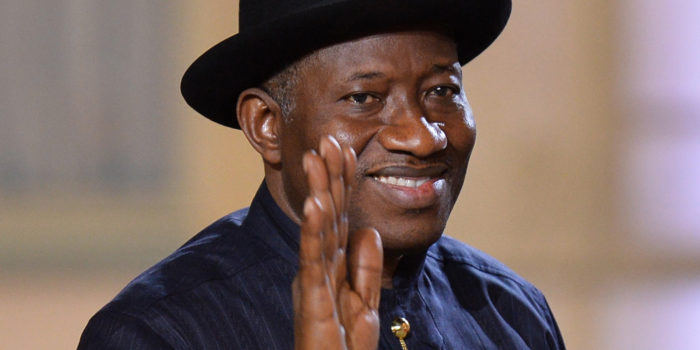 HOW a discredited former president, Goodluck Jonathan, promoted peace has been highlighted again as an enduring lesson for political players in this political season. Though the story has been told in various forms since 2015 when Jonathan conceded defeat to then-challenger Muhammadu Buhari, it has now been retold in a more clarifying form.

Jonathan shouldn’t have lost the presidential election if he hadn’t lost his sense of reality.  He underrated the response of the electorate to bad governance. The wave of change under the ruling All Progressives Congress (APC) exposed how mind-boggling corruption corrupted the Jonathan administration. Jonathan’s 60th birthday last year was a time to think about the power of performance and the powerlessness of non-performance.  In the final analysis, democratic leaders are expected to pass or fail based on their performance and the evaluation of the electorate.

Three years after Buhari’s historic victory in the 2015 presidential election, the National Peace Committee, on September 25, released an illuminating report titled “2015 General Elections: The Untold Story.”  The main point of the report is that the committee did not pressure Jonathan to concede defeat.

The report explained: “At this point, the Buhari Campaign team were yet to address the press on the historic development and as such, many Nigerians got the news of the concession from General Abubakar’s brief media scrum with State House Correspondents, which perhaps helps create the wrong, but widespread impression that the committee sat with President Jonathan at the Villa as the results came in and had directly prevailed on him to concede.”

It is noteworthy that Buhari had also painted a picture of what happened.  He told State House correspondents during the activities marking his first anniversary as president in May 2016 that he was shocked when Jonathan conceded defeat so easily after the March 2015 presidential election.

Buhari had said: “This is where I pay my respect to former President Goodluck Jonathan. This is actually privileged information for you. He called me at a quarter-past-five in the evening. He said, ‘Good evening, Your Excellency, sir’ and I said, ‘Good evening.’ He said, ‘I have called to congratulate you that I have conceded defeat.’ Of course, there was dead silence on my end because I did not expect it. I was shocked. I did not expect it because after 16 years; the man was a deputy governor, governor, vice-president and was president for six years. For him to have conceded defeat even before the result was announced by the Independent National Electoral Commission, I think it was quite generous and gracious of him. Gen. Abdulsalami recognised the generosity of Jonathan to concede defeat and said we should go and thank him immediately and that was the first time I came here.”

The 51-page report also drew attention to another significant happening that puts Jonathan in a good light.  The report said: “A meeting with Jonathan was held at the Aso Rock Villa in the afternoon of Wednesday, March 25, 2015. At the meeting, he (Jonathan) raised some issues concerning the state of the nation, the threat of violence by the opposition (APC) based on allegations that he (Jonathan) and his party were planning to rig the elections. He (Jonathan) noted that he took very seriously the threat by leading members of the opposition to form a parallel government in the event that they didn’t win the elections, but that he chose not to react to such apparent treasonable acts in the interest of peace.”

It is unclear why the committee released its report at this time, three years after the event.  But, ironically, it is a timely release. With the 2019 general election within view, the report is food for thought. By conceding defeat, Jonathan demonstrated a desirable spirit of sportsmanship. The report is a reminder that he could have chosen another path, with consequences for the polity.

When Jonathan was honoured with an award, 2015 International Person of the Year, by African Sun Times, his critics trivialised the recognition.  Jonathan had said: “We proved that nobody’s political ambition is worth the blood of any Nigerian or any national of any country for that matter. That, to me, is a most worthy testimonial of the character of the Nigeria nation and the resilience of our people, which is why I dedicate the honour to them.”

Politicians need to understand that politics is a stage and players will have their exits and their entrances. Whether they are exiting or entering, politicians must do so with a sense of what is sensible.

It is commendable that the National Peace Committee has re-energised its efforts. It is a reflection of the political situation that General Abubakar told journalists  after the committee met  with the Independent National Electoral Commission chairman, Prof Mahmood Yakubu, and the heads of security agencies in the country: “As you are all aware, we are approaching 2019 general elections and already you are very much aware of how politics has been heated as a result of which we decided to stop at nothing to ensure that there is peace in the country and that the politicians play by the rules of the game and also that security agencies and the INEC play their roles accordingly.”

It remains to be seen whether the 2019 general election will be conducted peacefully; whether politicians understand that victory or defeat is not as important as peace.