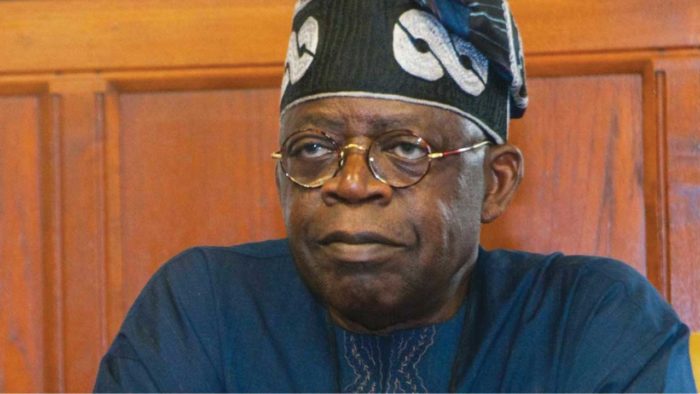 “One of the reasons people hate politics is that truth is rarely a politician’s objective. Election and power are” – Cal Thomas

Three topical issues for musing this week are; the long expected resignation from the federal cabinet of the embattled certificate forger, national service dodger and the Minister of Finance until last Friday, Mrs. Kemi Adeosun; the shocking replacement of the new acting Director General of the Department of State Services (DSS) and the tango between the Lagos godfather, Asiwaju Bola Tinubu and his godson, Governor Akinwumni Ambode.

In accepting Adeosun’s resignation President Muhammadu Buhari remained silent on what next for her as a criminal. The attention has been on Adeosun’s forging of the NYSC exemption certificate but the main offence that led her to forgery is trying to get exempted when she graduated at age below the statutory thirty years. It was in an attempt to loophole service that she walked herself into the scam.

President Buhari in accepting her resignation did not direct her to report to the Director General of NYSC nor did he direct the Attorney General of the Federation to prosecute her for the court to decide her fate. Instead they allowed her to escape to London the same way they allowed fugitive Maina to escape.

Perhaps with this government’s penchant for protecting criminals caught in their system, Mrs. Adeosun would soon be appointed Director of Finance of the Buhari Campaign Organisation. The other suspect, former Secretary to Government of the Federation, Lawal Babachir of the IDP grass cutter infamy after public opinion like the case of Adeosun caused his sack, instead of prosecution, got appointed as the North East Coordinator of the Buhari 2019 project.

Even if Adeosun can be forgiven for the forgery buying into her claim of being a scam victim, she should be made to participate in the service or she faces refund of monies collected from Nigeria as Commissioner and Minister. It’s long said that very day is for the thief and just one day for the owner. If the law is not allowed to take its course in her case, it would be a dangerous precedent because forgers and NYSC dodgers will cite it as reference.

The other musing topic trending is the appointment of a new Director General of DSS Magaji Bichi. The concern here is not the ethnic, geo-political and religious coloration in the Bichi’s appointment as a replacement for Mathew Sefiya. If Daura had been efficient, competent and playing by the rules his place of birth or religion would not have mattered.

The interest is on the confirmation which the appointment gave to the rumour that President Buhari may actually not have supported the August 7th sack of the former DG Lawal Daura. Even though the Presidency said then that the vacating President actually approved Daura’s sack that there is only one Presidency, the accompanying fallouts since then did not empirically support that assertion.

Rather the occurrences have put to question the Presidency statement and given meaning to the earlier report suggesting that the cabals were actually scheming to bring Daura back to office or at worse pick a replacement not Sefeiya.

But the trending issue for musing this week is the ambush on the Governor of Lagos State, Akinwumi Ambode over his second term project. The godfather is angry and he is not hiding it as he deploys his operatives to teach the governor the political lesson of his life.

Whether the godson has developed enough teeth in the last three years to fight back would be shown in weeks and months ahead. Whether the shaky empire of Aswaju Bola Tinubu is on the way to crumbling or is being reinvigorated, would also be determined from this raging battle.

Tinubu easily is the longest reigning godfather in the current political dispensation. He has held forth to his empire for 20 years. He probably got this far because he spread his tentacles to the entire South-West region even though they have started shrinking with rebels like Rotimi Akeredolu of Ondo, Dr. Kayode Fayemi of Ekiti and Ibikunle Amosun of Ogun and now Ambode right from the godfather’s headquarters all stoutly challenging him.

But the development raises the question about the menace of godfatherism in our polity that has been a huge nuisance.

Everything points to the fact that godfatherism never works in politics and the politicians have refused to understand. Perhaps it’s only in religion that God fathering works. Its operation in politics and business has been full of woes.

In support of this assertion, I wish to take us down memory lane of some memorable collapsed godfather projects in our polity lately.

In 1999, former Anambra State governor, Chief Jim Nwobodo as the then political godfather in Enugu State was planning to foist on the people of the state one Silas Ilo but along the line, a Unites States-based medical doctor, a kinsman of Nwobodo called Chimaroke Nnamani emerged brandishing both charisma and money and turned the attention of Nwododo to himself and he emerged governor in 1999. Soon after they fell apart and Nwobodo was chased out of Enugu.

Still in the same Enugu, when Nnamani finished his eight-year tenure he abandoned all his ambitious allies and picked a visibly uninterested Sullivan Chime who also distanced himself from Nnamani soon after he was sworn in. Given the opprobrium on Nnamani at the time Chime needed to do that quickly to be popular. This chain in Enugu has continued as the same Chime has even abandoned his godson Governor Ifeanyi Ugwuanyi and joined another party.

In Abia State, Orji Uzor Kalu aside picking his godson who was his chief of staff Theodore Orji and ensuring his victory even while he was incarcerated, but as we read today, the duo are not in speaking terms.

We are all familiar with the two latest godfather/son break up in Kano and Akwa Ibom states. Senator Rabiu Kwankwaso had always had a close political ally in Umar Ganduje whom he took along in all his political journeys including when he was a defence minister. After serving with him as deputy governor, Kwankwaso endorsed him as his successor, today they are bitter enemies.

In Akwa Ibom state, Senator Godswill Akpabio after eight years as governor abandoned all his allies and went and picked a young man apolitical banker Emmanuel Udom to succeed him, the rest is a known story to all suffice to say that they are today in different parties.

Ditto, Benue State where Senator George Akume after eight years in 2007, abandoned his ambitious aides and went for a member of the House of Representatives, Hon. Gabriel Suswam as his successor, his relationship with Suswan got so bad that he abandoned PDP for Suswam and in 2014 he sponsored another godson Dr. Samuel Ortom and as we speak Ortom is his latest on the list of sworn political enemies.

In Anambra, former Governor Peter Obi is still leaking the wound of picking Willie Obiano as his successor, same as Liyel Imoke of Cross River State whose no love lost with Governor Ben Ayade is also obvious.

Even in Delta where James Ibori after eight years handed over to his cousin Emmanuel Uduaghan, the duo are today not the best of friends with Uduaghan running to the ruling APC for cover.

Perhaps the most striking failed godfather/godson case is in Rivers State where Rotimi Amaechi had to severe relationship with his hitherto boss and friend Dr. Peter Odili.

Not even at the national level is the godfather thing working well. Former President Olusegun Obasanjo has sour tale to tell. After he abandoned his vice for eight years Atiku Abubakar for late Umaru Yar Adua in 2007 expecting to be in control of then ailing President, this was not possible as he had already lost control of Yar’Adua even before he died. His attempt to cage Goodluck Jonathan and later President Buhari also met stiff opposition.

Against all these verifiable cases of failed godfather/godson projects, why should anyone still be expecting to play god. I think it’s necessary for Tinubu to know as a fact that in a democracy no dynasty lasts forever and the earlier he bears this in mind that his reign will end one day the better for him. If Tinubu goes ahead to deny Governor Ambode a second term ticket ignoring all the interventions, he should adjust himself to the accompanying consequences which could end his 20 years grip of Lagos State. It’s only one bad decision that makes a General lose battle he has been winning. And it’s only when we stop playing God that God plays through us. A word is enough for the wise.